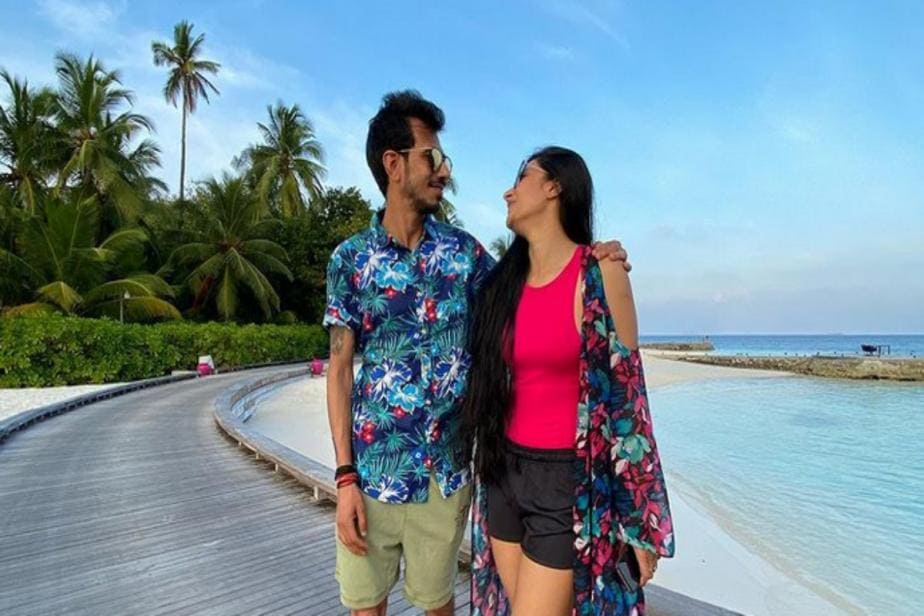 Chahal and Dhanashree got engaged last year in August 2020. They tied the knot on December 22 in Gurgaon in an intimate ceremony.

India leg-spinner Yuzvendra Chahal and his wife Dhanashree Vermakeep hitting the headlines time and again. The couple, who got married in December last year, often capture the attention of fans with their adorable social media exchanges. Shortly after their wedding ceremony, the pair took off to Dubai for a honeymoon. Now, the cricketer and choreographer are off for a vacation tothe Maldives and the photos are proof that they are having the time of their lives. Keeping their fans well-updated about their vacation via social media, the duo has been posting snippets of their happiness and chemistry time in the picturesque country.

As expected, the photos and videos shared by Chahaland his wife Dhanashree have been getting all the love from their fans on Instagram.Two days back, Chahal took to Instagram to share a beautiful picture with his wife. They were seen posing by the beach with a picturesque view in the background. He captioned it as, “Not a bad place to be lost.”

In another photo, Chahal shared a romantic moment between him and his better-half. They could be seen holding hands looking at the sky in the beach photo taken from behind. They also can be seen twinning their outfits in breezy silhouettes and floral prints. Chahal used a romantic caption saying, “At the right place, right time with the right person.”

Dhanashree, who is an avid social media user, decided to fill up her timeline with some stunning pictures from their vacay. In one photo, she gave a peek into her creativity.

Chahal and Dhanashree got engaged last year in August 2020. They tied the knot on December 22 in Gurgaon in an intimate ceremony. She travelled to the United Arab Emirates (UAE), where her husband played for Royal Challengers Bangalore (RCB) in the Indian Premier League (IPL) 2020. Chahal featured in five out of the six limited-overs games for India in Australia. He was awarded the Player of the Match in the first T20I after he came in as a concussion substitute.