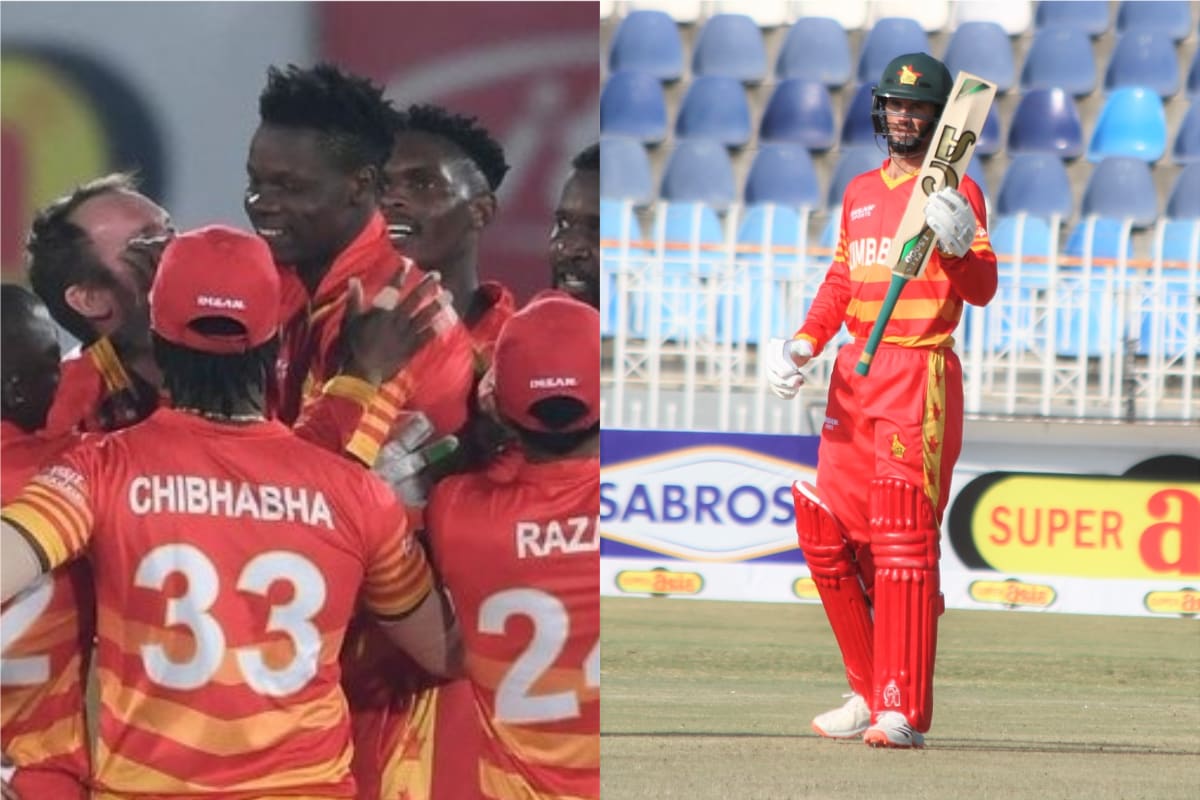 Zimbabwe on Tuesday beat Pakistan in a Super Over tie-breaker in an epic third One-day International that featured a century and a five-wicket haul each from both sides.

Pakistan won the series 2-1 on account of their victories in the previous two matches.

Pakistan seemed to slip to defeat until captain Babar Azam found able support in the lower middle order. He first shared a 63-run stand with Khusdil Shah for the sixth wicket and then put up 100 runs for the seventh wicket with Wahab Riaz. Babar was dismissed off the last ball of the penultimate over with a run-a-ball 125 after which Muhammad Musa saw the hosts through to the Super Over.

Zimbabwe fast bowler Blessing Muzarabani won Player of the Match award for his figures of 5/49, providing the wickets of Khushdil, Wahab, Babar, and Imam-ul-Haq. He dismissed Shaheen Afridi and Babar off consecutive deliveries in the last balls of the 49th over.