The International Cricket Council (ICC) have given Zimbabwe Cricket (ZC) a deadline till October 8, 2019 to ‘unconditionally reinstate’ its governing board that was democratically elected on June 14, failing which it will be forced to take further action including termination of membership. 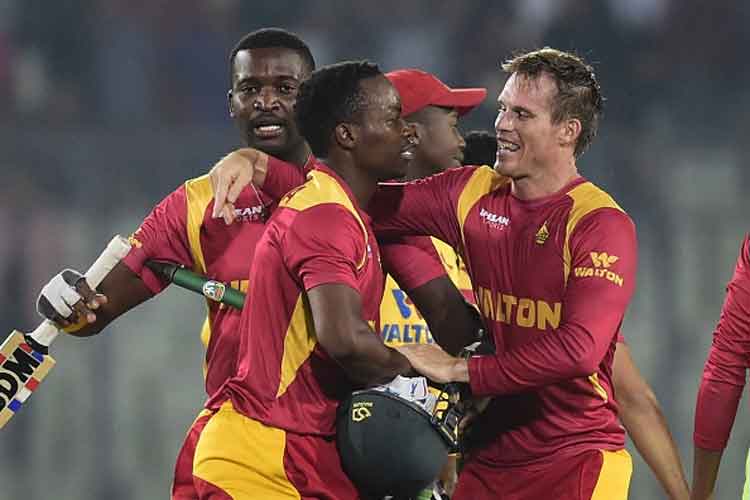 The International Cricket Council (ICC) have given Zimbabwe Cricket (ZC) a deadline till October 8, 2019 to ‘unconditionally reinstate’ its governing board that was democratically elected on June 14, failing which it will be forced to take further action including termination of membership.

The ZC board currently stands suspended by the ICC, a decision taken in the annual conference in London, after it was found guilty of political interference from the Sports and Recreation Commission (SRC), a government-run enterprise in the country.

The deadline for Zimbabwe to fix their mess means the nation will not feature in the women's and men's 2020 T20 World Cup qualifier, set to be held in Scotland in August-September and in Dubai in September-October respectively.

“Should you wish the ICC to reconsider your suspension, you are required to take all relevant steps to ensure that the board of Zimbabwe Cricket elected on 14 June 2019 is unconditionally reinstated forthwith and, in any event, no later than 8 October 2019 so that the ICC Board can review the matter when it convenes on 12 October 2019 for its next meeting,” an ICC statement reads.

“You are also required to provide satisfactory evidence to ensure that the Zimbabwe Cricket will administer its affairs free of external interference and influence.

"Should the ICC not receive a satisfactory response from you on the above terms, within the stipulated timeframe, the ICC reserves its right to take such further action as it deems appropriate including to proceed by way of termination of your membership as provided for in the Articles of Association,” the statement added.

The ICC also categorically mentioned that ZC were found in breach of Articles 2.4 (D) and (E) of the ICC Articles of Association. The ICC will convene for its next meeting on October 12, four days after the deadline set for Zimbabwe.

Zimbabwe have already pulled out of the upcoming triangular series including Bangladesh and Afghanistan in September.

Last week, ZC notified in a statement its inability to stage domestic competitions or fulfill the obligations of the Future Tours Programme due to frozen funds.​