Alastair Cook will be badly missed on and off the field when he retires, England assistant coach Paul Farbrace said on Sunday, with the opener still in with a chance of a fairytale farewell century.

Cook was 46 not out in England's second innings at stumps on the third day of the fifth Test against India at the Oval.

England, who have an unassailable 3-1 lead in the five-match series, lead by 154 with eight wickets in hand

Former skipper Cook, who scored 71 in the first innings, was forced to work hard for his runs by India on Sunday before battling through to the close.

Farbrace said it would be "fantastic" if Cook could bow out with a 33rd Test hundred.

"I think he's just enjoying milking all the applause he's getting," he said jokingly before, on a more serious note, adding: "He's just driving on to bat as long as he possibly can. It would be fantastic if he was to get to 100 but I think he's just played really well."

"It's not easy out there. It's been quite tough but it looks as though he’s really enjoying the scrap," he added.

Farbrace described the standing ovation the crowd gave the "down-to-earth" Cook as he walked out to bat as moving.

"He just seems to cope with everything that's in front of him and I think as much as we're going to miss his runs and his catches, I think the calming influence that he has among the team, among the staff among everybody," he said.

"What he manages to do is make everyone feel very welcome, very part of things, young players, old players," said Farbrace.

"He seems to have the respect of everybody and everybody's very comfortable talking to him.

"He’s got a very down-to-earth way of being. He's got a cheeky sense of humour and people find themselves being drawn to him.

"I think that's something that come Sri Lanka (where England next tour) there will be a lot of people looking around realising he's not there and I think then people will realise what an impact he's had on them and us as a team."

Cook, who will continue to play for Essex, is retiring from international cricket with a stack of England records to his name including most Test appearances, most runs and most centuries.

The 33-year-old left-hander, who scored a hundred on his Test debut, is playing in his 161st match at this level.

He has 32 centuries and more than 12,000 runs to his name, putting him sixth on the all-time list of Test run-scorers.

National selector Ed Smith is keen for England to make use of Cook's knowledge and experience after his retirement.

"I think it would be terrific for England cricket to tap into him as a resource," he told BBC Radio earlier Sunday.

"I've had the odd chat with him about bowlers and batters this summer but next year maybe we'll have something a bit more formal where he comes and really advises," former England batsman Smith added. 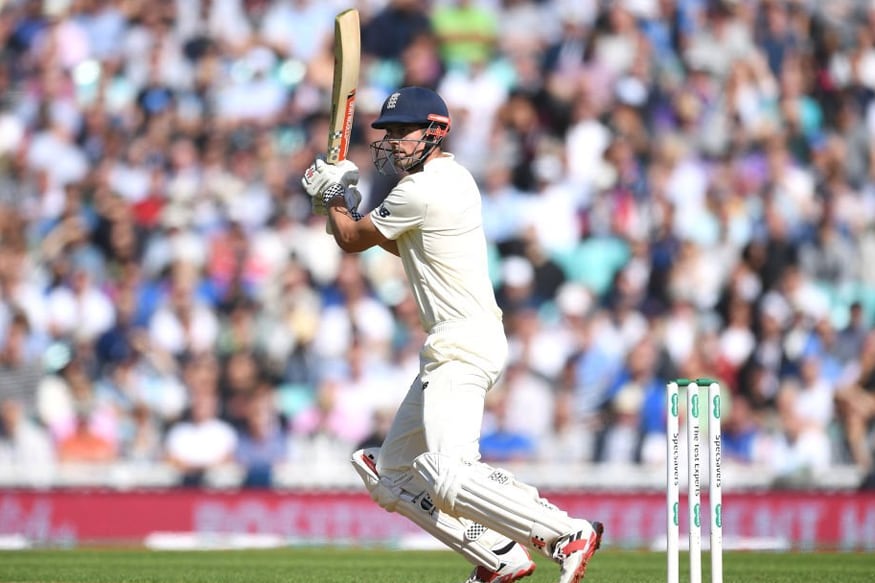