India vs Australia | Collins: Australia Scurry for Ideal Combination With Time Running Out

Sydney: “If you think you can distract currently-disgruntled cricket lovers with gimmicky retro uniforms,” tweeted young gun broadcaster Brett Sprigg, “You are 100% right. These are awesome.”

The decision to deck Australia’s ODI team out in the canary yellow kit that was worn during the 1985-86 World Series might be the single best received piece of cricket news in this country in a year. The skipper, Aaron Finch, gushed like we all did. “There's been a huge amount of excitement,” he said on the eve of the ODI series against India. “We knew we were going retro for this series but we didn't know which vintage it was going to be. It’s brilliant, all the boys love it and the reaction from the public has been great as well.”

Fashion aside, there is a bit more that Finch can take from that summer 33 years ago. Then, they welcomed the world champion Indians for a tri-series, winning the finals in straight sets. But more important again was that this was when Allan Border found the crux players that would go on to win a World Cup 18 months later. With David Boon, Rod Marsh and Dean Jones there were the runs, Craig McDermott, Bruce Reid and Steve Waugh the wickets.

This is the trick that Australia are now trying to pull, albeit in a third of the time. On paper, their World Cup defence looks in tatters six months before starting, having won just three of their last 21 ODIs, marmalised by hosts and favourites England both home and away in 2018.

Finch has been around long enough to know how late they are leaving their run, but believes there is time.

“While it would have been great to have a settled side for the last 12-18 months,” he said, "It’s still enough time to get it right and make sure come that World Cup we are ready to go.” He’ll need it to be.

The big strategic play the hosts are investing in here is the promotion of Alex Carey, the southpaw wicketkeeper-batsman, to the top of the list. The vice-captain has replaced Chris Lynn, who did not fire at the top against the Proteas in three ODIs in November.

“It’s an opportunity to see Alex play in a position he’s done quite a bit in Big Bash and one-day cricket,” Finch said of his new opening partner. “He’ll get a good opportunity up there.”

But it is the time after the power play that the major trouble has beset Australia over the last year, forever losing consistent wickets in the least risky stanza of an ODI. It is for that reason that Peter Handscomb, with a fine domestic record in this form of the game as an accumulator, has been given the chance to play that Steve Smith role, joining Usman Khawaja and Shaun Marsh in this new and experienced engine room.

“The idea to have Pete at No. 5 is to have a really good player of spin and a guy who can potentially bat through the innings,” Finch explained. “That type of solid player in the middle and let the guys play around him. It's been a part of the innings where we've lost that one or two wickets too many, which means when you go into the back ten overs, you're really stretching yourself when you got the bowlers effectively batting at that point.”

The logic continues that if the top five can do the vast bulk of the work across the first 35, Australia can unleash their two most dynamic hitters – Marcus Stoinis and Glenn Maxwell – for the happiest of hours at the end.

“Maxi has floated through the order throughout his career,” Finch said. “But when we saw him at his absolute best was during the 2015 World Cup when he was used as a floater when we had that Powerplay with three fielders out, so there’s still a lot of scope for him to float up and down the order.” As for the task with the ball, it could not be any more critical than against India, who boast a top three of Shikhar Dhawan, Rohit Sharma and Virat Kohli who collectively averaged over 250 runs per innings in 2018. With Australia’s own big three - Mitchell Starc, Josh Hazlewood and Pat Cummins - given this series off for some timely R’n’R, that heavy lifting moves onto the shoulders of one of the most interesting pace trios assembled of recent times.

In the case of Peter Siddle, there have been five Prime Ministers in this country since his last ODI in November 2010, which was on this ground as well.

“He’s a great man,” Finch said of his long-term state teammate, a player coach Justin Langer wants around the squad as much as possible. “Last year where he just focused on skills for the white ball and how quickly he improved was unbelievable and he's kept doing that. He well and truly deserves his spot.”

At the other end of the spectrum is Jhye Richardson, the rapid but only just emerging 22-year-old, who will be joined by his West Australian teammate, Jason Behrendorff, who will be on ODI debut in the series opener. It has been a long-time coming for the tall left-armer, who a 28-year-old, has been on the national radar for the better part of a decade.

The last time that India played an ODI at this venue three years ago it was to register a consolation victory at the end of a series where the hosts always found a way to win. Now, those roles are clearly reversed, which will be no more evident than in the sell-out crowd that is expected at the SCG, of which the vast majority will have Kohli or Dhoni on their backs. For the fans in blue, they see this as India’s first step to World Cup glory. Out of the narratives on offer in the week ahead, this is the one that is far more compelling. 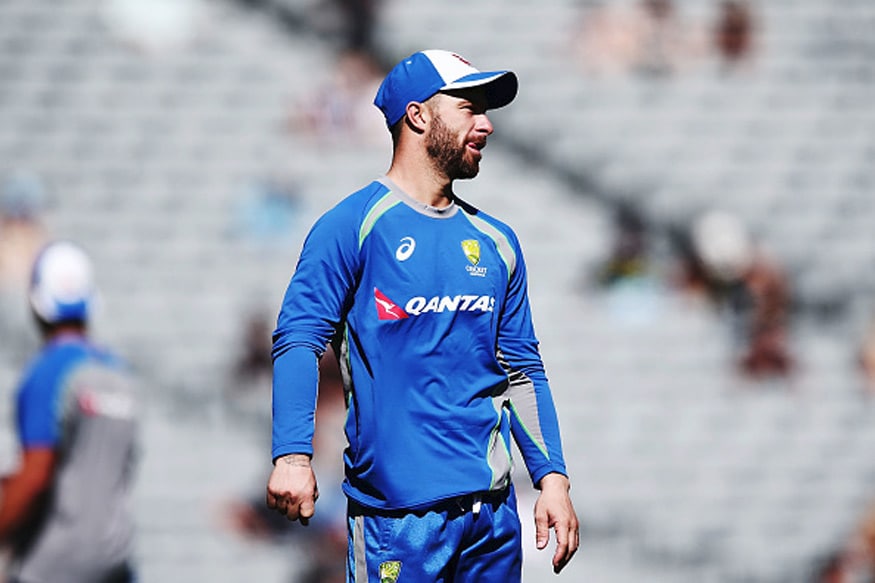 India vs Australia | Don't Think I am Going to Pick Up the Bat Again After Retiring: Kohli India vs Australia | Collins: Langer Gets Hot Under the Collar About Maxwell 'Careless Whispers'