India vs Australia | Don't Think I am Going to Pick Up the Bat Again After Retiring: Kohli

Sydney: Retired cricketers plying their trade in T20 leagues might be a global trend right now but India captain Virat Kohli says he wouldn't even be "seen around the scene" the day he is "totally spent" to pick up the bat again.

Responding to a query on whether he would consider playing in the Australian Big Bash league after retiring or if the BCCI lifts the bar on its players, Kohli said he would certainly not be around for such a stint after retirement.

"Look I don't know whether that stance is going to change in the future. As far as I am concerned, playing more cricket when I am done, I don't think I am in that zone to be honest," the 30-year-old said ahead of the opening ODI against Australia on Saturday.

Retired cricketers such as AB de Villiers and Brendon McCullum are regularly seen playing in T20 leagues such as the IPL and Big Bash but Kohli says he isn't interested in joining the bandwagon.

"I have played enough cricket in the last five years and I cannot comment on even the first thing I do when I retire because I don't feel like I am going to pick up the bat again," he said.

"I will be spent, the day I finish I will be totally spent and that's the reason I am going to stop playing cricket. So I don't see myself coming back and playing again. Once I am done, I will be done, and I won't be seen around the scene," Kohli said.

The skipper was all praise for his team's batting line-up and said the line-up looks strong heading into the ODI World Cup starting May 30 in England.

"In the last 12 months, our ODI batting has been very strong and openers are a very big factor in that. There was a phase in the middle when we addressed the issue of middle overs and from 25-40 overs we tried to change our batting style," he said.

"Where our batting is at the moment, the team management and I are very comfortable because we have results in ODI cricket and performances have been very good as well."

In fact, Kohli felt the Indian team is perfectly balanced in every aspect.

"The bowling has been balanced too. In one-day cricket, any team can beat you on any given day. But as a team you have to give your best and take your strongest eleven. And we feel as a one-day team we are on the right track, and are on our full strength," he said.
Australia vs IndiaIndia vs Australia 2018virat kohli 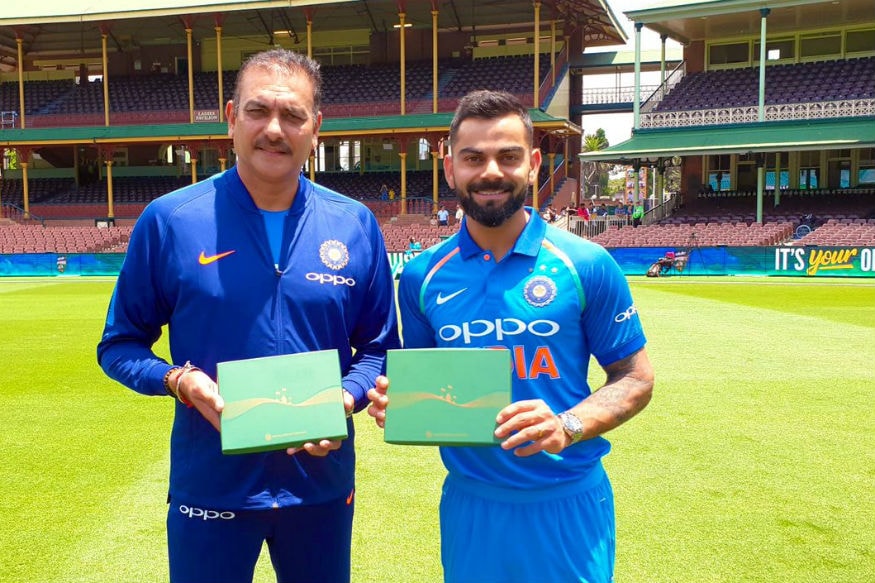 Kohli & Shastri Get Honorary Life Membership of the SCG