India vs Australia: Number Four Position is Something We Want Solidified - Kohli

India captain Virat Kohli on Friday said the number four slot in the batting line-up is still to be "solidified", months after he backed Ambati Rayudu for the position till this year's World Cup.

The skipper said that there has been a lot of experimentation at number four and while the batting line-up at Adelaide - where Rayudu batted at four - was an ideal one, they would like to keep things mixed up until someone assumed responsibility at number four.

"If you look at that last game, Ambati Rayudu batted at four, Dhoni at five and Dinesh Karthik at six. Because we brought in Vijay Shankar and Kedar Jadhav, we didn't want Karthik to change his spot because he is doing a good job," he said after the third and final ODI of a historic tour of Australia.

Rayudu was backed for the position by Kohli during the home series against West Indies last year.

India became the first team not to lose any series in Australia, winning the Test and ODI rubber while drawing the T20 engagement. The triumph came as a massive morale-booster after unsuccessful tours of South Africa and England last year.

"The middle order we saw in Adelaide is pretty much the most balanced if you look at it. The number four position, again, has been a sort of an area which we want solidified," he said.

Unpredictability is India's strength heading into the World Cup this year, declared Kohli and commended his team for making him look good as a captain.

"Our strength as a side has been unpredictability. We haven't been predictable with our combinations in the past year, if you see the kind of teams we have played with," Kohli said after the third ODI which India won by seven wickets here.

The skipper said each one of his teammates delivered when it mattered and that has made the side supremely confident for the World Cup in England, which starts May 30.

"If you see it has been a team performance in all three series and everyone has contributed which is a very good sign for the world cup. If everyone is contributing in different stages then only you can win a big tournament," he said.

"If everyone is in the same mental space, then obviously everyone will feel very confident, and on this tour we are very happy with results," he added.

Kohli credited the victory to Yuzvendra Chahal, who picked up the best figures for an Indian spinner on Australia soil and restricted the hosts to a low total.

He said that Australia were reading Kuldeep Yadav well and the visitors had to make that change.

"We thought it might not be a bad thing to bring in Chahal because we were also bringing in Kedar who is an off spinner and gives us an option with left-handers. So Chahal became a more sensible option for us in that regard because he spins the ball back in," he said.

"Taking six wickets at the MCG is no small feat for a spinner. He is a very intelligent bowler and he gets us those breakthroughs. He and Kuldeep are definitely a force to be reckoned with. When they play together, it is our most potent spin attack," he added.

"You see their performances. How can you not take them to the World Cup? To come back in such different conditions as a team it gives us a lot of confidence that you can do it in big games at the World Cup," he said.

Talking about his captaincy, Kohli said he would only come across as good as his team is.

"Captaincy is not a thing that is individually controlled. Your team is what makes you look good as captain. I said that after the Test series win as well. The credit has to go to everyone because if you see the runs contributed it is spread across a few players," he said.

"We are going from Australia unbeaten and it's been a wonderful time and it has been a great tour for us. Glad to finish on this note," added the skipper.

Last but not least, Kohli thanked all the support staff and said they should get equal credit for the team's success on this Australian tour.

"If you see contribution of all team staff, Ravi Shastri has helped in strategy and boost people's confidence. His man management has been outstanding. Bharat Arun has done delightful work with bowlers and in batting Sanjay Bangar's contribution," he said.

"Players and support staff should have equal credit for the tour's success because they have worked 120 per cent on every day. It was a combined effort," he signed off. 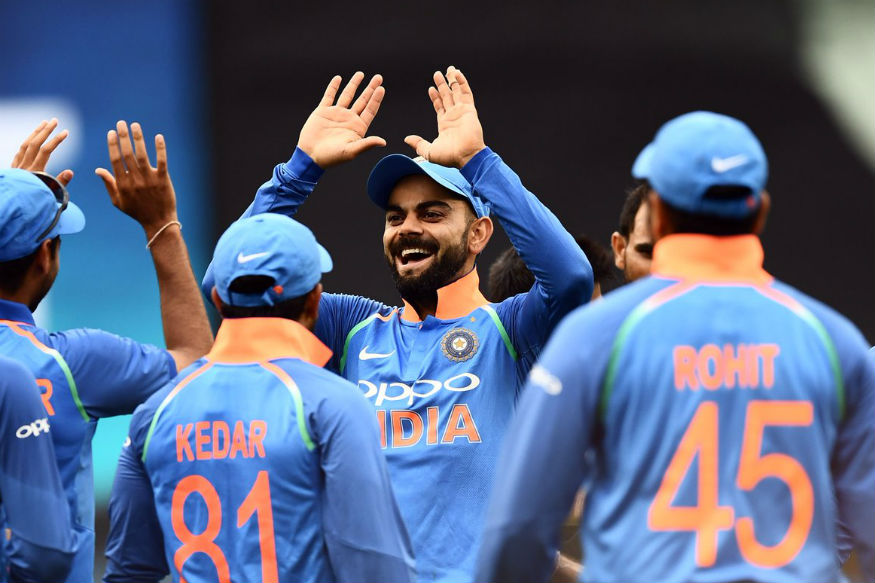 India vs Australia: WATCH | ODI Series Win Means India Have a Monkey Off Their Back: Memon