Royal Challengers Bangalore wicketkeeper-batsman Parthiv Patel has said that the team’s strategy for the final ball of Sunday’s match was to encourage Dhoni to hit through the off-side, as the boundary is shorter on that side.

With Chennai Super Kings needing two runs to win off the final ball and captain MS Dhoni on strike, Umesh Yadav bowled through the off-side, with Dhoni swinging and surprisingly missing the ball altogether.

“We wanted Dhoni to hit through the off-side which was the shorter side of the ground,” Patel said at the post match press conference. “If he hit it towards the leg-side it was anyway two runs, the way he (Dhoni) runs there was no chance of stopping the two.

“So we planned to bowl slower outside the off-stump and surprisingly he missed it. I wasn’t expecting him to, but he did.”

RCB’s win was their third in the last four matches, with the team finally picking up points in this season’s IPL. And Patel pointed to how taking early wickets has helped the team in changing their fortunes around, along with the addition of South African quick Dale Steyn to the squad as a replacement for Nathan Coulter-Nile.

“When you get a couple of wickets in the first six overs, it makes a big difference. That is something we were lacking in the previous games and you can see the difference straight away,” said Patel.

“Steyn has been bowling really well. I’ve seen him do so well for Sunrisers and Deccan Chargers but here he came and did really well again.”

Patel’s 53 off 37 balls opening the batting helped him earn the player-of-the-match award, and he spoke about how a chat with RCB coach Gary Kirsten helped him.

“Before the game started I was speaking with Gary, and he said you don’t need to worry about anything. You just need to choose your bowlers and that’s exactly what I did. It’s good to be in this position, and good to win a player-of-the-match award.

“Honestly, it’s great to be playing and opening with Virat or whenever AB comes in at number three. Actually, I don’t have to do much. I just try to hit a couple of boundaries and rotate the strike. I’ve been working hard on my game and through the couple of months in Australia. Overall, feels good to contribute to the team and pick up the man of the match award.” 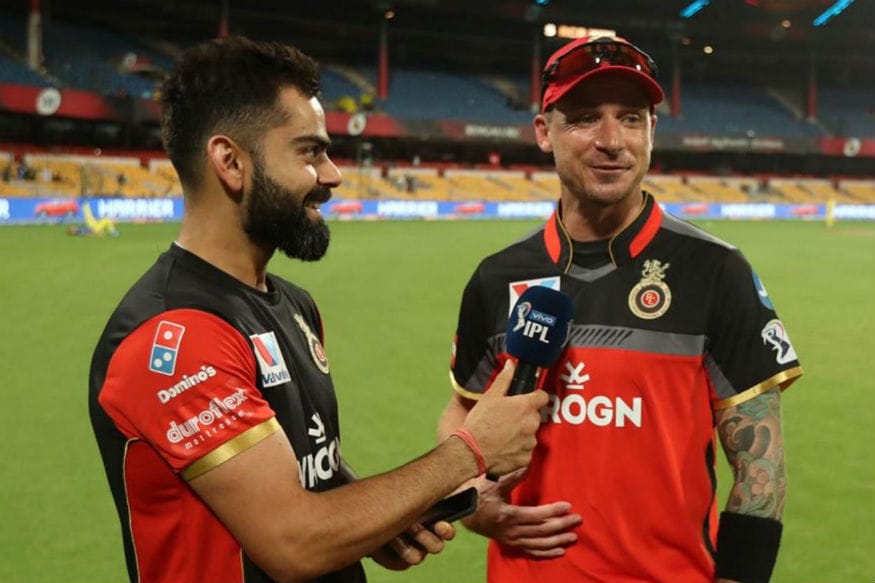 IPL 2019 | Never Thought I'd Be Able to Celebrate With You Again, Kohli Tells Steyn