An excellent showing with the ball from Krunal Pandya, followed by a half-century from Rohit Sharma helped India draw parity against New Zealand in the T20I series. The visitors sealed a seven-wicket victory at Eden Park on Friday to level the series at 1-1 with a game to go.

New Zealand won the toss and elected to field first but were jolted by the crucial blows at the start of their innings.

Bhuvneshwar Kumar, after getting hit for boundaries on consecutive deliveries, dismissed Tim Seifert in his second over.

Krunal Pandya got into the act in his very first over. He got rid of Colin Munro and then went on to trap Daryl Mitchell, who called for the review but was controversially given out after.

The left-arm spinner then went on to dismiss skipper Kane Williamson for 20 to leave the home side reeling at 50 for four.

However, Colin de Grandhomme went on to score his maiden half-century off 27 balls to resurrect the innings. He added 77 runs alongside Ross Taylor for the fifth wicket to put the Black Caps on course for a big score.

The all-rounder’s dismissal, getting holed out to Rohit Sharma in the inner circle, was followed tidy overs from the seamers to bring down the scoring rate.

A direct hit from Vijay Shankar from long on sent Taylor packing for 42. Khaleel Ahmed cleaned up Tim Southee on the final ball of the innings to bring an end to New Zealand’s innings at 158 for eight.

India didn’t have much trouble chasing down the target, doing so with seven balls to spare.

Rohit Sharma and Shikhar Dhawan got India off to a quick start, with the stand-in captain in sublime form.

And he made his start count, the 31-year-old hit three boundaries and four sixes on his way to his 16th T20I half-century. During the course of his innings, he became only the third batsman in T20I to have hit 100 sixes and went on to become the highest run-scorer in the format.

While Rohit took up the mantle of the aggressor, Dhawan was much more cautious in his approach as the pair went on to add 79 runs for the first wicket before the former top-edged a short delivery from Ish Sodhi to Tim Southee at deep mid-wicket.

Dhawan soon departed thanks to a vicious bouncer from Lockie Ferguson, only managing to glove a simple catch to de Grandhomme at backward point.

Shankar, who batted at No. 4 this game, had a solitary four and six to his name but a slower bouncer from Daryl Mitchell ended his innings.

However, Pant, joined by MS Dhoni at the other end, took India home with a 44-run stand to ensure India raced home in 18.5 overs, finishing the game in emphatic fashion with a boundary down the ground. India vs New Zealand | Glad We Learned From Mistakes in First T20I: Rohit 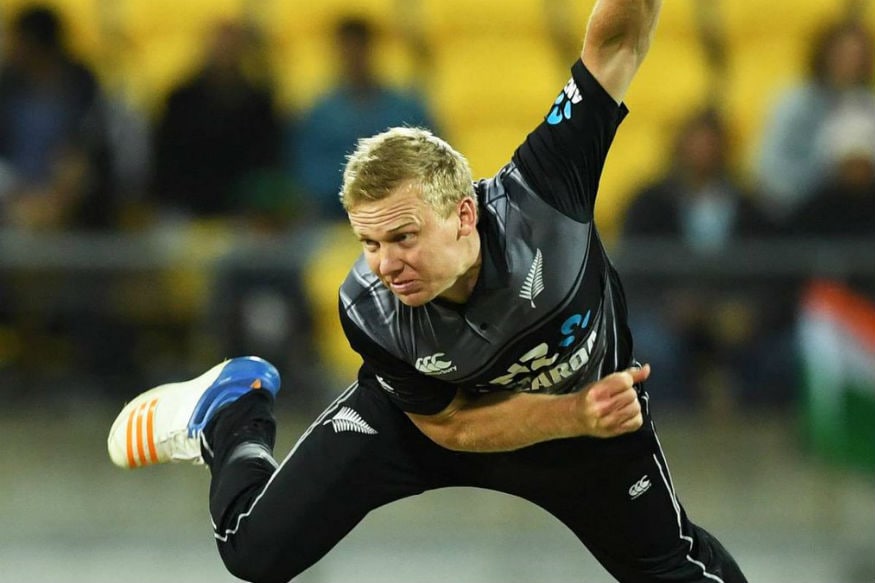