After convincing wins in the first three ODIs, India without their talismanic captain Virat Kohli and the injured MS Dhoni, were a shadow of their former selves against New Zealand, who romped home to an emphatic eight-wicket win in the fourth ODI.

Batting first, India were not able to deal with Trent Boult’s (5/21) deadly spell and were bowled out for their seventh lowest ODI total -- 92 in 30.5 overs.

Boult, who bowled his 10 overs in one go, was ably supported by Colin de Grandhomme's (3/26) as the duo created havoc in swinging conditions.

Shikhar Dhawan (13) and captain Rohit Sharma (7), began the innings slowly before Boult struck first in the sixth over and then along with de Grandhomme ripped through the batting line-up.

India were unable to hold their own during the next fifteen overs as they lost their next seven wickets for only 34 runs and were reduced to 55/8 after 20 overs.

India’s best partnership came only after that when frontline bowlers Kuldeep Yadav (15) and Yuzvendra Chahal (18*) offered some resistance late on along with Hardik Pandya (16). Both Yadav and Chahal faced in excess of 30 balls each,
while Rohit who faced 23 balls had batted the longest other than them.

Chahal top-scored for the Indians who were eventually bowled out for 92 in less than 31 overs with only four batsmen managing to make it to double figures during the innings.

Todd Astle and James Neesham both were also among the wickets for the Kiwis as they took a wicket each.

The result of the contest was never in doubt, and New Zealand with Martin Guptill and Henry Nicholls started off the chase with a flurry of boundaries.

Guptill smashed 14 off the first three balls, which included a maximum and two boundaries, before being dismissed by Bhuvneshwar Kumar.

Nicholls was then joined by captain Kane Williamson, who lasted only 18 balls and scored 11 before becoming Bhuvneshwar’s second victim on the day.

That was all the joy the Indian bowlers and fielders had on the day as Ross Taylor and Nicholls put on a partnership of 54 runs which was enough to take the hosts over the line for the win.

India’s defeat on Thursday means the series stands at 3-1 after four games with the last match on Sunday in Wellington. 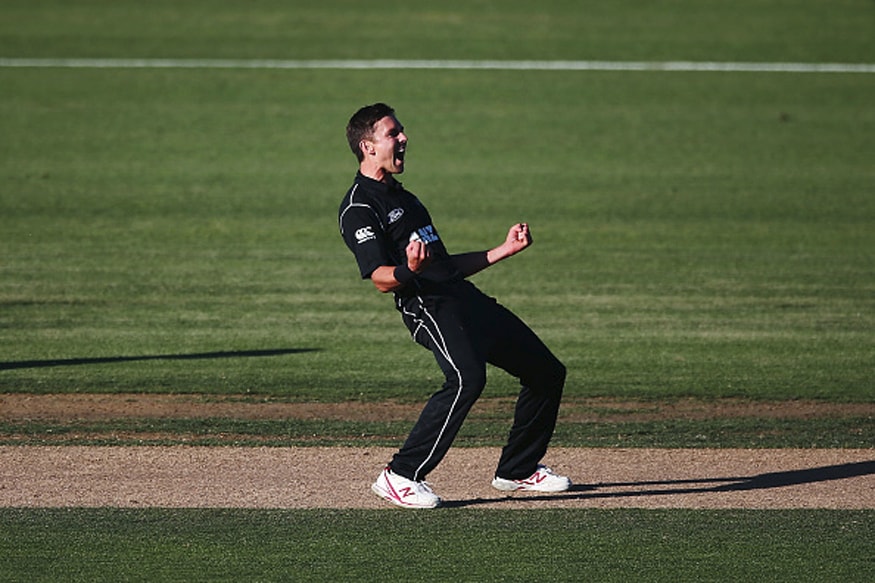 WATCH | Likes of Karthik, Gill Had a Chance to Make a Mark - Memon