A solid show by the middle-order took the Indian team to a 35-run victory against New Zealand in the fifth ODI in Wellington on Sunday. That meant the visitors won the series 4-1 in an emphatic manner.

After suffering a humiliating defeat in the Hamilton ODI, Indian batsmen learnt from their mistakes and battled it out in the middle after the loss of early wickets to take the team total to 252.

The Kiwis, on the other hand, couldn’t really put up a fight with the bat and were bundled out for 217 in 44.1 overs.

While Vijay Shankar and Ambati Rayudu strung a partnership of 98, the latter combined with Kedar Jadhav to add another 74 runs to India’s tally.

Rayudu scored a valiant 90 with the help of eight fours and four sixes and that effort also earned him the Player of the Match award.

Explosive batsman Hardik Pandya delivered the goods with his quickfire knock of 45 that included two fours and five sixes, out of which three maximums came in Todd Astle’s one over.

But after giving India the much-needed impetus, Pandya departed short of a fifty, as he was undone by a magnificent catch by Trent Boult at short fine-leg off James Neesham.

Earlier in the day, Kiwi fast bowler Matt Henry had India on the mat as the visitors were in a spot of bother at 18/4. Henry troubled opposition batsmen with pace and bounce and cleaned up skipper Rohit Sharma with a ripper of a delivery that swung in and took the off stump of the batsman.

Henry ended with match figures of 4/35 and emerged as the most successful bowler across both the teams.

As for India, Mohammed Shami and Yuzvendra Chahal shone for the team once again and broke the back of the Kiwi batting line up. Pandya displayed his all-round skills yet again and bagged two crucial wickets of Ross Taylor & Mitchell Santner to tilt the match in India’s favour.

Now both teams will battle it out in a three-match T20I series, that begins on February 6. 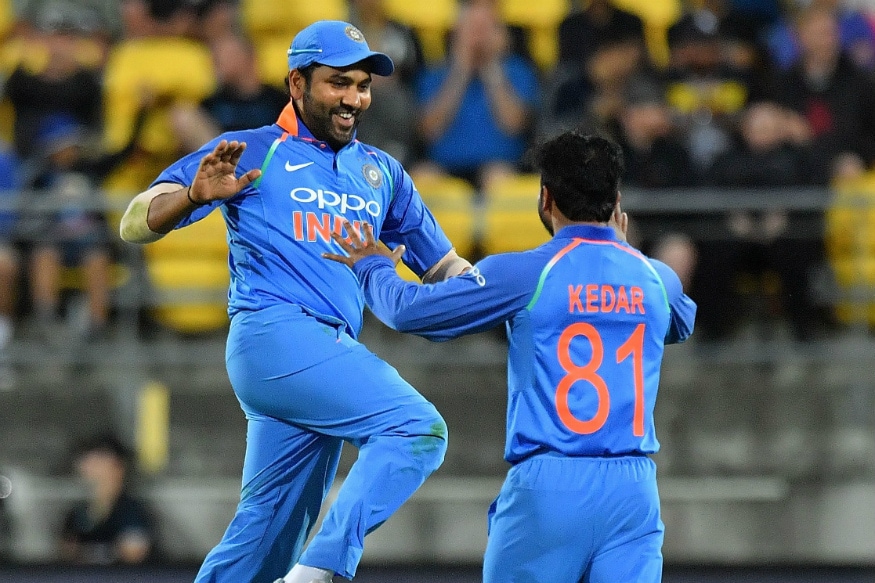 WATCH | India Put Us Under a Lot of Pressure: Williamson India Will be Competitive on Any Surface in the World: Tendulkar