AAP
A Dhanwati Chandela A
Wins 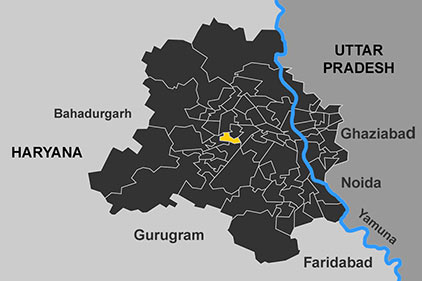 27. Rajouri Garden (राजौरी गार्डन), is an Assembly/Vidhan Sabha seat in West Delhi region and West district of Delhi (दिल्ली) and falls under the South Delhi Municipal Corporation. It shares inter-state border with no other state. Rajouri Garden is part of 6. West Delhi Lok Sabha constituency.

The closest contest in the last three Assembly elections in Delhi was in Rajouri Garden in 2008 in which the Congress candidate Daya Nand Chandela defeated the SAD(M) candidate Avtar Singh Hit by a slender margin of 46 votes. Three constituencies in Delhi recorded a turnout which was more than 10% lower than 2015: Delhi Cantt (-13.23%), New Delhi (-12.57%) and Rajouri Garden (-10.56%).

In the 2015 Delhi Assembly elections, Jarnail Singh of AAP won in this seat by defeating Manjinder Singh Sirsa of SAD by a margin of 10,036 votes which was 8.51% of the total votes polled in the constituency. AAP had a vote share of 46.55% in 2015 in the seat.

In the 2008 Assembly elections, A Daya Nand Chandela A of INC won in this seat defeating Avtar Singh Hit of SADM by a margin of 46 votes which was 0.06% of the total votes polled in the constituency. INC had a vote share of 37.58% in 2008 in the seat. Refer to the live updating results tables on this page for the latest Rajouri Garden results.