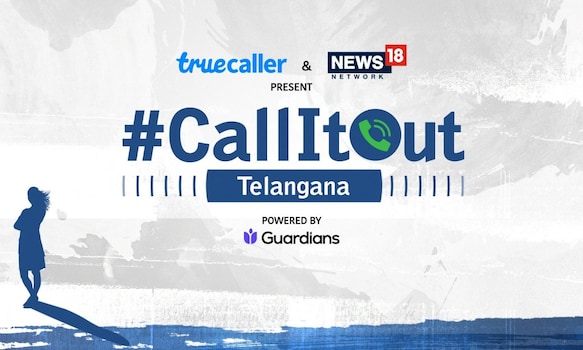 After launching the campaign this year in March 2022 and taking the conversation ahead, the #ItsNotOk campaign, a nationwide initiative by News18 Network and Truecaller, addressing issues related to women safety in the digital space, reaches Telangana to raise awareness against harassment.

The next leg of the campaign begins on 16th May and will see policymakers, senior politicians, and other stakeholders/dignitaries coming together to address the issues related to women’s harassment online as well as in real life.

The state, which has already taken many measures against harassment issues. will observe further extension of this initiative that is all set to run into other states of the country and strengthen voices for women’s safety. The discussion will house some of the renowned dignitaries like KT Rama Rao, Cabinet Minister For IT E&C, MA&UD and Industries & Commerce Departments, Telangana, Satyavathi Rathod, Minister for ST Welfare, Women & Child Welfare, Telangana, Kalvakuntla Kavitha, Leader, Telangana Rashtra Samithi, Swati Lakra, Additional Director General of Police, Women Safety, Telangana, Jayesh Ranjan, Principal Secretary, I&C and IT, Telangana, CV Anand, Commissioner of Police, Hyderabad, Parupalli Kashyap, Former world No. 6 Indian Badminton Player, Amala Akkineni, Actor & Activist, among others. This extension focuses on understanding and encouraging the pivotal role a male counterpart can play in this unanimous effort against one of the biggest yet less reported menaces of society.

Inspiring women to ‘Call It Out’ on issues related to harassment, the campaign aims to spread awareness amongst the masses on cyber security, cyber laws, and possible course of action to report such cases leading to desired justice. The worthwhile discussions will see a keynote address by KT Rama Rao, Cabinet Minister For IT E&C, MA&UD And Industries & Commerce Departments, Telangana and speakers like Kalvakuntla Kavitha, Leader, Telangana Rashtra Samithi, and Marya Shakil, Senior Political Editor, CNN-News18 will not only focus on the need to build a safer environment for women and what all measures can be taken in this regard but also the role men can play as allies in ensuring that women around them feel safe and empowered.

The attendees will witness conversations amongst panellists where Satyavathi Rathod, Minister for ST Welfare, Women & Child Welfare, Telangana; CV Anand, Commissioner of Police, Hyderabad, Parupalli Kashyap, Indian Badminton Player and an influencer will share their experiences on the extent of harassment faced by women while looking at the possible measures to tackle this.

Commenting on the campaign, Smriti Mehra, CEO, Business News Cluster, News18 Network, said, “With a vision focused on a society concerned about women’s safety, News18 Network in partnership with Truecaller, is holding a discussion in Telangana. This phase in #ItsNotOk campaign is a call to the people of Telangana to #CallItOut whenever they come across anything which might seem disturbing to a woman’s safety and consequently build a safe environment for women. This platform aims to be a source of cyber awareness for women focused on making them empowered for their safety.”

Pragya, Director – Public Affairs, Truecaller said: “We are very excited to take Truecaller’s fight against harassment to Telangana. We are glad to receive support from the Telangana Police and Government for our #CallItOut campaign to empower women in tackling harassment and report it to the authorities. Truecaller remains committed in playing a critical role in safe communication.”

The campaign has already seen national policymakers and stakeholders like Smriti Irani, Minister of Women and Child Development, Rajeev Chandrasekhar, MoS for Electronics & IT, GoI, Rakesh Asthana, Commissioner of Delhi Police, Raveena Tandon, Actor, and many more, who came together, to discuss ways to report harassers, encouraging women to speak up. This campaign to fight harassment has struck a chord with every Indian and as News18 Network and Truecaller delve deeper into India, travelling from state to state, this journey has reached its next stop – Telangana.