The new Hyundai Xcent has received updates on the lines of Hyundai's last facelift in the form of the new Grand i10.

The new Xcent has received updates on the lines of Hyundai's last facelift in the form of the new Grand i10. The changes include the addition of Hyundai's signature Cascade design grille, revised front bumper that now incorporates fog lamps with LED Daytime Running Lights (DRL). The rear profile of the car has got a revised two-tone bumper design, which, with the help of reflectors and the large chrome strip give the car a wider stance than before. The two piece wrap around tail lamps are also new.

From the side, the Hyundai Xcent remains the same profile except for the addition of a segment first shark fin antenna and new diamond cut alloy wheels. 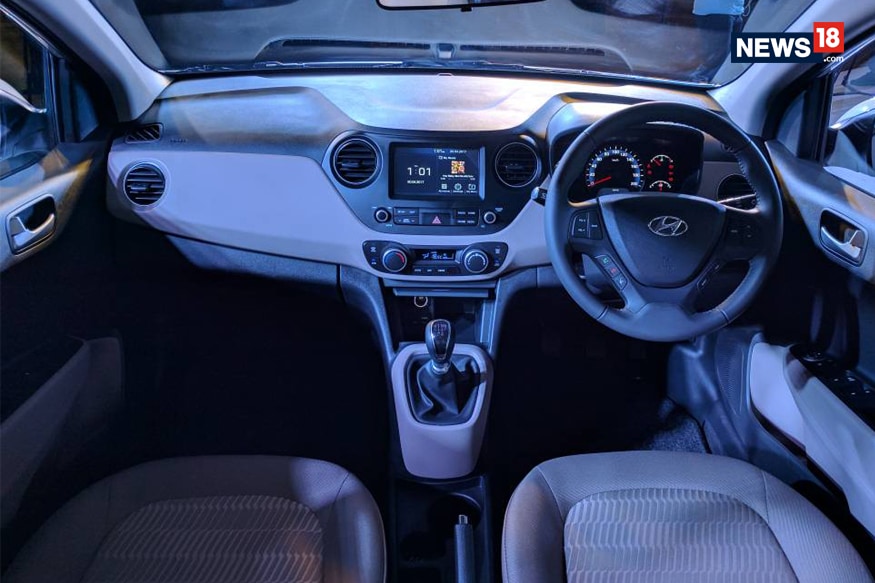 Transmission duties are done by a 5-speed manual gearbox and there's also an optional 4-speed transmission available only with the petrol engine.

The interiors of the new Xcent remain similar except that now they come in a two tone beige layout. There's the addition of a mobile phone dock that comes with built-in charging ports. The biggest attraction inside the car though has to be the new 7-inch touchscreen infotainment unit that supports Navigation, Apple CarPlay, Android Auto and MirrorLink.

Hyundai also announced that the new Xcent will come with dual airbags as standard across all variants.