Here is a detailed image gallery of the new 2018 Hyundai Creta SUV facelift .

Hyundai finally launched its much-awaited 2018 Creta SUV facelift in India yesterday for Rs 9.43 Lakh. Being a facelift, most of the changes include the addition of features and updates to the interiors and exterior design. The car looks similar to the model that was unveiled at the Sao Paulo International Motor Show in Brazil last year. At the front, Hyundai Creta facelift gets larger grille and the bumper has been redesigned to give it a wider look. The fog lamps are now horizontal as compared to the vertical fog lamps on the previous generation Creta and there’s also a reworked skid plate on the bumper. Overall, the front fascia now sports a more blacked-out theme as compared to the bold chrome treatment it had before. The side profile along with the rear-end of the car remains largely the same and the rear bumper has been updated with repositioning of the reflectors along with the addition of a fin antenna design. The wheel designs have been updated too with a more blacked-out appearance. 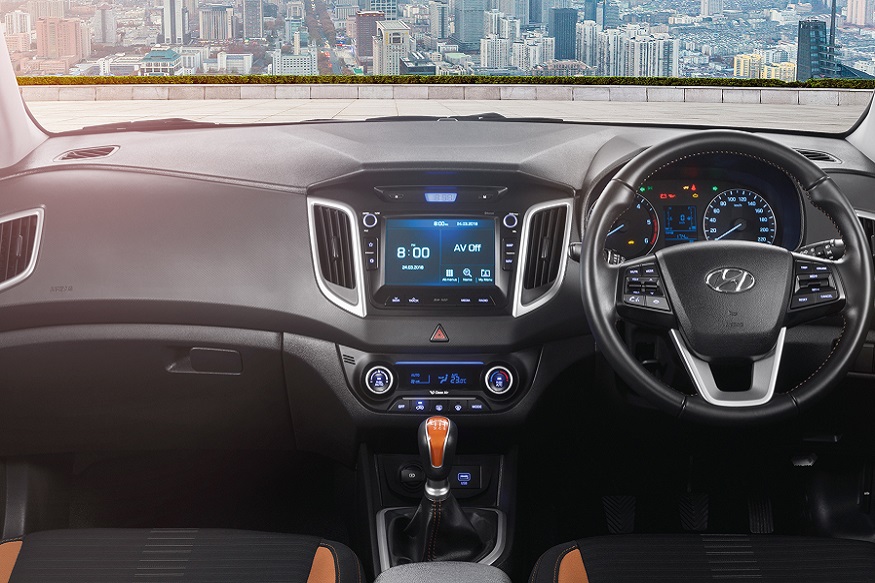 Inside the cabin, India-bound Creta facelift gets a dual-tone layout with matching upholstery along with a new 7-inch infotainment system that supports AUX, USB, GPS and Bluetooth connectivity. The top-end variant is also expected to get a panoramic sunroof. Under the hood, the new Hyundai Creta facelift will continue the 1.4-litre and 1.6-litre petrol and diesel units. As per the document the Earth Brown and Mystic Blue body colours have been replaced by Passion Orange and Marina Blue. Polar White and Passion Orange will be offered as a dual tone option with black roof.