Interestingly, the new Ertiga also underpins the new Swift, Dzire, Baleno and the Ignis. It receives a host of changes, prime amongst which has to be the all-new styling.

When it comes to upcoming cars made by Maruti Suzuki, they almost always have everyone talking about it and there are all sorts of speculations made on what to expect from that car. The next upcoming car by Maruti Suzuki is believed to be the next generation of the Maruti Suzuki Ertiga. While there is still some time for that car to be launched in India, the new India-bound Suzuki Ertiga has been officially unveiled at the 2018 Indonesia International Motor Show – which is a good indication on what to expect from the new Ertiga once it is officially launched in India. Interestingly, the new Ertiga also underpins the new Swift, Dzire, Baleno and the Ignis. It receives a host of changes, prime amongst which has to be the all-new styling.

The new Ertiga makes itself stand apart and does not come across as a simply stretched out version of the new Swift and the Dzire. As part of the new design language, the Ertiga sports a new grille which gets chrome detailing along with projector headlamps which are more angular, giving the car a bold look. The Ertiga also gets new 15-inch alloy wheels and chrome outlining on the license plate. It has also become a bit bigger in almost every way as the length has gone up by 99mm, width has increased by about 40mm and the height has increased by 5mm.

The bumper has been redesigned as well as now, the fog lamp housing is c-shaped and receives a blacked-out treatment. The bonnet is also sculpted in a way that enhances the car’s aggressive design approach. 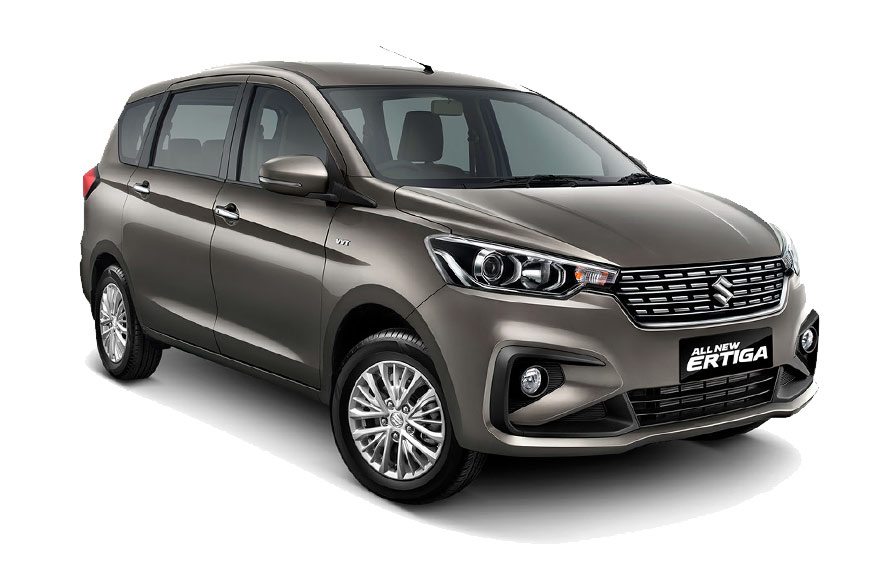 Powering the Indonesian Suzuki Ertiga is a 1.5-litre petrol engine which makes 104 hp and 138 Nm of torque which comes with a 5-speed manual transmission or a 4-speed automatic gearbox.

Although, as of now, it cannot be said as to which powertrain does the Indian-spec Ertiga will get. Watch this space for updates.