The Tata Harrier is arguably one of the most popular SUVs on sale in India due to its design and features. For 2020, The Tata Harrier has become better on both of these fronts.

Manufacturers usually come out with the facelifts of their car to rekindle the interest, to get people talking about it once again. However, in the case of Tata Motors they never really had that problem especially when it comes to the Tata Harrier because well, this is the internet’s favourite car. All of us love talking about it. But then again, in little over a year since its launch, Tata Motors has now come out with the facelift of the car, the car that we have with us today. So now we’re going to find out what those changes are and whether it changes your experience of the Tata Harrier, or not,

First thing first, we have to give it to Tata Motors to listening to the feedback that they got for the first version of the Harrier which came from us and also from you. It is just incredible to see when a brand makes the exact changes that were asked for.

For example, due to the Tata Harrier’s bold design, we felt that the design of the wheels was a bit of a letdown. No more, though, as the facelift throws them in the bin and instead uses new diamond-cut alloy wheels which look great. Given the segment that the Harrier was competing in, it was missing a few vital things which have now been added. For example, the driver side seat is now electronically adjustable which wasn’t there before. The inside rearview mirror now gets an auto-dimming feature which, surprisingly, also wasn’t the case before and that USB port which used to be incredibly difficult to reach to, has been moved outwards for better access.

And as we found out in our review of the first-gen Tata Harrier, the outside rearview mirrors were too big and that often created a blind spot in certain driving conditions. Now, it’s smaller than before, it still gets the job done, but it no longer creates the blind spot anymore.

The good bits about the Harrier remain to be there, like, the Harrier is perhaps the best-looking SUV in its segment. The moment you step inside it, you are greeted with a cabin that feels like it belongs to a segment above. The design, as always, is the strong point of this Tata product too. You still get the faux wood inserts on the dash, semi-digital instrument cluster which shows everything you need to know and the car offers a commanding driving position that SUV lovers will appreciate. The interiors of Tata Harrier feel like they belong to a segment above. (Photo: Manav Sinha/News18.com)

And the good bits carry on to the back as well where you have all the amount of space that you could want with ample amount of knee room, legroom, shoulder room and headroom. This is a car I wouldn’t mind being chauffeur-driven in. Now, add to the fact that it now has a big sunroof over your head, and the cabin starts to feel airy, a lot more spacious and well-lit than before and that takes the cabin experience to a whole new level. But it’s not all perfect. For example, the infotainment system which is amazing to look at and is a great feature in the car, it still hangs and crashes randomly while you are using it and that’s simply unacceptable especially since it’s been so long since the Harrier has been launched and it is something that Tata absolutely needs to sort out right away. The Harrier’s saving grace, however, comes in the form of the biggest change that the facelift brings with itself, which is the updated drivetrain. It is still the same engine as before but now it makes 30 hp more taking the total output to 170 hp and that can be felt when you are trying to do those overtakes or picking the car up from low revs at higher gears. The Harrier just feels a bit more responsive and eager to give you the surge in power whenever you ask for it.

And taking the comfort factor to the next level is the addition of the 6-speed automatic gearbox which, honestly, leaves nothing to complain. It gets the gears right and when you shift to manual mode, which is also the sport mode, by the way, it holds on to its gears to give you better control over the gearshifts. It is fairly quick through the gears and makes life a lot easier in city driving conditions. The best part, however, remains to be the way the Tata Harrier is to drive. The steering has a decent weight to it and the car feels planted no matter what comes through its way. It almost mocks the broken roads and speed bumps because even if you go into the potholes and at speeds that you shouldn’t be in, the car just soaks it all up gracefully. You also get driving modes and all of that combined makes you fall in love with just how the Harrier is to drive. So if you want a big burly SUV feel, then the Harrier scores full marks in that department. 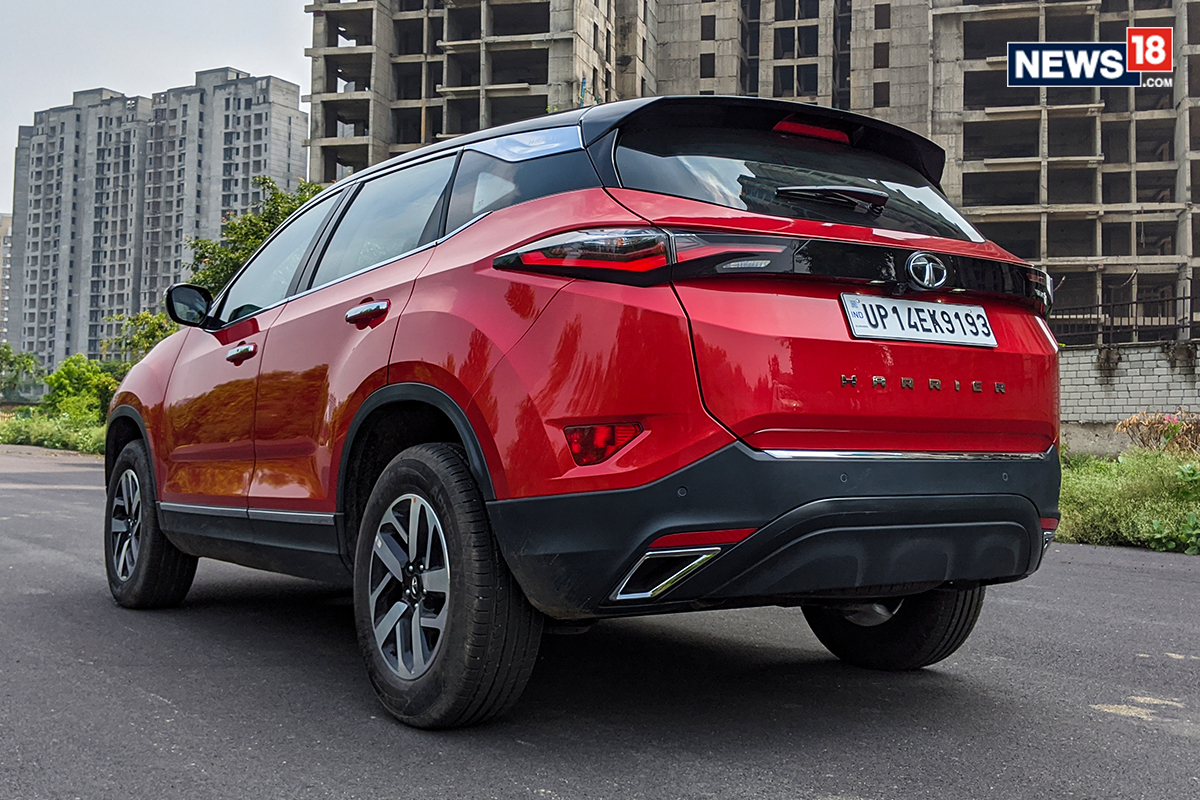 When I think of it, it’s really no surprise why the Harrier has been so popular ever since it came out. It’s because it brought a great amount of value for money to the table ever since it was launched. Yes, there were a few niggles here and there but in the latest avatar, Tata Motors has ironed out almost all of them. That not only makes this car better but it, once again, reigns as one of the best value for money SUVs that you can buy in this segment.