Yamaha India has unveiled its BS-VI emission norm compliant lineup in the form of two new scooters and has updated its popular motorcycle offerings as well.

Yamaha India has unveiled their lineup for 2020. (Photo: Manav Sinha/News18.com)

The big year for the Indian automotive industry is here – the year 2020. This will mark the time in the history of automobiles in India as the year when everything has to be BS-VI emission norm compliant. And as part of this, Yamaha India has announced its product offensive in the form of four products.

But before we get to that, there is the big news that Yamaha will no longer compete in the 110cc scooter segment in India and as part of that, they have discontinued the 110cc versions of the Yamaha Fascino and the Yamaha Ray ZR. The good news is that these scooters haven’t been killed off completely as these are the scooters that will now lead the front at the entry point into the Yamaha scooter range, which will be the 125cc scooters. So you have a new Fascino 125 and a new Ray ZR 125.

In terms of what’s new, well, let’s start with the Fascino. Right away, it is evident that it has got an all-new styling but it still manages to keep the retro charm that it is known for. The new styling bits include a new front apron that makes use of a lot of chrome for the top-spec model and the base model gets matte-black treatment instead. At the back, it gets the same swoopy rear end which helps it keep the similar appearance, but it has actually been reworked. And the fact that the indicators are now integrated into the tail lamps, well, the Fascino 125 actually looks fresh and sharper than before. It has got itself a new chassis and a new riding position which is supposed to be more comfortable than before.

But the biggest highlight, of course, is the new engine which is a 125cc engine and in order to meet the new emission norms, Yamaha has had to resort to using fuel injection which inevitably shoots the prices up as it is a superior technology. This engine puts out 8.2 hp and 9.7 Nm of torque which is not the segment best, but given that the scooter weighs 99 kilos (kerb), it shouldn’t be all that bad. 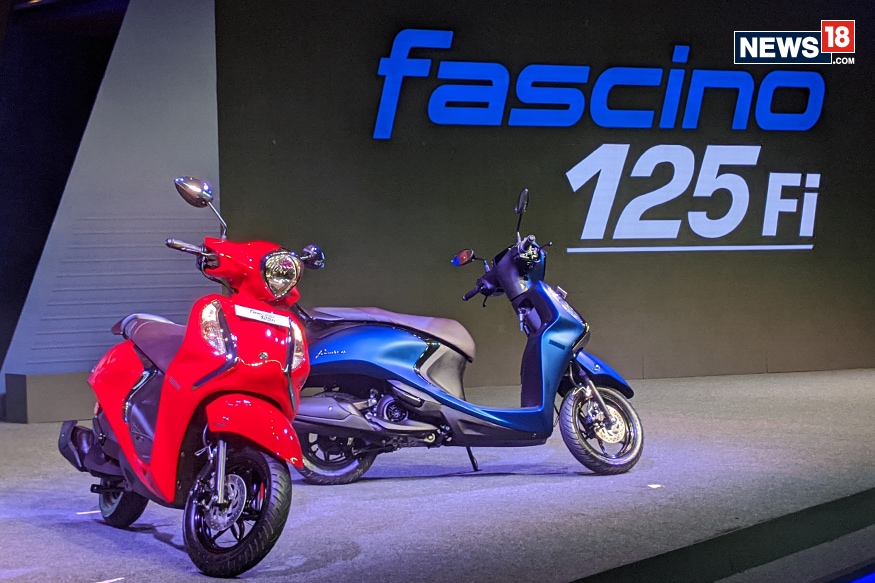 And this engine also powers the other new scooter which is the new Ray ZR 125. And Yamaha has given a fresh new look in this case as well.

In the Ray ZR you get a lot more, well, styling, given the number of curves and creases that are throughout the scooter and rightly so, because it was this out of the world aggressive styling that seems to have worked with the previous model. The new Ray ZR’s recall factor, though, will be the LED daytime running light placed at the handlebar, along with a small wind deflector that gives it a new look. Other than that, you get a digital instrument cluster if you go for the higher-spec model that also gets disc brakes and if you go for the lower variant, you get an analogue instrument cluster and drum brakes instead. Interestingly, Yamaha has also come out with a street rally edition of the Ray ZR that gets knuckle guards and knobbier tyres that are supposed to make it better for bad roads. There will also be a lot of accessory options to really take the street rally nomenclature to the fullest.

The other changes that both the scooters get is that both of them have now a wider rear tyre and will get a silent start system that actually uses the alternator to start the engine and removes the starter motor noise that older scooters make. Finally, the prices of the Yamaha Fascino start at Rs 66,430 9ex-showroom) and the prices of the Ray ZR have not yet been announced.

But it was not only scooters that got an update as the motorcycles got updated too. This included the new Yamaha R15 V3.0 which has been upgraded to meet BS-VI emission norms. As a result, the engine puts out marginally less power and torque than before and there has been a small increase in the weight of the motorcycle too. The same applies to the new MT-15 as well. Both these motorcycles get new colour options too in which the R15 gets blue wheels whereas the MT-15, finally, has got itself a pair of orange wheels. 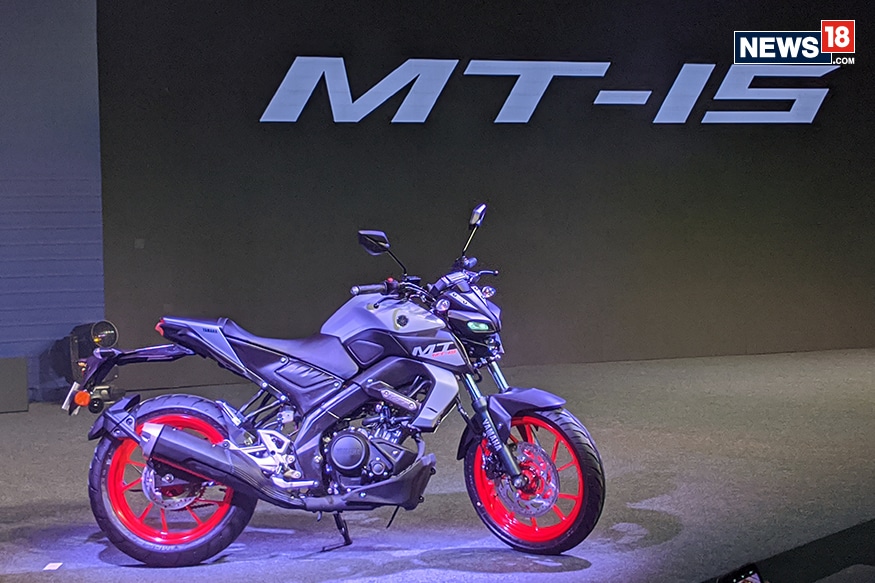 And in terms of changes, both the motorcycles have been given a wider rear tyre and an engine side-stand cut-off feature as standard. As for the prices, the Yamaha R15 has now been priced at Rs 1.45 lakh (ex-showroom) and the prices of the MT-15 is yet to be announced.

And that’s about all there is to know about the BS-VI lineup that was recently announced by Yamaha. We will be bringing you a proper review of all these new products so make sure you stay tuned to know more about the new Yamaha Fascino, the new Ray ZR, the updated R15 and the MT-15 as well.