Autódromo Hermanos Rodríguez is a 4.304 km race track which hosts a range of motor sports from F1 to NASCAR events.

Formula E, the all-electric motorsports championship backed by FIA is currently underway its 4th season 2017-2018. Starting from Hong Kong, the championship went to Morocco and Chile and is all set to race at the Mexico City this weekend. This is the 5th race of the season, with 7 more ePrix to take place in the coming months. Here’s what to expect from the 2018 ABB FIA Formula E Mexico City e-Prix:

The Formula E Championship returns to Mexico City for the third consecutive year. Autódromo Hermanos Rodríguez is a 4.304 km race track which hosts a range of motor sports from F1 to NASCAR events. The circuit has an elevation of 2,285 m (7,500 ft) where the thin air causes difficulties for both the drivers and their cars. The circuit additionally options associate oval layout because of the inclusion of a flat turn that goes from the center of the main stretch to the beginning of the back stretch of circuit. Except for the Formula E race, all the races that take place at the oval track happen in counter-clockwise. Jérôme d'Ambrosio of the Dragon Racing won the first ever Formula E at the Mexican track. The Renault E. DAMS was amongst the teams that were the part of the first ever Formula E championship and has been holding the leading position since the inception. Sébastien Buemi has started his Formula 1 career in 2009 with the Scuderia Toro Rosso and his Formula E career began in 2014 with the Renault E. DAMS. He was the runner-up in the inaugural season and champion in 2015-16, having claimed 23 wins. He has secured the second and third place at the Marrakesh race and the Santiago De Chile respectively but this star driver has not been able to win any race in the 2017-18 season. Buemi is now facing a tough competition from Mahindra Racing driver Felix Rosenqvist and Jean-Éric Vergne of the Techeetah Formula E team. The three-time first  position holder is currently ranked fifth on the charts.

With their moto of bringing a green revolution in the world of motor racing, Formula E has come to a point where it is no longer referred to as the child of F1 or F1 lite. Formula E is indeed the new face of motor racing as it is challenging the old rituals and is coming up with an alternative to them. At the third season finale last year(2016-17) at Montreal, Formula E decided to not use grid girls and instead use ‘Grid kids’ and confirmed that it would continue the practice beyond that race. This new concept focuses on young and aspiring drivers that race in junior go-kart championships. It’s a great emotional experience for the kids to be on the starting grid next to the drivers and cars that they might drive one day. Recently F1 announced that it will no longer continue the practice of promotional models holding signs on the grid and would follow the steps of Formula E. 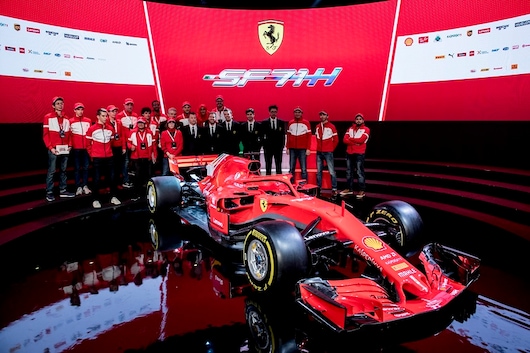 After 36 races, 20 drivers, 13 cities, ten teams, five continents, four years and one all-electric racing series, Formula E unveiled their much awaited Gen2 Car. Just days before the Santiago De Chile race, they put an end to all the speculations and released a video showcasing the specks of the all new electric supercar. Even though the car is not going to be used in any race during this season, the excitement is very high among the fans and the people related to the Formula E community. This new Design is to be used for the next three seasons and the charming car will make its competitive debut in the 2018/19 season of the series. The Gen2 with almost double the energy storage capacity and double the range of the current car will enable the teams and drivers to complete a full race at higher speeds without making a mid-race car swap. With all that, the Gen2 car is a clear proof of advancements in battery and electric motor technology achieved in the space of only four years which will eventually make its way into everyday electric road cars.