An electric vehicle which looks much like the Maruti Suzuki Wagon-R has been spotted on Indian road. However, what is interesting about the car is that it has Toyota badges on it. Even though the test model of the electric vehicle has similarities with Wagon-R, there are some very sharp differences in the design elements. If reports are to be believed, this offering by Toyota will be launched by the end of 2021 or by early 2022. The range of the hatchback is speculated to be over 120 kilometres in a single charge.

According to more pictures accessed by GaadiWaadi, it is visible that elements like bumper, side profile, front fascia and underbody have no resemblance with Wagon-R and are entirely new in terms of looks and design. The car has all-LED exterior lighting along with a sharp-looking split headlamp design on the front. The alloy wheels of the car look similar to the ones of Maruti Suzuki Ignis. A Toyota badge can also be seen in the middle of the wheel. 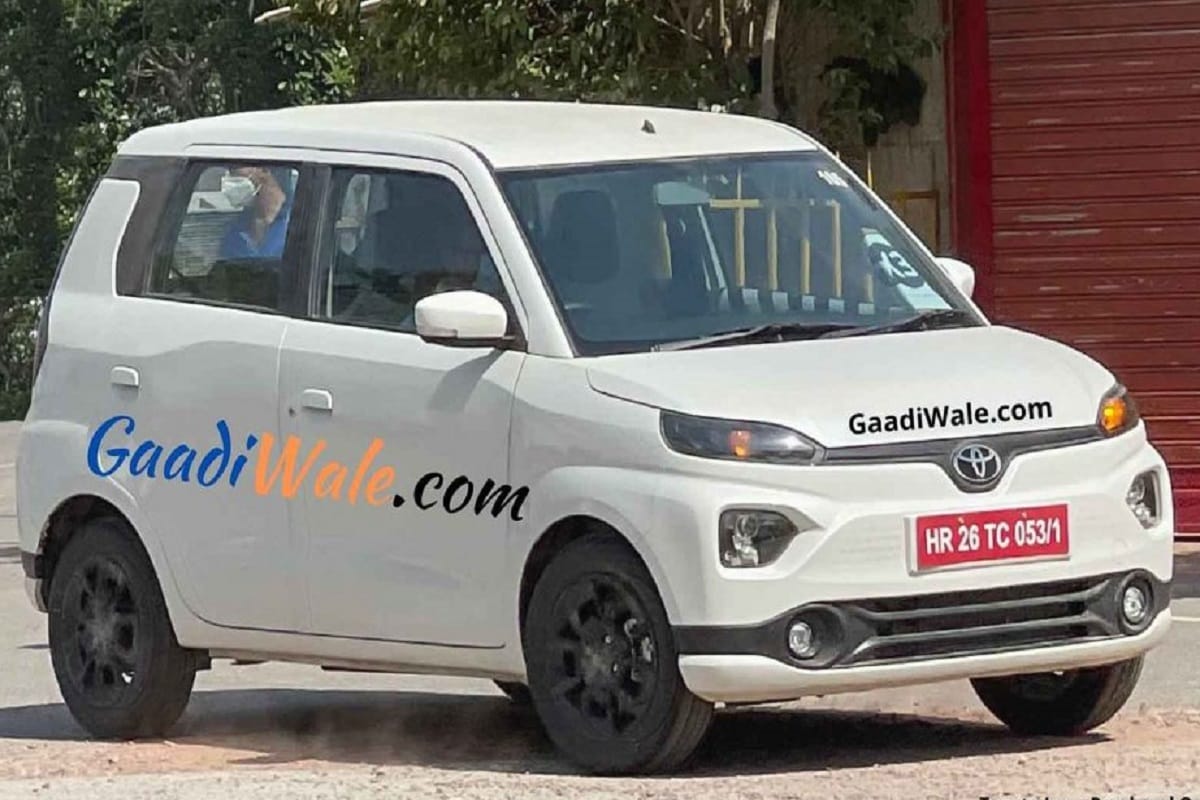 The bonnet of this hatchback has been borrowed from Wagon-R, but the radiator grille that is present in the car cannot be seen. Only a small air dam for cooling purposes is visible in the Toyota EV.

There are no pictures of the car's interiors, so nothing can be said about the cabin details. Currently, no information regarding battery, power have been been revealed so far. There are also rumours in the market that since the uncamouflaged version of the car has been spotted, chances of launch by year-end are high.

As of now, there has been no official statement from either of the two car making companies and so, there is a lot of ambiguity regarding the electric vehicle hatchback. Currently, Toyota sells two cars including Glanza and Urban Cruiser, which are basically rebadged models of Maruti Suzuki’s offerings Baleno and Vitara Brezza.