All-New Land Rover Defender: What Makes This SUV So Unique and Special - Feature

We recently got our hands non the ever-popular Land Rover Defender 90, and before telling you about its potency, here's a closer look at the car itself. (Image: Arjit Garg/News18.com)

Land Rover, the British Marque has been making off-roading functional vehicles for some time now and has made a mark for itself globally. It’s luxury arm Range Rover is known for aesthetically good looking and luxurious vehicles. In 2019, however, Land Rover announced to bring back the all-new Defender that marries the functionality of Land Rover and luxury of Range Rover.

After producing more than 2 million SUVs since 1947, Land Rover pulled the plug off the Defender in 2016, only to bring it back in late 2019. This new model has been raking some good reviews across the globe and even featured in the James Bond No Time to Die. We recently drove the vehicle to understand what what makes the new Defender so different and so unique in a market full of SUVs.

Among all things that make the new Land Rover Defender so special is it lineage and rich history. The production of the new model we now know as Defender begin in 1983. Although the name Defender came into existence in 1990. Historically, the Defender is based on Land Rover Series 1 2 and 3 models that were in production since 1948 and were replaced with Defender in 1983. After continuous production of 67 years, Defender project was stopped in 2016. The new model launched in 2019 is the first all new model since previous gen model was launched in 1983. Land Rover Defender and its predecessors have been known as the OG go anywhere off-roading machines. 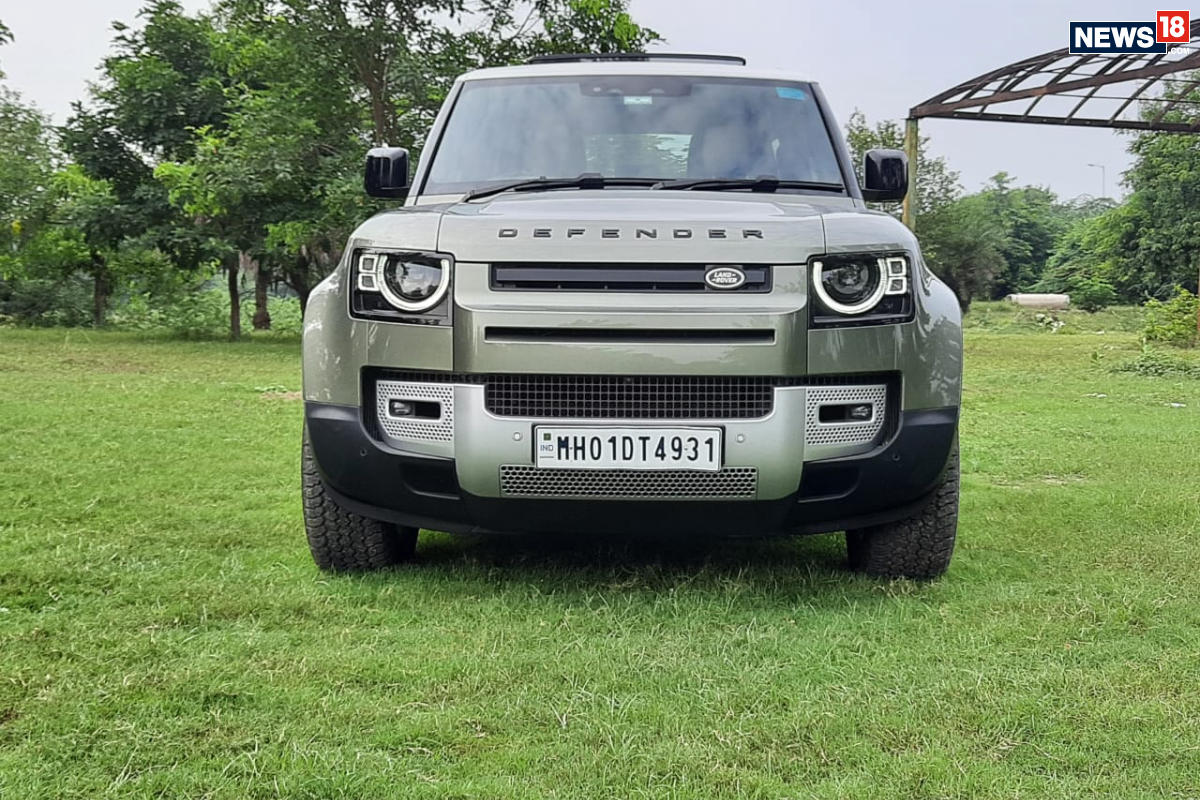 The model I drove is the Land Rover Defender 90 with a 3-door setup and a shorter wheelbase. There’s also a bigger Defender 110 on sale with a 5 door setup and a longer wheelbase. Both the SUVs command a road presence and grabs so many eyeball like I have never seen for any SUV in India and trust me, I have driven some fancy machines. The 90 and 110 in the name indicates the wheelbase in inches. While the five door model justifies its size, the 90 looks like a bit of odd-ball, but that’s only from the side angle.

Overall, the 90 commands a road presence especially in the dual tone green and white shade we drove. It carries the age old boxy design theme of Defender series bit new generation updates like LED lights, a multi-layered complex grille, bonnet with mesh elements, vertically stacked rear lights and a door mounted spare wheel, all make it look attractive. Even the large glass area adds to the charm, bifurcating the body in two parts, lower made of metal sheet, upper made of glass. Inside the cabin, it’s a whole different SUV altogether, and nothing like a Land Rover, but more like Range Rover, feature-packed, attractive and spacious. What entices me even more is the fact how Land Rover has managed to give the cabin a luxury appeal, yet retaining the functional appeal with loads of practicality. Don’t think that the 3 door model is any less in practicality and space. Infact it is more spacious than most 7-seater SUVs in the market.

While accessing the rear seats is a challenge, the space is like a small bedroom on the 1st floor that feels airy and comfortable. The seats are super comfortable and spacious, and the whole glass area further elevates the sense of space inside the cabin. Also, the colour theme with heavy use of white elements on the dashboard and doors further adds roominess and brightens up the cabin. In terms of features you get a 10-inch touchscreen display, digital instrument panel, panoramic sunroof, Meridian surround sound system a host of gadgets we never thought could make way to an off-road oriented SUV. You also get a handful of cameras on the body that helps you not only in city driving, but are actually meant for off roading, with close up view of tyres for easy maneuvering.

The Land Rover Defender 90 can be bought in variety of engine options which includes a P300 AWD Automatic variant with 2.0-litre turbocharged petrol engine and that’s the one we tested, along with a 3.0-litre petrol and diesel units and also a V8 5.0-litre mill with 525 bhp output. As for the engine we got to test, it gets 300 bhp and 400 Nm output and at no time you feel the engine to be lethargic or incapable to tow this massive SUV. 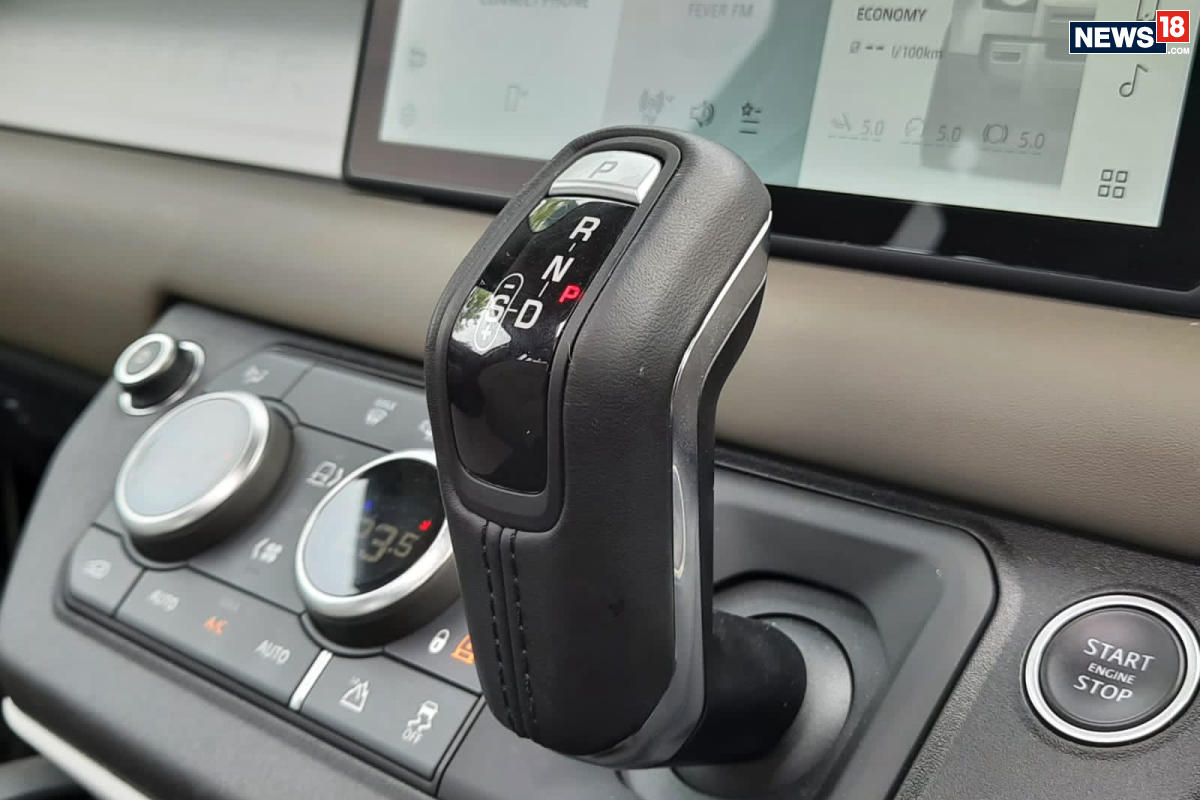 In fact, the engine is so good you feel like driving a more powerful Defender thanks to all the exhaust note and the acceleration is produces. This is the same Ingenium range as you get in Jaguar cars. The engine is mated to a 8-speed torque converter automatic gearbox. While the city driving is as smooth and as powerful as it can get, the Defender is actually the OG off-roader and the new machine carries forward the spirit with five off-road modes.

You can take the car anywhere you wish and unlike many pseudo SUVs, this car won’t disappoint you at even the harshest of terrains. We of course, didn’t take it for a spin on uncharted roads just for the fun of it, but the small amount we spent with it points out at the capabilities like none of the SUVs have ever done. And lastly the pricing bit. To my surprise, this mammoth machine is priced close to Rs 75 lakh for the base model and that too when it comes through the CBU route. Infact all the Variants are priced below Rs 90 lakh. In terms of competition, you can look out for either the Range Rover Velar if more sophistication is your thing or plenty of performance SUV coupes like Mercedes-Benz GLC 43 AMG or even BMW X4 M. Then there are conventional 5 door city SUVs like GLE, X5, Q7 of sorts. But the Land Rover has its unique identity, history, road presence, and functionality.