All-New Mahindra Thar First Look Review: Bold, Functional and Better Than Ever Before

The all-new Mahindra Thar was unveiled on Independence Day has converted even the staunch opposers as a fan. Here's our first look review of the 2020 model.

Arjit Garg
The Indian automobile industry is going through a monumental shift in terms of safety and emission norms. Sadly, we have lost many iconic and famous nameplates to these changes. However, if there's one car that has stood the test of the time and surpassed everyone's expectations, it has to be the all-new Mahindra Thar. Having serve the country for 10 long years, the previous-gen Mahindra Thar was known to attract dividing opinions about itself. However, the all-new model which was unveiled on Independence Day has converted even the staunch opposers as a fan. Here's our first look review of the all-new Mahindra Thar.

The all-new Mahindra Thar, in a way, has a evolutionary design change in terms of the overall appearance and will suit a wide audience. Thanks to the larger dimensions, body cladding with large wheel arches and refined lines, the new Thar looks bigger and appealing, yet maintaining the typical Jeep silhouette. The massive 226 mm ground clearance and 18-inch rim ensure the SUV has a road presence like none other.

At the front is a new squarish black colored grille, round headlamps and a massive bumper unit. At the side is the trademark boxy design and large ORVMs. The rear gets hardtop, fixed soft top and a removable soft top options basis your need. There’s also a gate mounted wheel, and a large rear window to make the SUV look bulky.

Now to address the elephant in the room. Yes, the Thar resembles a prominent SUV from the west, but then, Mahindra Thar has a 7- decade long history and common roots with the Jeep. So no plagiarism here! Overall, the new Thar is as appealing as the best of SUVs in the market today and is a sea change from the previous gen model. 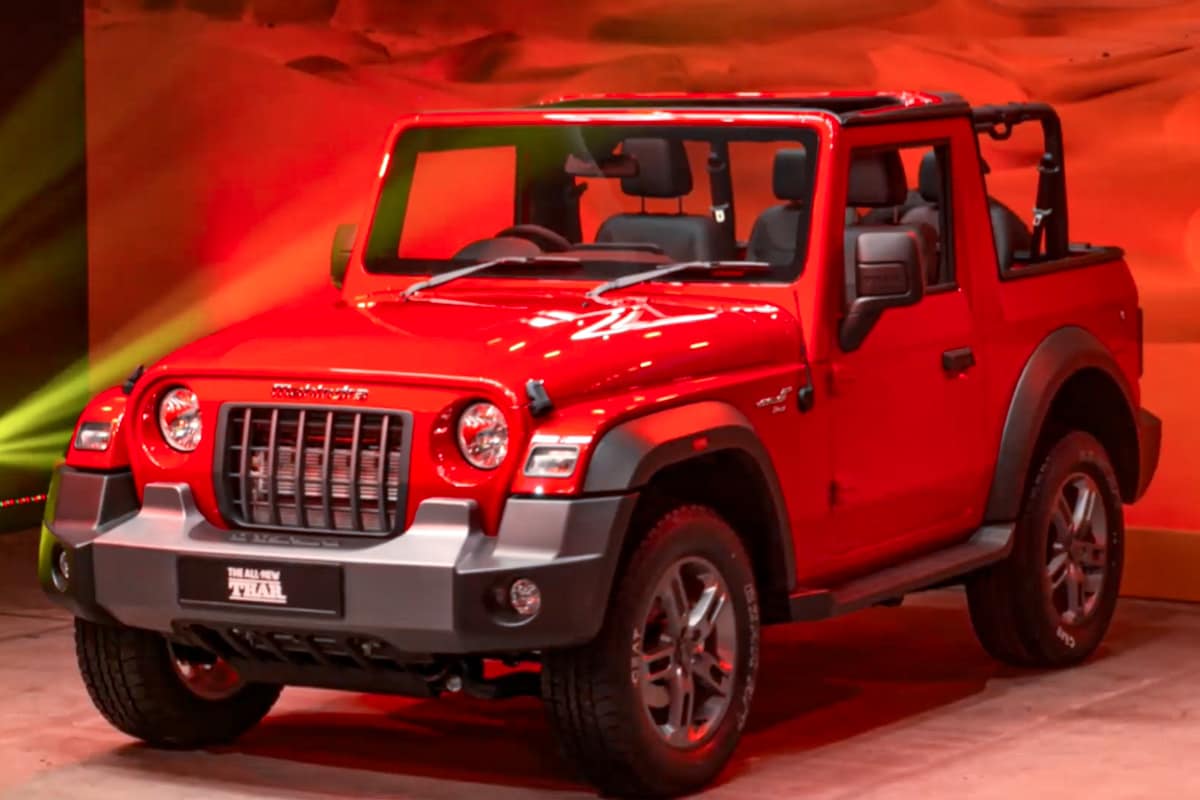 If the exterior was evolutionary, wait till you see the cabin, which is nothing short of revolutionary. The quality and design of the new Mahindra Thar is light years ahead of the previous model and has everything that you desire from a city urban SUV. The theme is all-black with silver accents.

Right from the fit and finish to equipment and the design, you can see the hard work put by Mahindra to make the Thar look more approachable and urban dweller. It gets a 6-seater and a 4-seater layout and features like 7.0-inch touchscreen infotainment system with Android Auto, Apple CarPlay and navigation, Cruise control, among others. 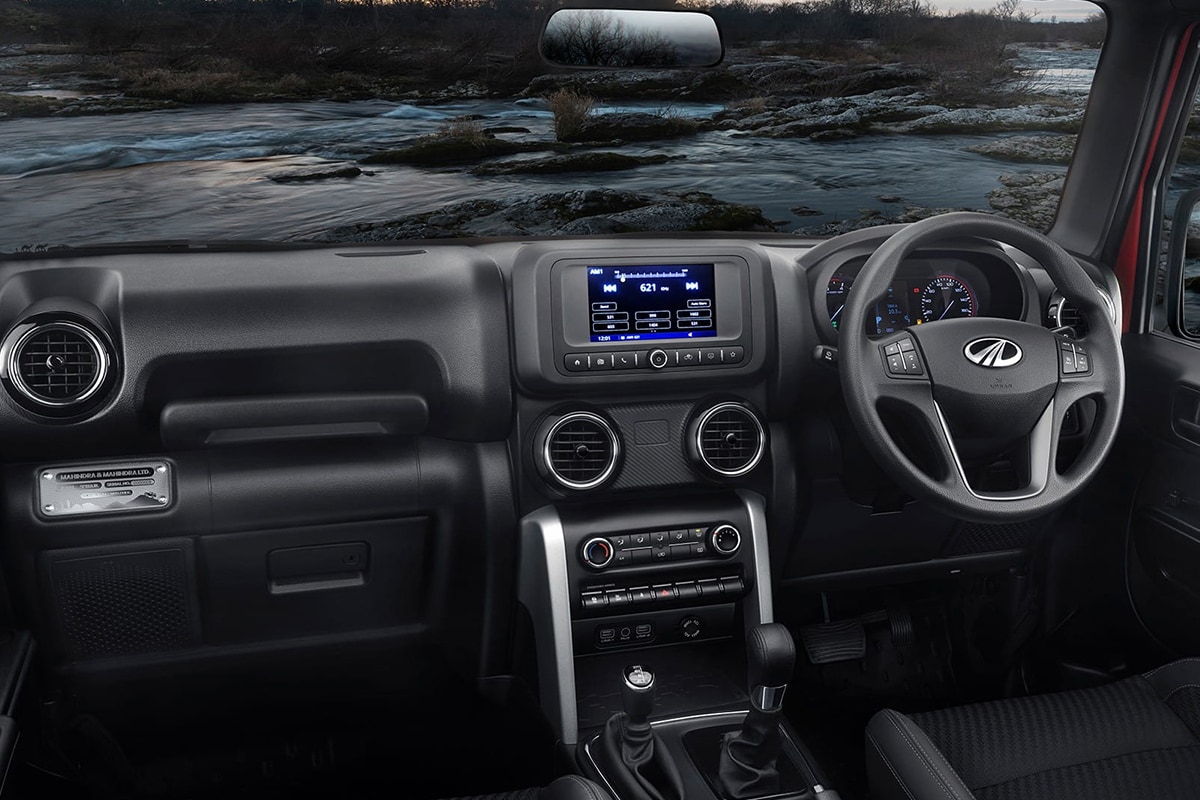 There are 2 variants AX and LX on offer and various powertrain gearbox options to cater to a wide audience. For the first time ever, the Mahindra Thar gets a petrol motor which is a 2.0-litre unit producing 152 bhp and a 2.2-litre diesel unit producing 132 bhp. For the kind of size Thar has, the powertrains are amply powerful.

In terms of safety, the new Mahindra Thar gets dual airbags, ABS with EBD, ESP, TPMS, Hill start assist among others. There’s also a Roll cage for the off-roading loving audience. Not only this, the Thar has been tested extensively to match the best off-roaders in the country and gets wipe down interiors and Tyre Direction Monitor as well. Mahindra is feeling quite patriotic with the all-new Thar and that’s pretty evident everywhere you see. The chassis number plate on the new Thar reads 'Made-in-India With Pride', the unveiling took place on Independence Day and the launch is scheduled on October 2. Overall, the all-new Mahindra Thar has managed to strike the right chord in the industry and has been gaining everyone’s praise. We will be driving the Thar shortly to bring you our in depth off-road and on-road drive experience. So keep tuned to News18.com
Arjit Garg