Audi Q7 Review: Big On Luxury and Big on Technology As Well

The Audi Q7 is the SUV to buy if you are planning to spend in excess of Rs70 lakhs for an SUV. It's spacious, luxurious and comes loaded with technology from the future.

The new Audi Q7 has lost a little more than 300 kg weight than its predecessor and looks smaller than what you’d remember. It’s now 37mm shorter in length, 15mm narrower in width and 3mm lower in height. But it’s edgier now than just one big rounded SUV. You now get a flat bonnet and a big single-frame grille. It also gets the classy yet modern Matrix LED headlights. The one that we drove was powered by a 3.0-litre V6 diesel engine that comes with an 8-speed automatic transmission. It does have Quattro on it like all Audi cars and produces 245 bhp of power and close to 600 Nm of torque.

Watch: Audi Q7 Review | All The SUV That You'll Ever Need

It’s a mile muncher on the highways and is also a capable off-roader. It can handle any terrain and you won’t be left wanting for more ever. To drive the Audi Q7 is comfortable and stable. It’s one of the best SUV’s money can buy for its sheer driving experience.

The car comes loaded with a lot of bells and whistles as well. The cabin is more luxurious than its predecessor and the front dashboard gets a completely new look that’s really modern. There is also Audi’s MMI panel onboard and the virtual cockpit that was first seen on the Audi TT makes its way to the Q7. The car's seats are comfortable and give both the driver and its passengers a sense of calmness and security. 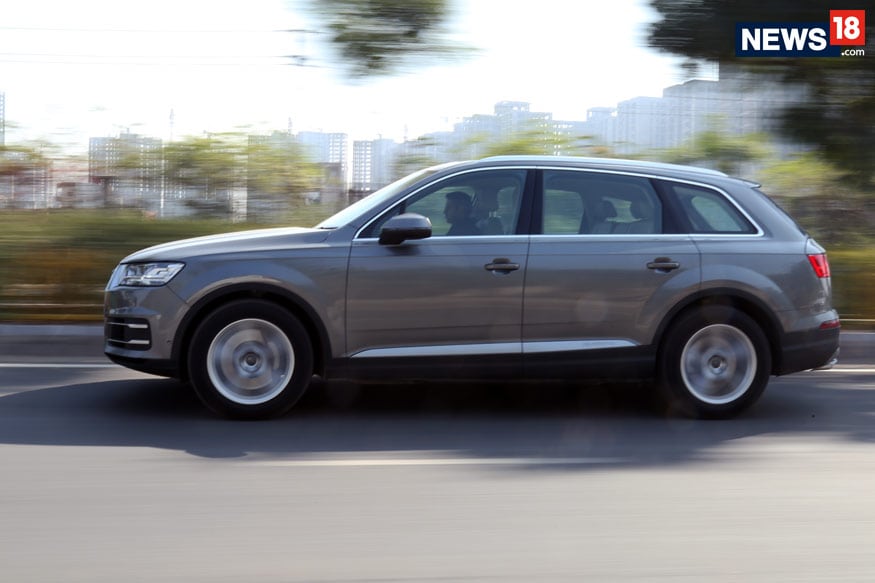 Apart from the virtual cockpit on the Q7 what really was the most satisfying piece of technology was that this massive SUV can park itself. Audi pilot park assist helps the Q7 park on its own in tight spaces. So the Q7 can parallel and perpendicular park on its own. Well, it’s not completely autonomous, the driver has to work on the gear shifts, brake and accelerator pedal. But the car manoeuvres with precision while parking itself. And in a country like India, you don’t want a car like this to get a scratch while parking in tight spots.

What we didn’t like on the new Q7 is that tough it’s a 7-seater SUV, it does come with a spare wheel that will make you miss out on one seat in the last row.

Overall, the Audi Q7 is the SUV to buy if you are planning to spend in excess of Rs70 lakhs for an SUV. It's spacious, luxurious and comes loaded with technology from the future.

Don't Miss: Virat Kohli On His Love For Audi R8 V10 Plus