The arrest of 55-year-old Stadler on Monday threw VW back into turmoil, as it raised fresh questions about whether the company had done enough to reform itself.

The supervisory board of Audi has suspended Chief Executive Rupert Stadler and appointed executive Bram Schot as an interim replacement, a source familiar with the matter said on Tuesday.

German broadcaster Bayerischer Rundfunk was first to report that Stadler was suspended and that Schot was now interim CEO at Volkswagen Group's most profitable brand.

Two people familiar with the matter told Reuters earlier that parent company Volkswagen's group supervisory board was due to be informed in a telephone conference around noon local time about proposed changes at the top of Audi.

The arrest of 55-year-old Stadler threw VW back into turmoil, as it raised fresh questions about whether the company had done enough to reform itself almost three years after it admitted to rigging U.S. emissions tests on diesel engines.

The head of Volkswagen's luxury arm Audi was arrested on Monday, the most senior company official so far to be taken into custody over the German carmaker's emissions test cheating scandal. Munich prosecutors said Rupert Stadler was being detained due to fears he might hinder an ongoing investigation into the scandal, plunging Volkswagen (VW) into a leadership crisis. 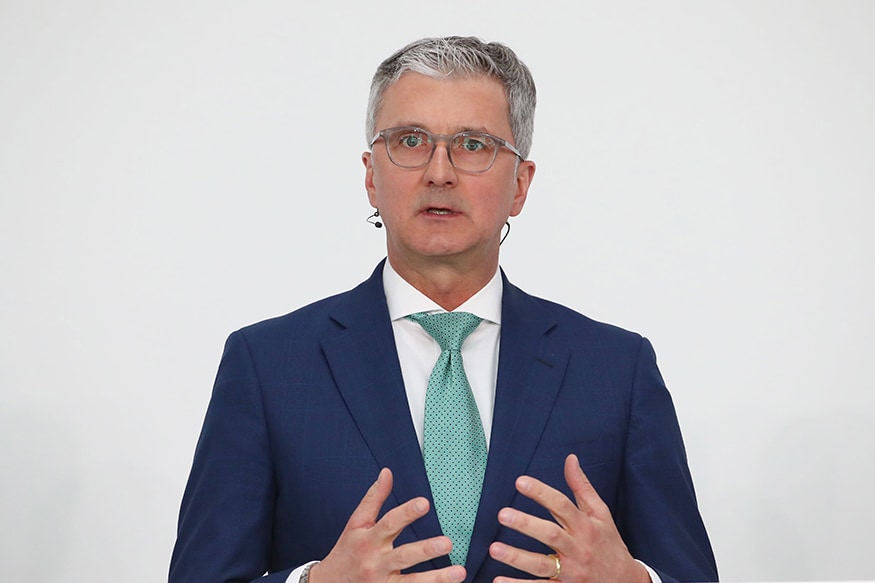 News of the arrest comes as VW's new group CEO Herbert Diess is trying to introduce a new leadership structure, which includes Stadler, and speed up the group's shift towards electric vehicles in the wake of its emissions scandal.