The lowest variant of the Maruti Suzuki Swift 2018 has been priced at Rs 4.99 Lakh and will directly compete against Hyundai Grand i10 and Ford Figo.

Check out our review of the all-new Maruti Suzuki Swift It will not be wrong to say that Suzuki has done a stellar job with the design of the 2018 Swift. This is the 3rd generation of Swift and Suzuki has retained the overall silhouette of the original Swift which was launched back in 2005. The front fascia has been revamped completely with a large grille, new headlights and even the new tail-lights. The protruded rear end looks sportier than ever. The new Swift sports 15-inch alloy wheels with 185/65 R15 tyres.

Read the review of the new Maruti Suzuki Swift here. 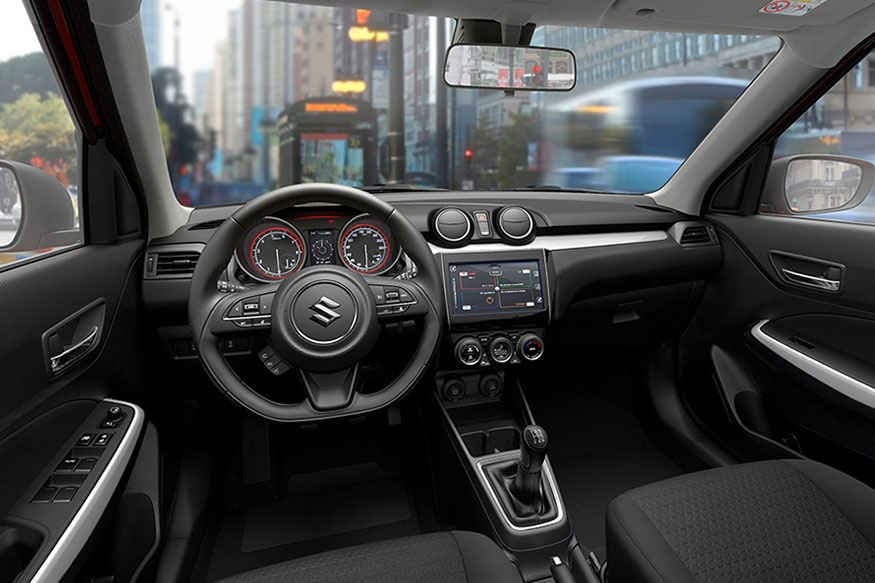 While the exterior of the Swift is evolutionary, the cabin is something completely different. There’s no hint of the outgoing model as the 2018 Swift gets a minimalistic dashboard, a new upmarket steering wheel, and two-pod instrument cluster. Even the feature list is exhaustive – like the touchscreen infotainment system with Apple CarPlay and MirrorLink, paddle-shifters and much more. Suzuki has also managed to squeeze out more space from the cabin of the Swift with an increased legroom and luggage space. Overall, 25 percent space is increased. While there are many engine options outside India, the India-spec Swift continues to use the coveted 1.2-litre petrol and 1.3-litre diesel engine. The current 1.3-litre engine with 84 PS output is already one of the peppiest diesel motors in the country. However, Maruti re-tuned the engine to get more output, efficiency and performance. Moreover, the Swift also gets the auto gearbox like the 2017 DZire in both the petrol and diesel engines. The engine is mated to a 5-speed manual transmission and AGS is also available on four of the variants.

The 2018 Swift is built on the same platform as the Baleno, which is 10-15 percent lighter. This weight reduction and tuned engine will lead to the increased fuel economy. Currently, the Dzire delivers industry leading 28.4 kmpl mileage. Since Swift is sportier than desire, expect a mileage around 26 kmpl through the diesel engine.

Here is the price list of all the variants of the 2018 Maruti Suzuki Swift: 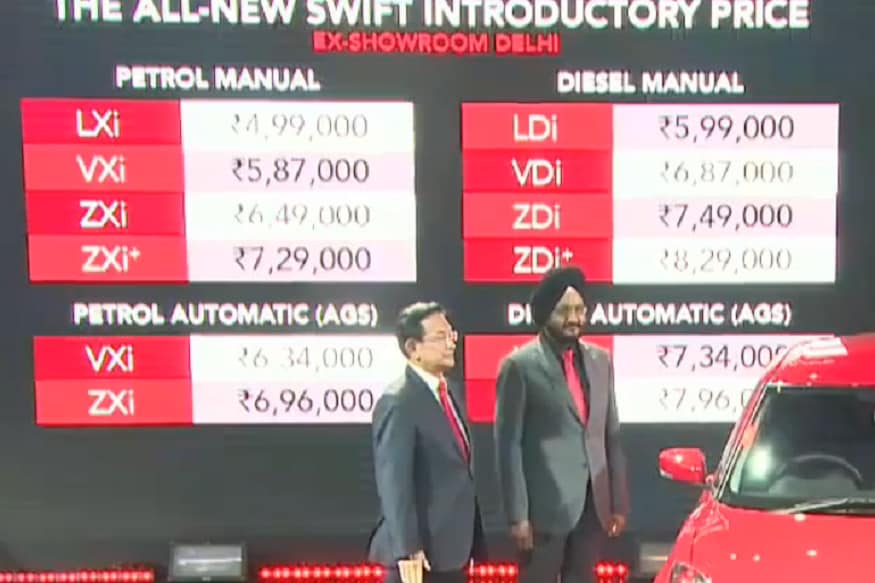