Bentley has launched its new Bentayga extended wheelbase (EWB) in India. Starting at an ex-showroom price of Rs 6 crore, the new Bentayga is now available in standard, ultra-luxurious Azure, and First Edition variants. The EWB is the Bentayga’s long-wheelbase variant, which offers greater rear legroom and additional luxury features compared to the standard version. As a result, Bentley Bentayga extended wheelbase SUV is more of a chauffeur-driven option than a self-driven one. The buyers can also choose between 4 and 5-seat configurations. In the 5-seat arrangement, a new jump seat between two bigger rear seats can be installed.

Bentley Bentayga is the new flagship car from the company replacing the Mulsanne sedan, which was phased out in 2020. The Bentayga extended wheelbase is seated at the very top of the Bentayga lineup. The EWB has a redesigned front grille and 22-inch ten-spoke polished alloy wheels as standard, giving it a majestic appearance. Moving on to the interior, the backseats have been designed to recline up to 40 degrees, and the front passenger seat can be moved forward for added space. In addition, the Bentayga EWB has deployable footrests and heated and cooled rear armrests. A specialised handheld touchscreen allows rear-seat passengers to control several rear-seat features. The SUV also features electrical power door switches that control the rear doors to give a valet-like experience.

The 4.0-litre engine propels the SUV from 0 to 100 kmph in 4.6 seconds and has a top speed of 290 kmph. For the time being, Bentley Bentayga EWB is only available in India with a 550hp, 4.0-litre V8 engine. Internationally, the long-wheelbase Bentayga is also available with a plug-in hybrid powertrain. 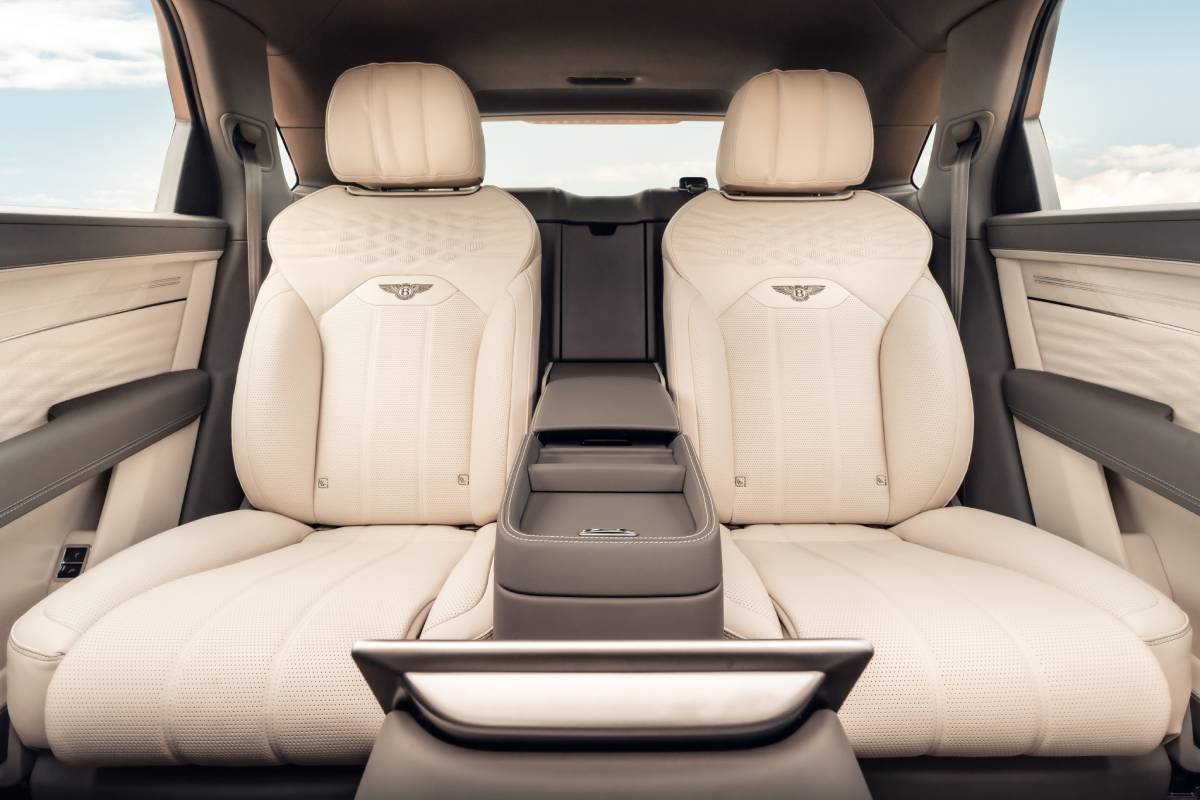 The Bentayga EWB has rear-wheel steering, which decreases the SUV’s turning radius while improving stability at higher speeds. The EWB’s turning circle of 11.8m is 0.6m narrower than that of the standard wheelbase Bentayga. Bentley Bentayga competes with luxury SUVs such as the Range Rover LWB and the Mercedes-Maybach GLS. However, the Bentayga EWB, particularly it’s Azure and First Edition editions have just one serious rival: the Rolls-Royce Cullinan, the other ultra-luxurious SUV in the market.