We now know the production model is finally going to be properly unveiled on June 15, just before the 2018 running of the 24 Hours of Le Mans race.

You could be forgiven for thinking the BMW 8 Series was already available because there have been so many "spy shots" as well as teasers released by the German luxury automaker over what now feels like a very long time. To be fair, some of the previous publicity surrounding the 8-Series has been to do with the race car version, but we now know the production model is finally going to be properly unveiled on June 15, just before the 2018 running of the 24 Hours of Le Mans race.

The road car will go on sale from November after no fewer than three concepts having been revealed to whet our appetites for the new BMW flagship coupe over previous months. First we had the 8 Series concept that previewed the standard version of the car, and then we were shown the M8 Gran Coupe concept to give an idea of what to expect from a high-performance version of the 8 Series. 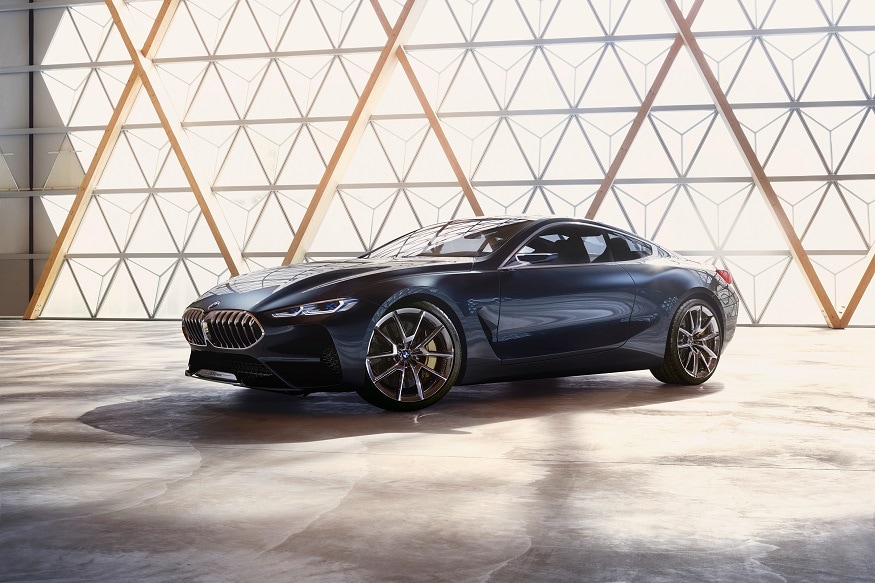 BMW unveiled a new 8 Series Concept in May this year at the Concorso d'Eleganza Villa d'Este. (Image: BMW)

We've also already seen the M8 GTE, of course, which is now racing in this year's World Endurance Championship (EWC). And as France's Le Mans is by far the most famous round of the EWC, it makes sense for BMW to use the eve of such a globally renowned event to finally reveal the eagerly anticipated new 8 Series.

Expectations for the new car are high, to say the least. Engineers have been road testing prototypes and development cars in public view for more than a year now, with both coupé and soft-top variants being caught on camera as recently as just last month. BMW's latest known outing for the car was in Aprilia, Italy, which is thought to have involved final analysis of the car's chassis and powertrain settings.