Brabham Automotive has finally revealed the BT62, and is designed as a low-slung model quite obviously inspired by race cars.

Brabham is a name that used to be synonymous with the very pinnacle of global motorsport, Formula 1. Now, after an absence of almost three decades, Brabham is coming back from the dead. David Brabham, the son of the company's founder Jack Brabham, already announced back in February a return to F1 was on the cards.

But now they have revealed a road car, which was teased a couple of weeks ago. The car is currently being called the Brabham BT62, and the image shows it to be a low-slung model quite obviously inspired by race cars. The thin LED accent tail lights are reflected in the extreme carbon fiber rear wing, which is unlikely to be purely aesthetic and therefore points clearly towards the car's performance potential. 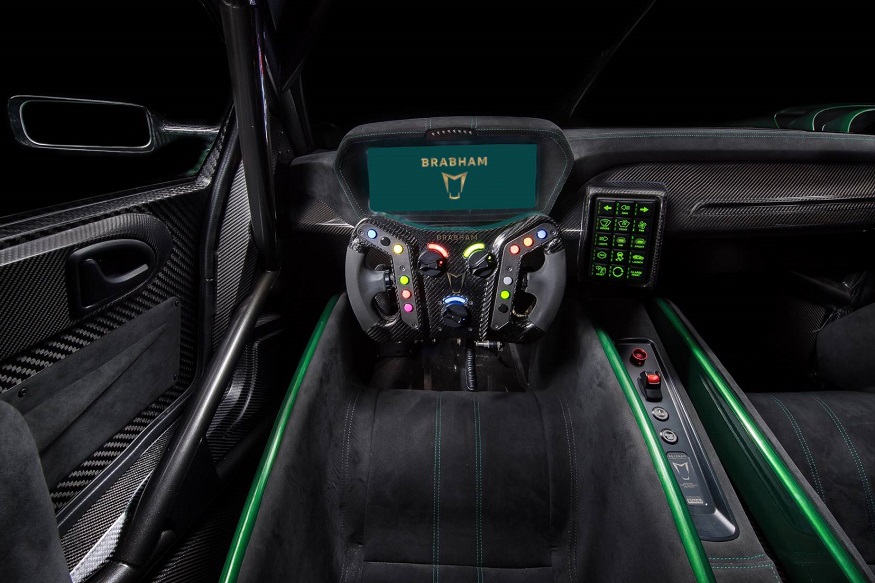 Under the hood will be a 700 horsepower, naturally aspirated 5.4-litre V-8 engine, which will deliver the kind of performance and blistering lap times expected of a car with such a pedigree. The BT62 is set to boast a power-to-weight ratio of 730 PS per tonne, and will have a dry weight of just 972kg.

Thanks to its performance-optimized body and aggressive aerodynamic package, the Brabham BT62 produces more than 1200kg of downforce. Extra weight-saving and additional performance come courtesy of the BT62's carbon/carbon brakes, which are a current Formula 1 technology that was originally introduced to the sport by Brabham in 1976, and features six pistons front and rear. This year is the 70th anniversary of Sir Jack Brabham launching his racing career in Australia back in 1948, so production of the Brabham BT62 will be appropriately limited to just 70 units. Each car will carry a price of £1m ($1.4million) plus local taxes, before options, and orders are now being taken with the first deliveries expected to commence later this year.

In addition, owners of a BT62 will join a Brabham driver development program which will give them the ability to fully exploit the performance of this vehicle out on the track.

With Inputs From AFP Relaxnews