Car Logos and Interesting Stories Behind Them - BMW, Toyota, Tesla and More

Here are some of the most interesting stories behind some of the famous car logos in the automobile industry.

Abhinav Jakhar
According to a dictionary, a logo is defined as a symbol or other small design adopted by an organization to identify its products, uniform, vehicles, etc. But in the bigger picture, it can mean so much more. Most automobile manufacturers are defined by their monikers and the stories behind their trademark marques serve as folklore for most of the petrol heads out there. Here are just some of the stories behind the most famous automobile logos in the business.

One of the most interesting emblems in the business is that of Italian manufacturer Alfa Romeo. Alfa is an acronym for Anonima Lombarda Fabbrica Automobili, while Romeo is the surname of the businessman who purchased the company in 1915. On the badge itself, the red cross found the on the left is a symbol for Milan while the crowned viper swallowing a Moorish man is an insignia of the House of Visconti, historical rulers of the city. James Bond’s preferred marque gets its first name from the Aston Hill Climb and the second half of its name from one of the company’s co-founders, Lionel Martin. The wings badge came along in 1927 to show a sense of speed and is said to be inspired from Bentley’s ‘Winged B’.

Since Bentley had started life making aircraft engines during the First World War, wings seemed to fit the bill. Interestingly, the feathers are said to be uneven in number on both sides. Furthermore, they are said to have varied throughout the car company's history.

The 60 dots placed around the edge of the logo, interestingly, have two stories. First, the dots represent pearls which show grandeur. Second, the dots could represent the safety wires used in Bugatti engines due to the lack of gaskets. The motif seen in the centre represents the initials of the founder, Ettore Bugatti. Ferrari has one of the most recognisable logos in the automobile industry. The Italian flag sits right at the top of the logo while below it is yellow shield, signifying the colour of Modena. The logo also bears the initials ‘SF’ which translate to Scuderia Ferrari or Team Ferrari, and the very well-known black prancing horse. Interestingly, the horse was chosen by Enzo Ferrari because of the late son (Francesco Baracca) of a count he had met. Baracca was fighter ace in the First World War and had a horse painted on the fuselage of his fighter aeroplane. Baracca’s mother had advised Enzo Ferrari to use the horse for his cars, as it would bring good luck. The horse is said to have been taken from a German Pilot, shot down by Baracca, from Stuttgart. Mercedes-Benz, a marque known all around the world for its luxurious cars also has an interesting story behind its name and logo. Part of the name came from the daughter of Emil Jellinek, Daimler’s partner. The other came from Karl Benz, the man responsible with making the first car. When the two came together in 1926, Mercedes-Benz was born. The famous three pointed star comes from a postcard sent by Gottlieb Daimler to his wife which said that he was living in a three pointed star and that ‘one day this star will shine over our triumphant factories.’ The three points are mean to signify land, sea and air and was first seen on a car in 1910.

Before the Second World War, Jaguar was known as SS Cars. However, due to the notorious reputation on the Nazi SS, the name was changed to Jaguar. It came about from an old SS model and famed Jaguar ornament was selected to show forward motion and symbolize grace. Maserati cars have always given off a vibe of class and the logo is no different. The trident in the logo is derived from that of the Roman god Neptune from Bologna’s Piazza Maggiore central square. The trident signifies the qualities of strength since Neptune was the god of storms, horses and earthquakes. Also, Maserati’s hometown is Bologna. Elon Musk’s Tesla is named after the designer of the alternating current electricity system, Nikola Tesla. Infact, the first model by the brand, the Roadster, had a motor which was descended from Tesla’s original design. The ‘T’ seen on the logo signifies a cross section of an electric motor. The upright part represents a rotor pole while the curved line over the top symbolizes a stator. 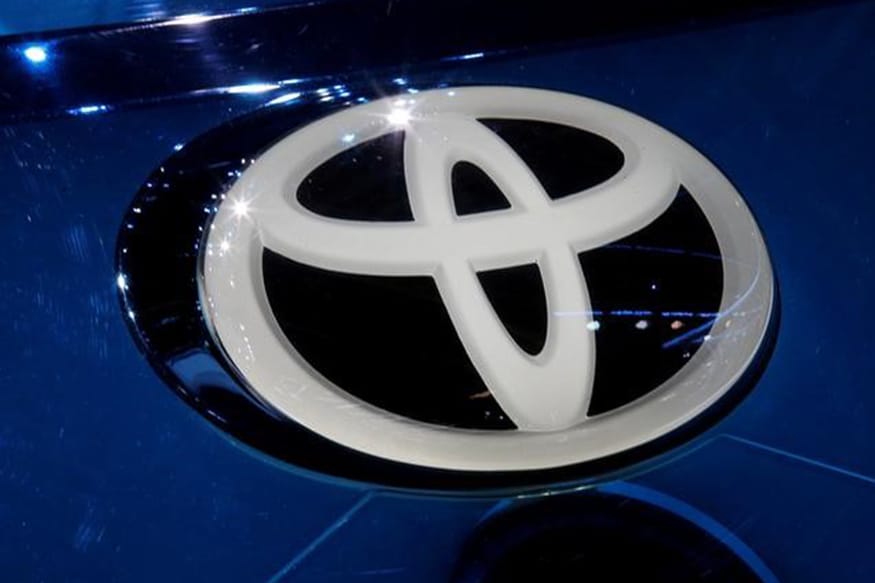 Toyota has been known to make tough and reliable cars and their symbol goes a long way in explaining the company’s stand with regard to its customers. The inner ovals in the logo represent the heart of a customer and also the company. The overlap seen in the ovals represent a beneficial and trust based relationship between customer and company, forming a ‘T’ shape for Toyota as well. The outer oval signifies world embracing Toyota. There are also elements of Japanese calligraphy art and culture as each of the ovals are drawn with varying degrees of stroke thickness. The space seen in the background is said to represent the values Toyota stands for as a automaker – quality, value, innovation, integrity in safety, driving joy, the environment and social responsibility.

Makers of the some of the safest cars in the world, Volvo’s logo comes from the company’s history in the iron industry, symbolizing qualities of iron like strength, safety and durability. In Latin, Volvo means ‘I roll’. The circle with an arrow pointing up to the right comes from Roman symbol of Mars, the god of warfare. Rolls Royce, known for making aeroplane engines and luxurious cars, has arguably the most beautiful marque in the automobile industry. The Spirit of Ecstasy was modelled after sculptor Charles Robinson Sykes’s secretary and mistress – Eleanor Thornton. The ornament itself was commissioned by Lord Montagu of Beaulieu. The figurine features Thornton with her finger to her lips and her robes fluttering. Founder of Lamborghini, Feruccio Lamborghini, used his zodiac sign of Taurus in the car company’s logo. Also, the bull seen in the logo came about when Lamborghini visited a ranch in 1962 which had fight-worthy Miura bulls in Seville, Spain. The bull also signifies the power seen in Lamborghini cars.
Tags