Now that Datsun has finally added an AMT gearbox to the redi-GO 1.0, we took it out for a spin in the crowded roads of Delhi to understand how good the AMT redi-GO is?

Arjit Garg
Any vehicle consisting words like ‘Compact’ and ‘Hatchback’, is a recipe of success, for India is a country obsessed with compact cars and hatchbacks at the same time. But does it mean that merely adding these terms to a vehicle will result in success? The answer is probably – No! One has to have a car that is rightly priced, properly equipped, looks good and performs well. The Datsun redi-Go 1.0L checked all the boxes when it was first launched in India last year. However, it missed on one big trend that the industry is going through – an AMT gearbox. Now that Datsun has finally added an AMT gearbox to the redi-GO 1.0, we took it out for a spin in the crowded roads of Delhi to understand how good the AMT redi-GO is?

At the first glance itself, Datsun redi-Go 1.0 AMT manages to differentiate itself from the rivals, and without much difficulty. However, the exterior is similar to that of the redi-Go 800 cc and redi-Go 1.0L. There’s not even the AMT badge to differentiate the AMT version from the manual versions. The silhouette of the redi-GO exudes a tall boy design, and is complemented by bold bodylines on the doors as well as the bonnet. The stretched-back trapezoidal headlights, a hexagonal grille with hexagonal elements encased inside chrome lining, horizontal DRLs, muscular wheel arches and a protruded rear end – all make the redi-GO a sureshot charmer in this segment. 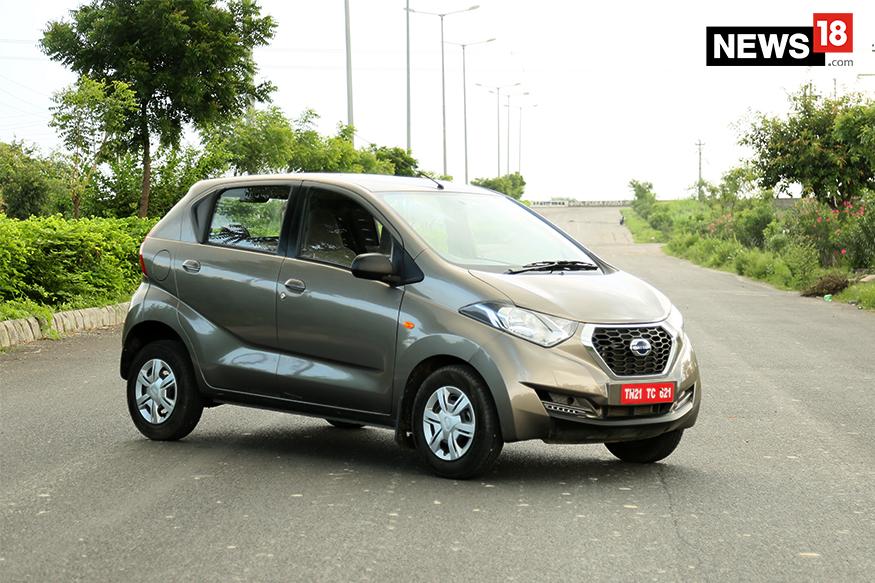 Like the exteriors, the interiors, too, are similar to that of the manual 1.0-litre redi-GO. The only differences are the AMT gear-lever, new Bluetooth-enabled music system and the multi-information display (MID) which now gets a gear position indicator instead of a tachometer. We were expecting a Renault Kwid 1.0 AMT style rotary dial, to add to the cool quotient of the car, but that doesn’t mean we are disappointed by a conventional gear lever either. However, what we are disappointed with is the quality of the plastics and the fit and finish. The all-black cabin with silver highlights looks good and there are plenty of storage spaces to keep your knick-knacks in. There’s a parcel tray above the glove box, below the air-con unit, near the gear lever and behind the steering, making it immensely practical car. Then there are clever innovations like adding bottle holding pouches to the side of the front seats, which adds space for the rear passengers. A tall boy design and large glass-area translates to a roomy cabin in an otherwise compact car. 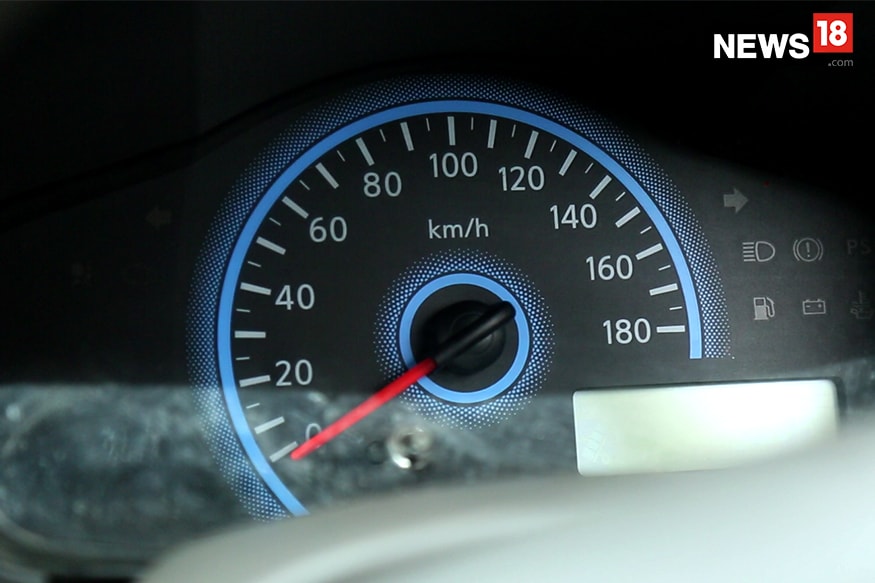 The only change, as reiterated many times, is the new 5-speed automated manual transmission. The rest of the engine is the same 1.0-litre three-cylinder petrol engine generating 68 hp output. We have already driven the 1.0-litre redi-Go and did a comprehensive review of the same and here’s what we found out – “The car now feels peppier to drive and is actually more efficient during those quick overtakes in the city. But the most important part is that although the 800cc model did pack a punch, it did get audible inside the cabin once you got past 4000 RPM – and the catch was – that it was there where the meat of the power was. In this case, though, the power feels a bit more spread out across the RPM range and you don't really need to downshift very often for that extra kick and the engine also doesn't sound strained. This actually goes a long way in improving the driving experience” – Manav Sinha. The Datsun redi-Go 1.0 gets new badging at the back. (Photo: Siddharth Safaya/News18.com)

As for the 5-speed automated manual transmission, Datsun is a bit late in the party considering both Maruti Suzuki Alto K10 and Renault Kwid 1.0 are being offered with an AMT for long now. However, they did tune the gearbox really well, to get the most out of the gearbox in the city traffic. We particularly liked the creep mode that enables the car to move at a speed of 5-7 kmph in bumper-to-bumper traffic, without pressing the accelerator as such. There’s some AMTish hint while pressing hard, but it’s smooth enough for intra-city commutes.

Another welcome addition to the AMT unit is the manual mode that responds very well to the otherwise peppy engine. In terms of handling, the Redigo’s steering is a delight to operate in narrow spaces, which also happens to be its negative aspect when on highway speeds, as the steering lacks confidence. Overall, the AMT of redi-GO is the best tuned gearbox in its segment. There’s a large demographics of youth who want a good looking, dynamic, and affordable car. Datsun caters to this audience via the redi-GO family, especially the 1.0-litre version. Now with the addition of the AMT gearbox, the redi-GO has become even more viable option for the modern day Indian buyers. Priced between Rs 3.81 Lakh – Rs 3.96 Lakh (ex-showroom, Delhi), the redi-GO 1.0 AMT also happens to be the most affordable offering in the segment. If only you can let go the fit and finish, and lack of touchscreen infotainment system (which is easy to buy outside), Datsun redi-Go 1.0 AMT makes a perfect compact car for anyone looking for a practical, affordable and easy-going car!