Home » News » Auto » Donald Trump's 'Air Force One' Lands in India: All You Need to Know About the Presidential Boeing 747
2-MIN READ

Donald Trump's 'Air Force One' Lands in India: All You Need to Know About the Presidential Boeing 747

As Donald Trump arrives in India on the invitation of PM Modi, we take a look at the Air Force One, one of the most recognizable symbols of the U.S. presidency.

U.S. President Donald Trump has announced his India visit on February 24 and he will be flying to India in his world famous Air Force One, often called the “Flying Oval Office” or a fortress in the sky. The presidential plane manufactured by Boeing is one of the largest commercial airliner and has sophisticated cabin not only for the President to relax and hold office meetings, but also to save him during any adverse situation. The Air Force One is one of the most recognizable symbols of the presidency, and probably as important as the White House itself, where the Commander-in-Chief resides when on land. 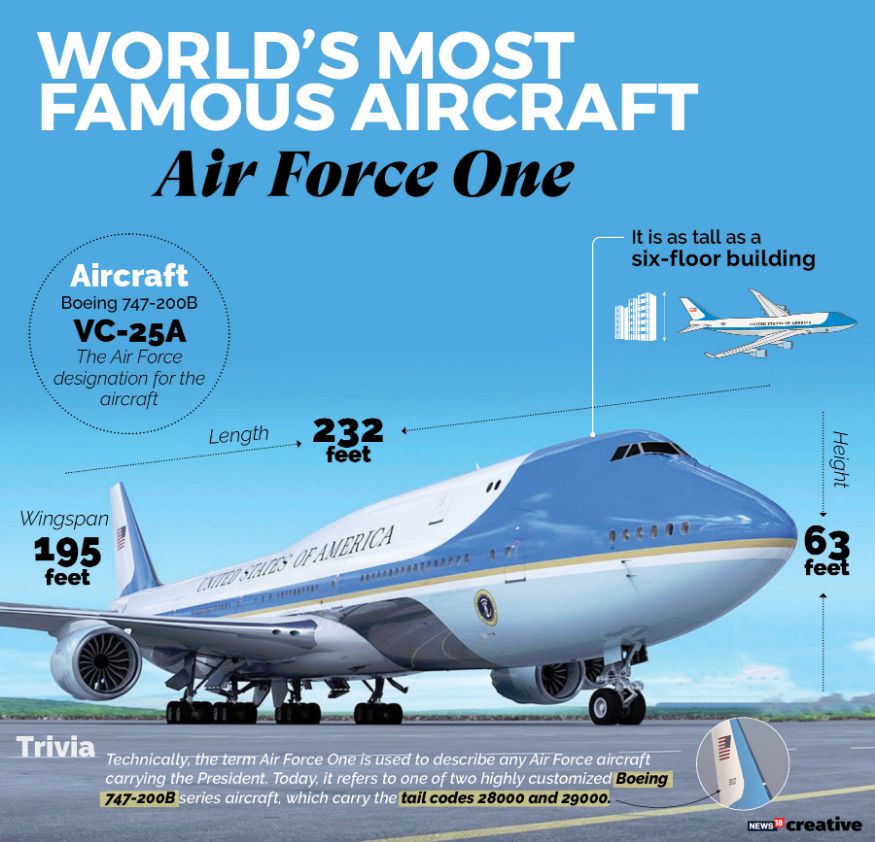