Ducati has launched two offerings in India which will serve as a starting point into their respective family of motorcycles.

Ducati India has launched not one but two motorcycles in India today - the Multistrada 950 which is priced at Rs 12.60 lakh and the Monster 797 which has been priced at Rs 7.77 lakh (all prices ex-showroom, Delhi).

The Multistrada is not exactly a new name in the Indian market as Ducati already sells the 1200cc engine-powered variants of the motorcycle which come with a host of features on board making it one of the best adventure tourers in the world. The 950, though, discards some of those features and opts for a 937cc L-Twin Testastretta engine instead that develops 113 horsepower and 96.2 Nm of torque. The Multistrada 950 also weighs relatively less at 205.7 kilos dry.

It comes with features like four riding modes, Ride-by-wire, adjustable levels of ABS and Traction control and the large LCD instrument console on board. 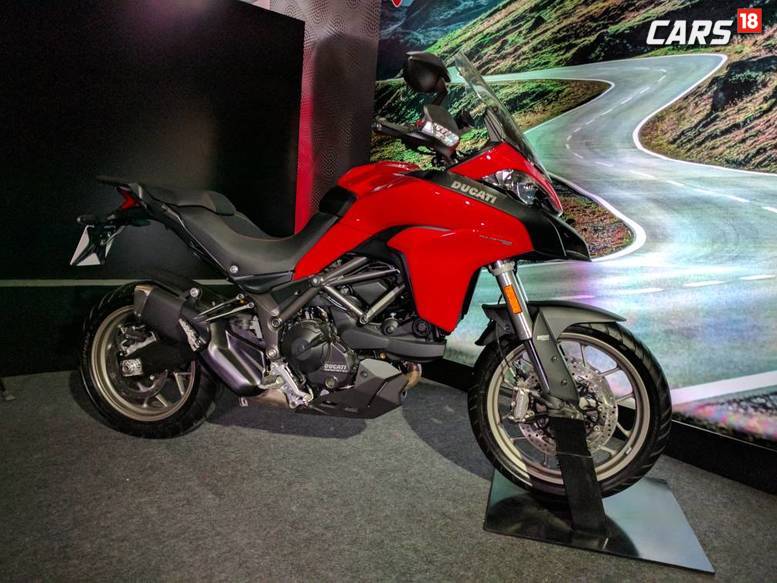 At this price tag, the Multistrada 950 will serve as an alternative for those looking for a capable adventure tourer but don't want to spend a huge sum of money on a full-fledged offering like its elder sibling. It will be majorly competing against the likes of the Triumph Tiger 800

The other motorcycle that was launched by Ducati is the Monster 797 which carries forward the iconic design language of the 'Monster' series of motorcycles that Ducati has been making since 1993, but with a new Scrambled-based 803cc engine that delivers 75n horsepower and 68.9 Nm of torque and comes mated to a 6-speed transmission. It gets the essential 'Monster' elements too like the masculine 16.5-litre fuel tank, Trellis frame and the circular headlamps.

It also gets an LCD instrument cluster on board and comes with Brembo brakes, ABS and Pirelli Diablo Rosso II tyres and weighs 175 kilos (dry).

The new Monster will be a starting point into the Monster range of motorcycles and is also one of the most affordable Ducatis on offer in India. It will also serve as a good option for those looking for a middleweight street-naked motorcycle and would eventually step up to a higher capacity machine.

It will be positioned below the Monster 821 - whose review you can read here.

The Monster 797 will compete against the likes of the newly launched Triumph Street Triple S.