Elon Musk May Launch Tesla in India Soon. But is India Ready?

When Elon Musk hinted on getting Tesla cars to India in summer of 2017, many in India applauded his tweet reply but did anyone consider if India is ready for such a smart car?

Well, many want to get their hands on one, but then think about it, there are so many things that these cars can do, and if you drive one in India there is only so little that you would be able to use. Let's have a reality check here.

How are Tesla cars different from the cars available in India?

Till date, Tesla has unveiled 4 models. The first one was the Tesla Roadster.

The buzz really started with Tesla S, world’s first 100 percent electric sedan. It now has 7 variants of it up for sale.

This was followed by an all-electric SUV named Tesla X which is claimed to be the safest SUV based on its performance in frontal and side crash tests. Talking about the design of Tesla cars, one look at them and anyone can tell how fantastically futuristic these cars appear.

In the Indian market, where each car model’s design is inspired by the other, Tesla will come as a show stopper.

A small example of this is the Tesla Model X which comes with falcon wings, a feature which is still unseen in SUV’s or any road car of any price range in India. 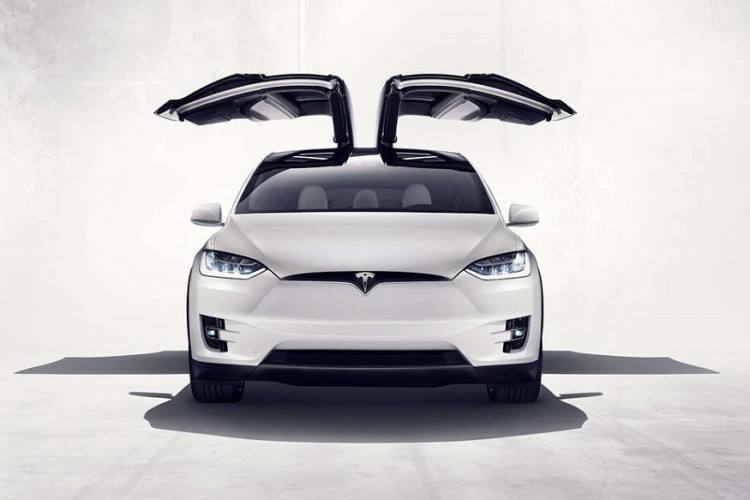 In terms of features, Tesla Model S comes with a 17-inch capacitive touchscreen, WiFi and Internet connectivity and onboard maps and navigation with free updates for 7 years. Compare this with the average display size inside a car in India, which is usually 5-inches and to top it all you only get them in the top variants.

Collectively, these features can help one navigate throughout a country without a hassle.

While Indian cars still struggle with Bluetooth connectivity with smartphones, Tesla will be a huge jump in automotive technology available for the Indian user. Even Apple CarPlay and Android Auto have seen the light of day in India only in late 2016.

Apart from the fact that Tesla cars run completely on electricity, automated driving is the biggest factor in determining the success of Tesla cars. Time and again, Tesla owners have uploaded videos of their cars driving on their own without any human input and even parking it perfectly in a parking zone.

None of the cars in India have anything even close to this feature and as of now, it just looks like a distant dream for the Indian car enthusiasts.

Now let us forget autopilot for a while as it needs radar guidance, internet connectivity, mapping, navigation and other hi-fi technology to work.

Tesla cars come with self-parking technology. This means that your car can read the road signs, find a ‘Legal’ parking spot (It won’t park if it is a no-parking zone) and park itself so effortlessly, that it can give some serious driving tips to many drivers in India. In India, the cheapest car to come with a semi-guided parking assist is the Ford Endeavour and you’ll have to shell out Rs 30 lakh and above to get your hands on one.

Tesla cars will face the toughest challenges if they plan to rule the Indian roads. The biggest roadblock for Tesla to come to India with all its glory is its Autopilot feature.

There is a simple logic behind this. India lacks by a milestone in terms of broadband connectivity throughout the country than all the other countries in which Tesla operates.

No internet coverage = no navigation = no constant autopilot.

On top of that self-drive feature relies on radar guidance and in India if you want a licence for that, you’ll have to apply for it in the defence ministry.

In addition to this, the Indian roads have always been notorious. Lane changing, Over speeding, reckless driving, driving in the wrong lane, traffic lights violation are all very common occurrences.

Nobody is sure if a straightforward computer mind behind the wheel will able to cope up with this much pressure on the road. Meaning, even if you manage to buy a Tesla, it’ll mostly be at a stand still if you chose to go all Autopilot on it.

Going back, Elon Musk had to open up charging stations throughout US to make Tesla a hit. Till the time the same is not done in India, charging a Tesla will be a challenging task for an Indian user.

Tesla cars can take up to 20 minutes to charge to half their capacity at a Tesla charging station. This takes even longer if charged through home set-ups.

Such time-frame is tolerable in countries like US and UK. In India, a charging time so long will lead to even longer and frustrating queues than seen in front of CNG pumps these days. This is just limited to the metropolitan. In rural areas, the challenge is going to be a mammoth.

To tackle this, Elon Musk will have to open up a wide network of charging stations throughout the country. This will again rack up his infrastructural expenditure. Setting up a Gigafactory

This might be the biggest ‘good to go’ for the Tesla co-founder in India. Prime Minister Narendra Modi’s Make in India initiative entitles many incentives to any foreign company which opens up its unit in India.

If Musk can gather enough financial courage to take this leap, things may become easy for him afterwards. Producing a car in India would be much cheaper than producing it anywhere else, given the incentives and the low cost of human labour.

This will ultimately bring down the price of Tesla cars in India. Also, Musk will be able to export units to other countries from here.

Once Tesla gets a hold on the South Asian market with a location-centric manufacturing Unit working for it, it can be financially stable to further bring in its whole list of services to India and the neighbouring countries. Tesla Gigafactory in Nevada- the factory where Tesla cars are manufactured.(Image: Tesla)

India is one of the biggest markets for most of the major automobile companies in the world. The problem with Tesla is, it does not follow in their footsteps.

While other automobile companies have shifted from Petrol to Diesel to CNG and then to Hybrid, Tesla cars cannot ingest anything other than electricity.

This means setting up an entirely different infrastructure for powering them.

Though this can be tackled by a home charging accessory that comes with Tesla, it has its own drawbacks.

First, it takes a lot of time to charge and second and more ‘India-centric’ limitation is that the majority of the population in India lives in apartments. This may not allow them to access the charging ports so easily as from an individual house.

As mentioned earlier, Tesla’s Autopilot feature too cannot be a big hit in India until the country ranks higher in its internet connectivity.

Not to forget, the driving culture in India will not let a computer replace the human drivers so easily. This, in addition to the constantly deteriorating conditions of the roads, will further step-up the challenge for Tesla cars. It will be interesting to see how the futuristically automated car will perform in India. Autopilot being its biggest USP, there are chances that the models to be launched in India will not be carrying it.

Rest assured, Elon Musk is a guy who can be trusted to tackle any challenge with utmost dedication. Need to make 100 percent electric cars, leave it to him. Need reusable rockets for space exploration, ask Musk and let him take care of it.

But if anyone can bring electric cars to Indian roads and run them successfully right now, it can only be Mahindra with its e2o and we all know how many of those things sell in India.