Every Hour 17 People Die in India Due to Road Accidents; Uttar Pradesh Most Dangerous – Infographic

As per the government data, almost 1.5 Lakh people lost their lives in road accidents in 2017, which translates to 17 deaths every hour due to an accident.

The Union Minister of Road, Transport and Highways, Nitin Gadkari presented the Motor Vehicles (Amendment) Bill, 2019 in Lok Sabha on Tuesday as the bill was passed by a voice vote. The bill will now be tabled at the Upper House, Rajya Sabha and aims to weed out corruption, improve road safety and usher in use of technology to regulate traffic. While Nitin Gadkari said he is here "not to show any dream" but to fulfil promises made on better, smoother roads and latest transport technology, it is a fact that Indian roads are the most dangerous ones for motorists. 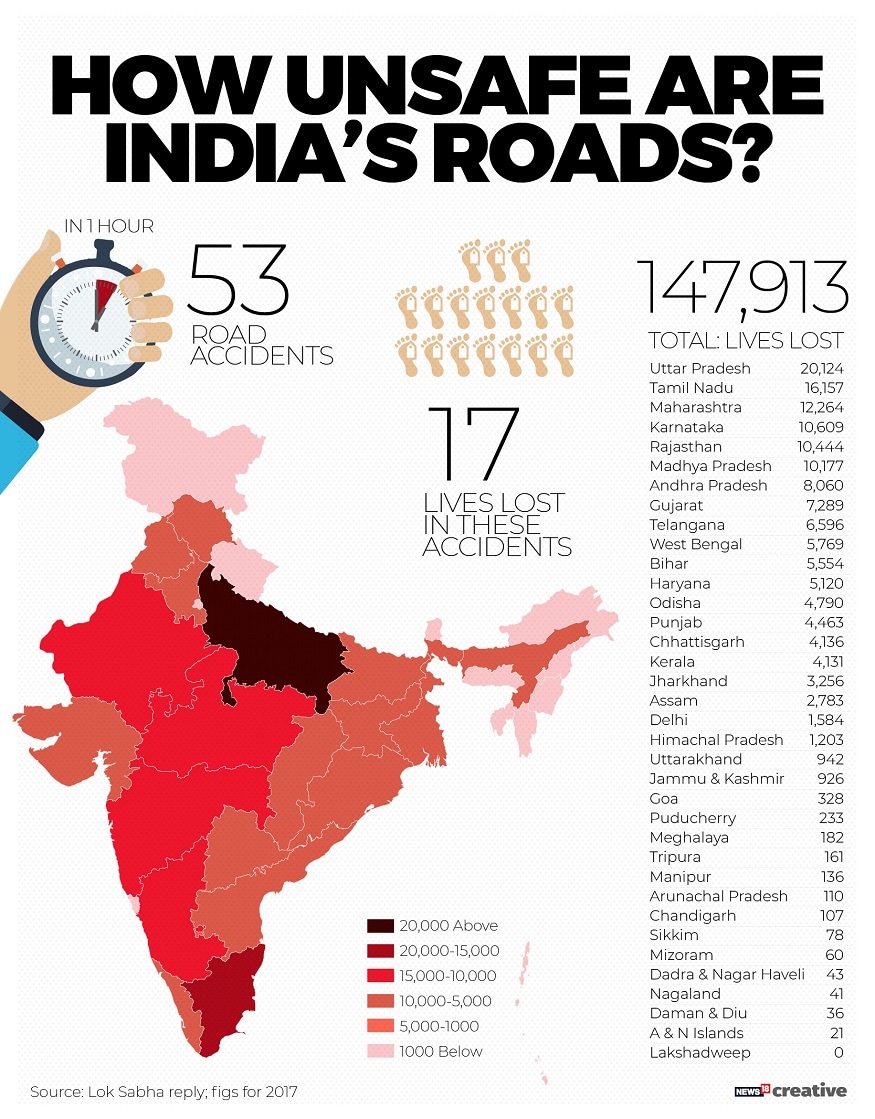 Uttar Pradesh is the worst affected state with 20,124 people losing their lives in road accidents, followed by Tamil Nadu with 16,157 fatalities. Maharashtra, Karnataka and Rajasthan are among the top 5 states. On the other hand, Delhi is among the safest place to drive considering the ratio of the number of vehicles sold yearly and the number of fatalities.