Here are the spy images of the upcoming Mahindra XUV300 compact SUV during testing in Delhi NCR.

Mahindra is all set to launch its new compact SUV XUV300 in India on February 14 and ahead of launch the car has been spotted testing on road. Company has officially revealed the car online but no real life images have been released so far. Now News18.com has got images of the camouflage test unit of the Mahindra XUV300 compact SUV. In terms of size, the car looks similar to the Maruti Suzuki Vitara Brezza. The XUV300 shares its platform with the SsangYong Tivoli which is a globally successful product that has sold over 2.6 lakh vehicles in 50+ countries since its launch in 2015. The Tivoli has also received multiple safety and ergonomic awards including a Grade 1 safety award from the 2015 KNCAP (Korean New Car Assessment Program), automotive safety test. The XUV300 will be manufactured at the company's manufacturing facility at Nasik. 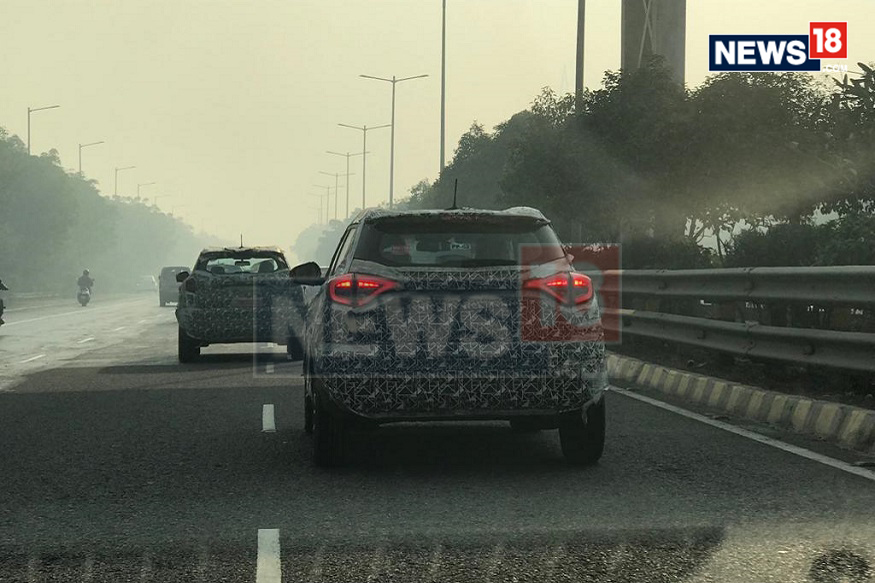 The new XUV300 carries forward the characteristics of the XUV500 with its cheetah-inspired design and advanced technology features. The XUV300 's headlamps integrate with the fog lamps forming a Cheetah-like tear-duct, while the pronounced wheel arches are inspired from the muscular haunches of the Cheetah. Furthermore, its dual-LED DRLs and LED tail lamps, give the upcoming SUV from a Mahindra signature style. Under the hood, Mahindra XUV300 will have both petrol and diesel engine options with torque of 300 Nm for Diesel & 200 Nm for Petrol engines. The engines will come mated to a 6-speed transmission. The car will have 3 variants (W4, W6 & W8 ) and 1 optional pack (W8 (O). The Mahindra XUV300 will be fully loaded with new age features as on its elder sibling the XUV500. The car will get a touchscreen infotainment system that supports Android Auto and Apple CarPlay, sunroof, leather upholstery, cruise control and dual-zone climate control.

In terms of safety, the car also gets 7 airbags, ABS, disc brakes on all four wheels and ESP. In the Indian market, the car competes against the likes of Hyundai Creta, Maruti Suzuki Vitara Brezza and Ford EcoSport.