Home » News » Auto » FAQ| Story of Rafale, Its Importance for India and Weaponry Explained - All You Need to Know
4-MIN READ

FAQ| Story of Rafale, Its Importance for India and Weaponry Explained - All You Need to Know

An IAF pilot gets out of a Rafale jet during the induction ceremony in Ambala. (Photo: Reuters)

We answer all your queries in our FAQ series about the history, specifications and importance of the Dassault Rafale to understand the Fighter Jet better.

The induction is seen as a major boost to the India’s air power and strategic edge over our two neighbouring countries on eastern and western borders. The Ambala airbase is well within the reach of both the borders.

We answer all your queries in our FAQ series about the history, specifications and importance of the Dassault Rafale to understand the Fighter Jet better-

[ans]Last year in 2019, Indian Air Force struck a Jaish-e-Mohammed camp in Balakot, following which there was attempt by Pakistan to cross Indian border using their F-16 Falcon jets. While our forces averted any misadventure by Pakistani side, we lost one Mig-21 Bison in the process. Prime Minister Modi said, “Rafale fighters could have delivered even better results”. Since India has just received Rafale, the Indian Air Force deployed a dozen Mirage-2000 aircraft, made by the same company to hit the targets. 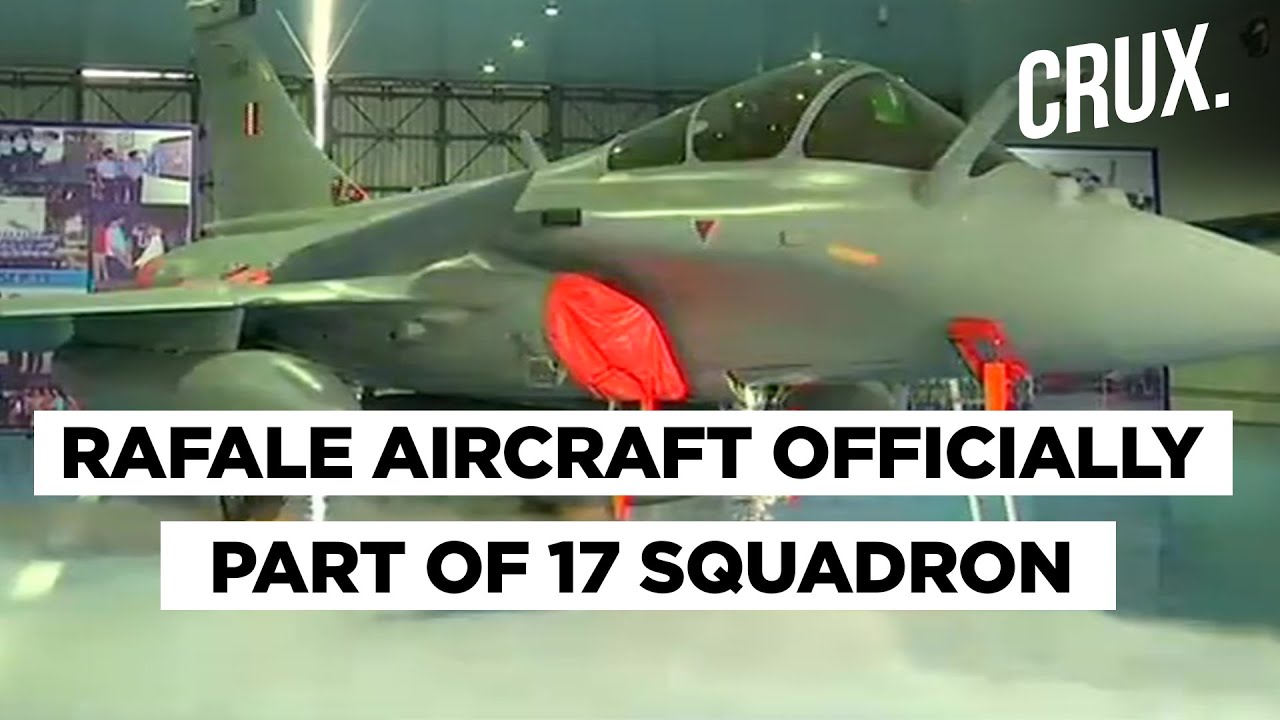 [ans]The idea to induct additional fighter jets in the IAF has been since 2001, the actual process began in 2007. The Defence Acquisition Council, headed by then Defence Minister AK Antony, approved the ‘Request For Proposal’ to buy 126 aircraft in August 2007. This kick-started the bidding process. The plan included acquiring 126 aircraft, 18 of them in fly-away condition and the rest to be made in India at the Hindustan Aeronautics facility under transfer of technology.

However, it was later decided that India will acquire only 36 jets from Dassault, all in fly-away condition. Defence Minister Rajnath Singh received the first of 36 Rafale fighter jets and flew a sortie in the MMRCA fighter jet from a French airbase in Paris to gain first-hand experience of the aircraft. Rafale is handed over to Singh on the foundation day of the Indian Air Force. The first Rafale bears a tail number ‘RB 01′, where ‘RB’ stands for Air Chief Marshal R.K.S. Bhadauria, who played an important role in negotiations for procuring 36 Rafale jets in the flyaway condition.[/ans]

[ans]Rafale is a French word meaning “gust of wind” and is a French-origin Delta winged, twin-engine multirole fighter aircraft manufactured and designed by Dassault Aviation. In early 1980s Dassault formally announced to build aircraft for the French government and the testing started in 1991. The production of the first aircraft series started in late 1992 but was suspended in 1995 due to political and economic uncertainty.

The production was restarted in 1997 after an initial order of 48 aircraft was placed by the Ministry of Defence followed by further order of 59 Rafale in 2004 and 60 aircrafts in 2009. The French Air Force first operational Rafale squadron, EC 1/7 “Provence”, was stationed at Saint-Dizier airbase in 2006. [/ans]

[ans]Dassault’s Rafale was not India’s only choice as several international aviation manufacturers expressed interest upon knowing the Indian government’s mammoth plan to revamp its air force fleet by introducing MMRCAs. Six renowned aircraft manufacturers competed to bag the contract of 126 fighter jets, which was touted to be the largest-ever defence procurement deal of India. The initial bidders were Lockheed Martin’s F-16s, Boeing’s F/A-18s, Eurofighter Typhoon, Russia’s MiG-35, Sweden’s Saab’s Gripen and Dassault’s Rafale. All aircraft were tested by the IAF and after careful analysis on the bids, two of them — Eurofighter and Rafale — were shortlisted.

While Rafale is a 4.5-gen multi role fighter jet, there are a handful of 5th gen fighter jets that are more advanced and lethal. However only America, China and Russia are currently making such planes and there are only four of them in service as of now. [/ans]

[ans]The Rafale is a modern fighter jet known for its agility, speed, weapon holding capacity and attack capability. The Dassault Rafale has a delta wing design and is capable of g-forces as high as 11g (in case of emergency).
The Rafale is powered by two SNECMA M88 engines, each capable of providing up to 50 kilonewtons (11,000 pounds-force) of dry thrust and 75 kN (17,000 pounds-force) with afterburners. The engines push the Rafale to attain a high speed of 1.8 Mach (1912 kmph) and a range of more than 3700 km with 3 drop tanks.

[q]Where is the Rafale jet based out of and why?[/q]

[ans]The Dassault-Made 4.5-gen multi-role fighter jet ‘Rafale’ has been formally inducted in the Indian Air Force at the Ambala Airbase. The first squadron ‘Golden Arrows’ 17 will operate these fighter jets, five of which have already been inducted. Few others are in France utilized to train the IAF pilots. India is constantly facing aggression from both the eastern and western borders and Ambala is strategically located to reach any of these borders in a flash. On the east is China constantly nudging India in Leh and Arunachal and on the west is Pakistan carrying its agenda from J&K and Punjab borders. Ambala is geographically located close to these locations[/ans]