Fitted with a 1000-horsepower engine developed from Formula One, the new 4WD Ferrari SF90 Stradale hybrid sports car was proudly displayed at the company's historic base in Maranello, near Modena, in northern Italy.

Ferrari presented a luxury car with a difference -- a hybrid model that can cruise silently through city streets on electric power as well as hitting a top speed of 340 km per hour. Fitted with a 1,000 horsepower engine developed from Formula One, the new 4WD SF90 Stradale hybrid sports car was proudly displayed at the company's historic base in Maranello, near Modena, in northern Italy. Chief Executive Louis Camilleri described the new car as "astounding, fast and completely revolutionary".

As well as offering the traditional thrill of high speed and performance, the new car permits 25 km of electric-only power, allowing drivers to leave home quietly and pass through city centres free of noise or dirty emissions.

"It will be silent, we don't want to hide that this car can run electric too," Chief Technology Officer Michael Leiters said. Smartphones of the 130 journalists attending the launch were taken away to prevent unauthorised photos of the new model leaking out. Ferrari has already made one hybrid model -- the limited series LaFerrari -- but the SF90 Stradale will be it's first to be more widely produced.

The unveiling comes in the same week that former Ferrari parent Fiat Chrysler pitched a merger deal with French peer Renault in part to catch up in electric vehicles. Ferrari was spun off from Fiat Chrysler and listed separately. The two companies share the same top shareholder, the Agnelli family's Exor holding. Hybrid power units were introduced into Formula One racing in 2014, helping to facilitate the transfer of technology to Ferrari road cars.

About 2,000 selected customers from all over the world have been invited to Ferrari between Wednesday evening and Friday to view and reserve the new car, which will be delivered within 12 months. Its price will be announced this week. 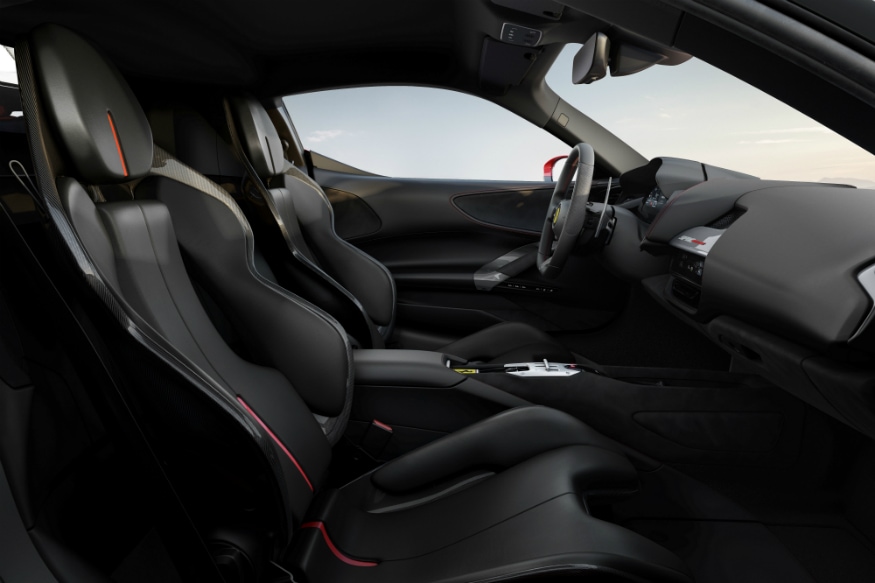 Other buyers will have to wait for more than a year. Ferrari sells over 65% of its cars to clients who already own one.

There is also an emerging new breed of premium or high-performance electric sports cars. These so-called supercars include Tesla's upcoming Roadster Founder Series, which will sell for over $200,000 and the Rimac Concept Two, priced in the region of $2 million.