The Tata Nexon after the crash. (Photo: Indian Auto)

The Tata Nexon was the first made-in-India car to get a 5-star crash test safety rating.

The Tata Nexon is undoubtedly one of the most popular compact SUVs being sold in India and it was also the first car made in our country to bag the honour of being the first car to get a full five out of five-star crash test safety rating. The strong build of the car has come to light yet again as a Tata Nexon got involved in a crash with a Toyota Fortuner and as per a report by Indian Auto, it managed to keep all its occupants safe.

The report goes on to say that the impact was strong enough to have the Fortuner rollover four times upon impact. As can be seen in the pictures, both the vehicles were damaged quite badly. As for the occupants in the Toyota Fortuner, there is no information about them as per the report. 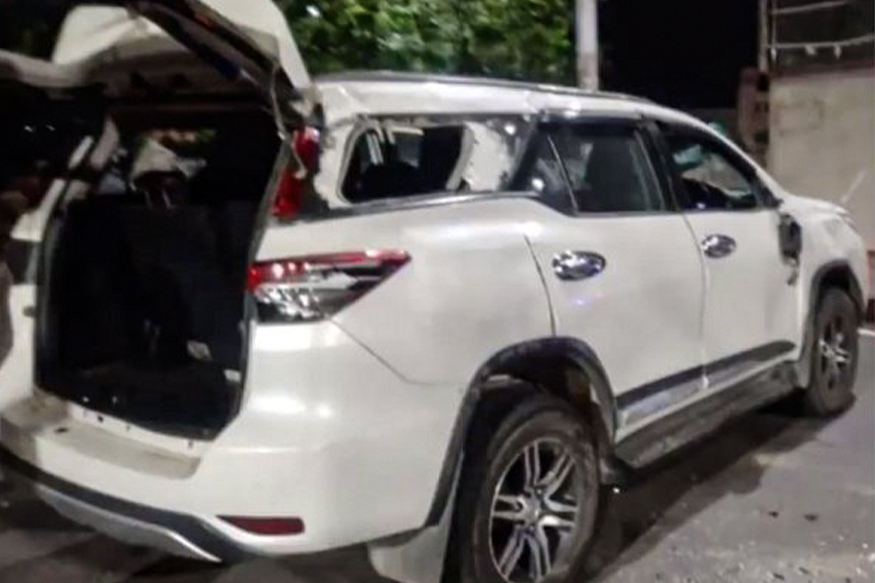 The Toyota Fortuner after the collision. (Photo: Indian Auto)

One of the reasons for the Fortuner rolling over could be the angle of the impact post which, due to its high centre of gravity, the bigger SUV went tumbling. The report adds that the insurance claim for the Fortuner has come out to be a whopping Rs 11 lakh.