Ford Endeavour 2016 Review: The Most Desirable Beast For Now

From Sunil Shetty of SUV's, the 2016 Ford Endeavour is now the Salman Khan of SUV under Rs 30 lakhs in India.

Siddhartha Sharma
Ford Endeavour, an SUV that had Sunil Shetty as its brand ambassador once and a rather boxy look has come in a brand new avatar in 2016. From Sunil Shetty of SUV's, it's now the Salman Khan of SUV under Rs 30 lakh in India. We got the monstrous 3 Litre 4X4 automatic transmission Ford Endeavour 2016 and here's what we think about it.

For starters, the new Ford Endeavour is massive. It's now sleek and has a lot of curves to it. The front nose is now more pointy and the grille has loads of chrome that gives it a magnanimous stature. The headlamps are redesigned with LED daytime running lights and projector beams. The 7-seat SUV has loads of space inside and comes with a lot of gadgets to play around with. You get 22 buttons on the steering wheel itself. The car's instrument cluster gives you loads of data points to churn and every button has a meaning to it. The list of interior features are endless and the touch of leather on the dashboard adds to the luxurious charm of the cabin. The riding position is as commanding as it can get on a massive SUV and there is enough leg room and thigh support for all the passengers in the car. The third row is a bit cramped but that, in India, is basically meant for your kids. The cabin is not at all claustrophobic thanks to the massive sunroof that the new Ford Endeavour comes with.

The interior features include a massive touch screen infotainment system on the dash board, electronically adjustable driver seats, loads of airbags for safety, Ford's SYNC 2.0 for you smartphone connectivity, Automatic Climate control and 10 speakers that can put any pre-fitted music system in a car to shame. The cabin also has noise cancelling technology in it which makes it quiet and you won't hear the 3.2 litre motor inside it at all. The highlight of the new Ford Endeavour is the massive 3.2 Litre diesel engine that churns out 200 PS of power and 470 nm of torque. Couple that with a 6-speed automatic transmission and you have a monster under your command. The Ford Endeavour also comes with a 4X4 drive terrain and you also get a nifty little knob next to the gear lever to play around with the terrain management system. There are four modes on the terrain management on the Ford Endeavour. With just the rotation of the knob the SUV changes characters and can be ready to go offroad. There is Grass, Mud, Snow, Sand and also a Rocky terrain management system. This SUV is ready for any terrain that you can possibly imagine to go on. The rocky terrain management makes the car go in a low range 4X4 mode and delivers loads of power for you to negotiate the tricky rocks. The hill descent control on the Ford Endeavour also works like a dream, the driver just has to manage the speed with the buttons on the steering wheel. 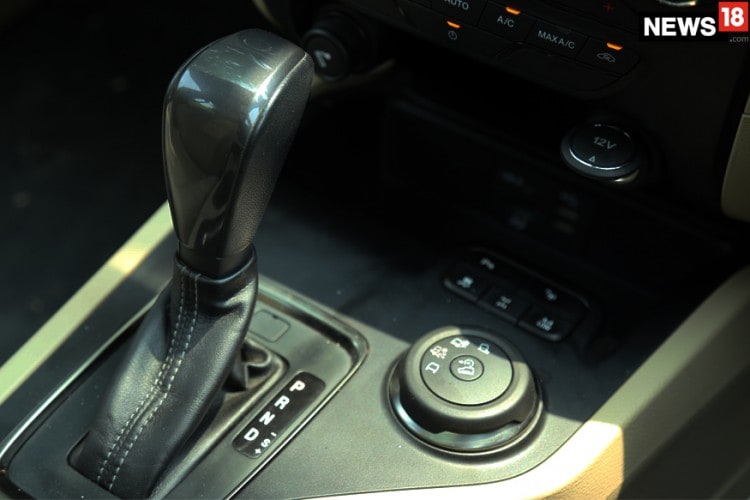 And if you think that parking can be a problem for such a huge SUV, don't worry the Ford Endeavour has even that sorted for you. The car comes with parking assist and can parallel park itself in tight spaces. All the driver needs to do is manage the gear shift and the brake pedal. The SUV maneuvers itself in park assist mode. One can write a book on the features that the Ford Endeavour comes with and still you won't be done with it.

It's a powerful SUV to drive as well and comes with all the creature comforts one can desire in an SUV. It definitely has an edge over its existing competitors in the Indian market just based on the features that it comes loaded with.

For such a powerful engine what one tends to lose on is fuel economy. The 3.2 lite engine gave us just 8.1 km to a litre of diesel we put in it. But Ford does have a 2.2 litre engine on the Endeavour now that comes with similar features to the 3.2 litre version. Another thing that was a bit disappointing was that the park assist on the Ford Endeavour only parallel parks and only towards the left side of the SUV. There is no perpendicular parking on the new Ford Endeavour. 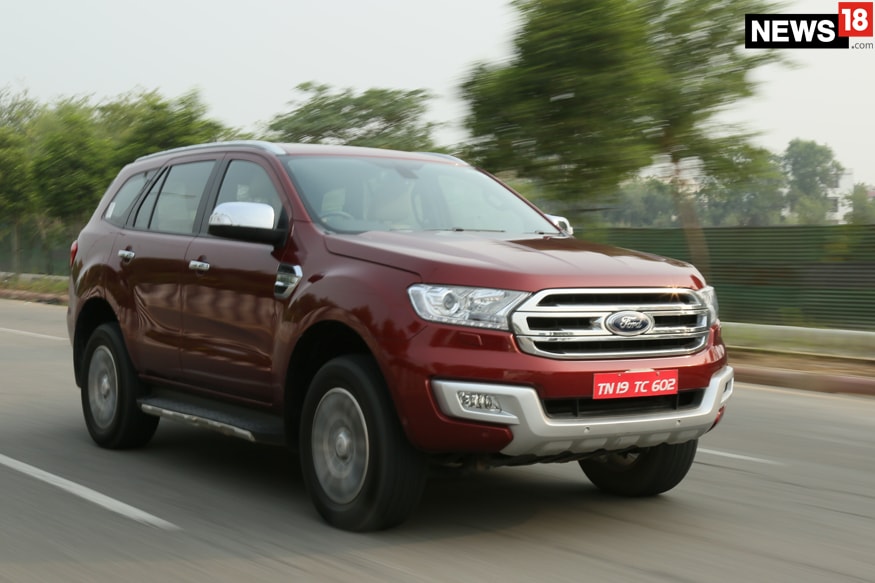 For almost Rs 30 lakh something as simple as a Start/Stop button is missing on the Ford Endeavour. You still need to turn a key to fire up the engine on such a beautiful beast. Plus, if you are living in Delhi/NCR, just forget to buy any of the version of the new Ford Endeavour, thanks to the diesel ban.

There are going to be new versions of the Toyota Fortuner and Chevrolet Trailblazer launched in India very soon. But if one looks at the under Rs 30 Lakh SUV segment in India, the Ford Endeavour is miles ahead of its competition and is the most desirable beast in the segment.