Ford Mustang GT: Here's All You Need to Know About This True Grand Tourer

The Mustang has been a great value for money. The version on sale in India is priced at Rs 65,00,000.

Been in existence for over 50 years in America, Ford Mustang has come a long way from its first conception in 1962 when Ford wanted to build a sports car that had adequate power, looked distinctive and was light weight.

The Mustang, more than just a car, has been recognised as a movie star. It shot to fame in the ever so popular car chase scene from the film 'Bullitt' when Steve McQueen drove the 1968 Ford Mustang GT, tailed by a baddy in a 1968 Dodge Charger. The noise from a Mustang has been an anthem for many petrolheads for decades. Like every car chase scene, Bullitt was supposed to have an action packed music in the back ground, but it was later decided that the scene will have no music and only raw noise of the then in use V4 engine. Mustang GT is the only proper Grand Tourer on sale in India. Unlike its predecessors which had raw power and not much going on in the cabin, modern Mustangs have sophisticated equipment for comfortable grand touring.

It comes with Electronis Line-Lock mechanism. It keeps the front brakes locked while you accelerate to warm the rear tires for enhanced grip. 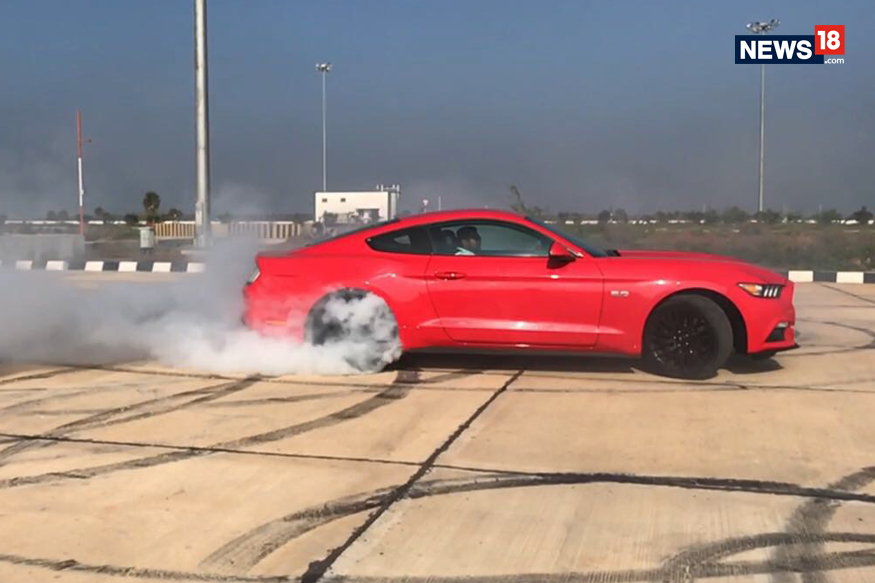 The machine concentrates on performance, and for you to focus on it too, there's the LCD productivity screen. It displays steering wheel controls - accelerometre, acceleration timer and other performance metrics. It has four drive options - normal, snow/wet, sport and track.

It delivers to the thrill of using a manual transmission, along with the ease of an automatic through six-speed paddle shifters. Safety is covered by ABS, EBD and Eletronic Stability Control. With all that power, ESC reduces chances of skidding, sliding sideways and over- and under-steering at corners.

Ford says the interior has been designed with inspiration from classic airplane cockpit. Driver’s seat has been positioned low and sporty. 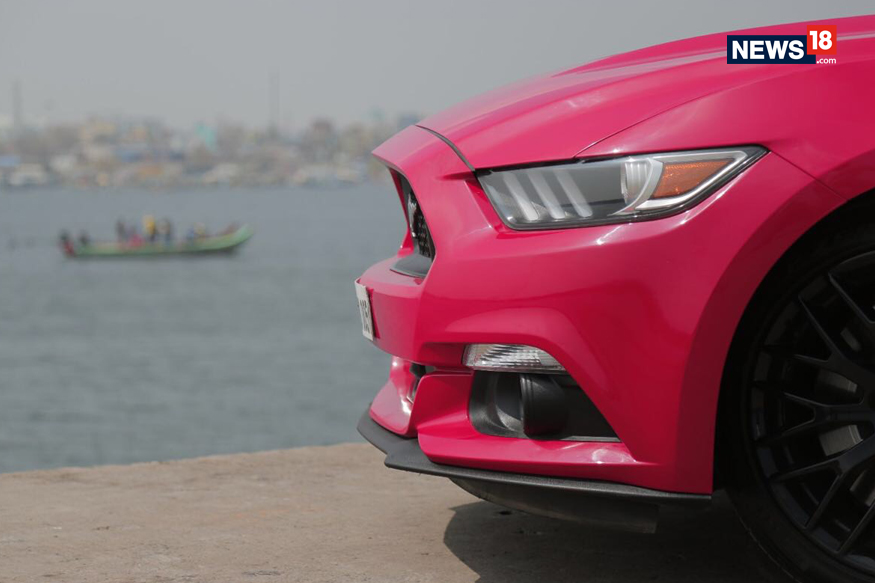 The console in the centre has Sync 2 Connectivity System. It was developed in partnership with Microsoft, and is a fully integrated voice activation system that allows usage of devices hands-free while driving.

Temperature inside the cabin is handled by Hands-free Climate Control. It has keyless entry and push-button start. Another interesting feature is Ford MyKey. If you're a parent to a young driver, you can reduce distractions and limit speeds through this system. Stereo volume can be limited, frequency of seat belt reminders can be increased and incoming phone calls and text messages can be blocked to reduce distractions.