From Oakland to Oblivion: The Life And Death of Pontiac

It was on January 20, 1909 that General Motors first took a financial interest in the firm.

Beginning life as the Oakland Motor Car Co., founded by Edward Murphy in 1907, Pontiac's history has traversed both high points and low moments in car design, producing icons like the GTO and flops like the Aztek.

It was on January 20, 1909 that General Motors first took a financial interest in the firm. Initially positioned as a premium marque, Oakland performed well, but when it launched the more affordable Oakland Pontiac in 1926, sales exploded and those of Oakland's other models stalled. Six years later, Pontiac was a brand in its own right and Oakland was no more.

However, Pontiac's perceived affordability meant it attracted older, more sensible customers. As the 50s got underway they did with a sense of youth and optimism that Pontiac wasn't reflecting. That is until 43-year-old Semon "Bunkie" Knudesn became general manager in 1956 and John DeLorean (31) joined the fold. Together they turned Pontiac into the most exciting marque in the GM stable, even if it meant breaking corporate rules. Under Knudesn and DeLorean, Pontiac ditched the chrome and the fins. The cars went racing (and won) and captured the imagination of teenagers. The 1960 Pontiac Bonneville was the only "cool" full-size car on US roads.

And in 1964 it went one better. DeLorean took the company's biggest 6.4-liter (389-cubic-inch) V8 and stuck it into a mid-sized Tempest, creating the GTO: America's first muscle car and the birth of a car genre that's still going strong today. 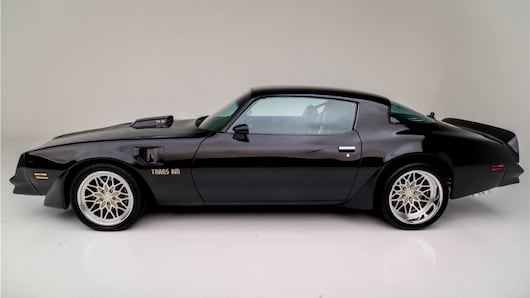 DeLorean followed this up with luxury full-size coupés that had an eye on performance as well as comfort. By 1969 the Pontiac Grand Prix was selling a phenomenal 112,486 examples a year and this success is now considered the beginning of the end.

Everyone that worked wonders at Pontiac was promoted to another division. DeLorean moved to Chevrolet that year.

However, Pontiac wasn't finished creating icons. The Firebird Trans Am shook things up in 1974 and thanks to Burt Reynolds and the first "Smokey and the Bandit" film the car was a global automotive star by 1977. Unfortunately, that was the last hurrah. Pontiac may have hit an all-time sales record in 1984 (850,000 vehicles) but in reality struggled throughout the 80s and 90s to build and maintain its personality among GM's brands.

Its last bold move was the Aztek. When it was unveiled in 2001, conceptually it was bang on trend: a vehicle that blended the best elements of a sedan and the SUV, essentially creating the crossover -- but in terms of looks and handling it fell flat.

GM killed off Pontiac officially on April 27, 2009 and a year later, on June 1, 2010, GM filed for Chapter 11 bankruptcy protection. The company has since come out the other side on a firmer financial footing. And while Pontiac is no more, even the Aztek is now starting to find some love thanks to being Walter White's car of choice in groundbreaking TV show "Breaking Bad."