General Motors is looking at an affordable way of getting consumers behind the wheel by piloting a rental scheme along the lines of the Airbnb model of renting vacant properties.

The way vehicles are bought and run has changed a lot over the last few years as leasing has become increasingly popular, a number of manufacturers are now selling direct to consumers, and some are even offering their models on subscription services in certain cases. Well, now General Motors is looking at yet another affordable way of getting consumers behind the wheel by piloting a rental scheme along the lines of the Airbnb model of renting vacant properties.

GM's pilot program is set to start in the summer, and it will allow owners to rent out their own vehicles when they're not using them. Testing will take place through GM's Maven platform, which is where owners will put their vehicles up for rent online and share the financial proceeds with the automaker. The pilot scheme is being reported by the Automotive News publication and Bloomberg, but participants have asked not to be identified as the plans are not yet being made public. 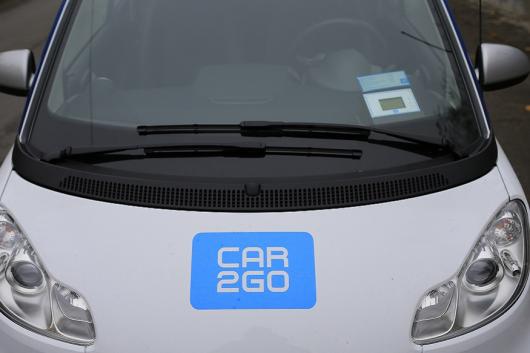 If testing proves successful, GM is looking to develop the idea into a full-blown business, and it could represent a further step towards a transition for the company from vehicle manufacturer to mobility supplier. It's no secret the company's value has stagnated for years as investors have worried about vehicle sales peaking, and the increasing competition from tech startups becoming increasingly involved with the industry as it moves towards electrification and driverless technology. But shares rose to a record high last October as GM's plans for self-driving cars and services like Maven have struck a chord with investors.

The Maven unit already rents GM vehicles to individual drivers, including customers looking for short-term transport as they have through services such as Zipcar. Maven Gig is a branch of the operation that also lends cars to drivers working for companies such as Uber Technologies Inc., Lyft Inc. and a number of food-delivery businesses.

Up to this point though, General Motors has owned the vehicles itself. By launching the peer-to-peer, Airbnb-style service, Maven would be able to make revenue by accessing more vehicles without the need for its parent company to invest so heavily in its own vehicles sitting on its balance sheet.

Although a lot of people may not like the idea of letting a stranger drive their vehicle, the same could be said of Airbnb and people's homes, but the success of that service has been little short of remarkable.