Harley-Davidson Deluxe has been launched in India. (Photo: Ayushmann Chawla/News18.com)

Harley-Davidson has launched three new motorcycles in India which are a part of the company’s Softail family of motorcycles. The new launches are – Fat Boy 115 Anniversary Edition, Low Rider and Deluxe. There’s already a Harley-Davidson Fat Boy on sale in India currently but that one is powered by the smaller Milwaukee-Eight 107 engine. The new Fat Boy 115 is powered by the bigger Milwaukee-Eight 114 engine.

The Harley-Davidson Fat Boy 115 Anniversary Edition is powered by a 1868cc V-Twin engine that develops 161.3 Nm of torque, up from the 144Nm torque that the smaller Fat Boy produces. Other than that, the styling remains largely the same.

The Harley-Davidson Deluxe – one of the two all-new motorcycles which have been launched in India – comes across as a motorcycle that has some resemblance to the Harley-Davidson Heritage Classic, but the Deluxe takes a more retro approach to design. The wheels on this one are spoked and are complemented by whitewall tyres. It will be offered with a single seat setup as stock and the rear passenger seat will be offered as an accessory. Other notable design features are the relatively shorter handlebars and Harley-Davidson has decided to skip the wind deflector on this one. 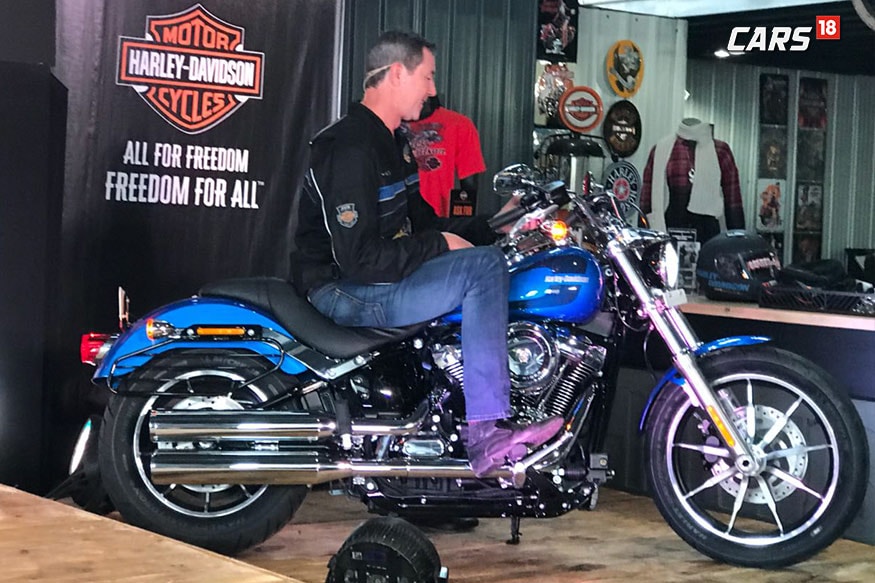 The other all-new motorcycle launched in India is the Harley-Davidson Low Rider. Powered by the 1746cc Milwaukee-Eight 107 V-twin engine, the torque output stands at 149 Nm and comes mated to a 6-speed transmission. There are telescopic forks at the front and a mono-shock suspension setup at the back. When it comes to design, the highlight would be the 2-into-2 shotgun exhausts as well as the Alloy wheels.