The Hero XPulse 200 is now BS-VI emission norm compliant and as a result, it is more expensive, heavier and down on power. But it still makes a pleasing case for itself.

The Hero XPulse 200 was an impressive motorcycle ever since I rode for the first time and took it for some off-roading, after a long highway ride, to the Big Rock Dirtpark in Bengaluru just over a year ago. Now, the XPulse has been updated to BS-VI emission norm and with that, it has gained a bit of weight, lost a bit of power and torque and has become a bit more expensive. This made for the perfect reason to get back on the motorcycle once again and to my pleasant surprise, it was right in the middle of the Delhi monsoon.

Rain makes riding motorcycles a lot more fun but when you have something with the promise of an XPulse 200, well, it means not only will you be pushing the motorcycle in the tricky riding conditions but push yourself as well by exploring and going to places you have not gone before. This, ultimately, gave me a complete understanding of what the XPulse brings to the table even with all the changes that it now has. Here’s what I found.

Let’s start off with what’s similar to the older XPulse 200. This includes the combination of a 21-inch wheel at the front and an 18-inch wheel at the back shod with dual-purpose tyres. You also get a high ground clearance of 220mm along with an aluminium bash plate for added protection. There is the long travel front suspension with a preload-adjustable monoshock at the back and you have an upswept exhaust for better water wading capabilities. Braking duties are done with disc brakes both front and back and the XPulse comes with a single-channel ABS. In terms of features, you get an all-LED headlamp and the instrument cluster is all digital. And yes, you still get Bluetooth connectivity to give you turn-by-turn navigation. And now that you are up to speed with all of the things that this motorcycle offers, it’s now time to talk about the big change – the engine.

The 199.6cc single-cylinder engine is now BS-VI emission norm compliant, as we mentioned earlier, but in order to meet that emission norm, Hero MotoCorp has had to make a few changes. One of them is that in order to fit the bigger catalytic converter, the exhaust header pipe runs downwards instead of running across like before, which was arguably a lot cooler. The other big change is that the carburettor version of the XPulse is no longer on sale, you only have a fuel-injected version. 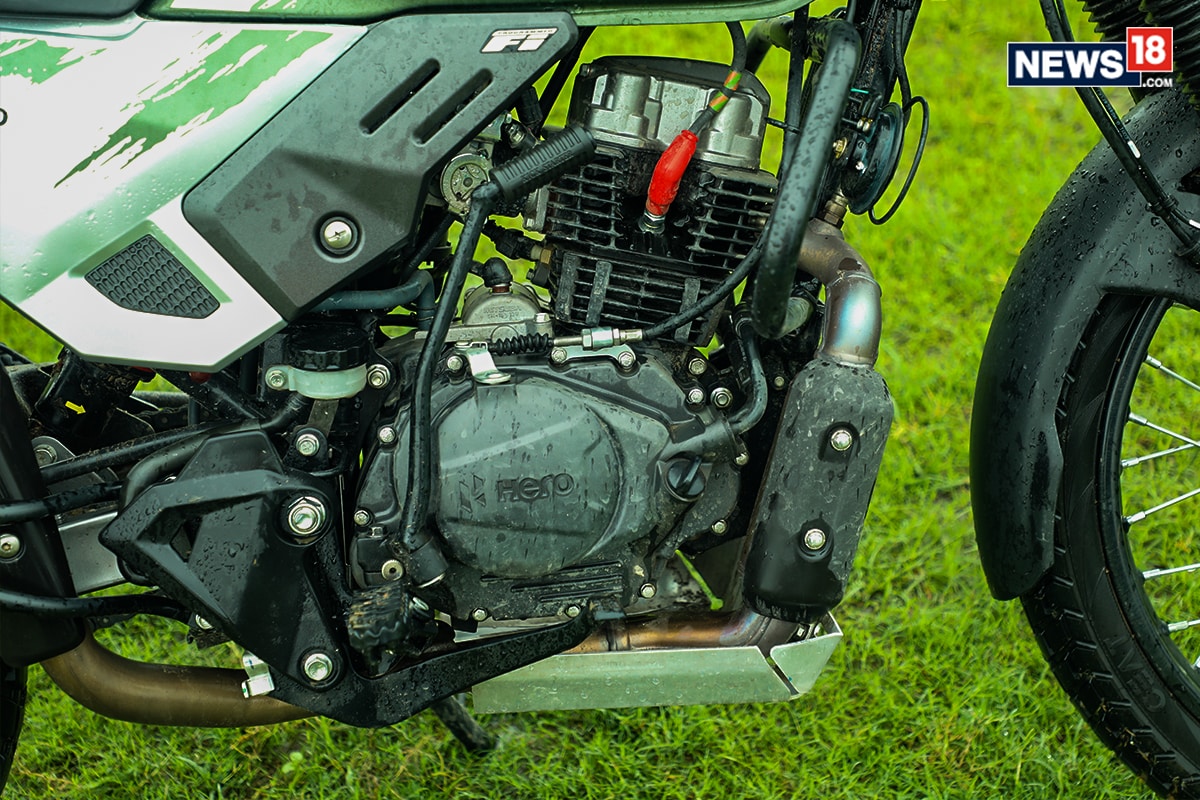 This has resulted in a slight loss of power and torque in the XPulse as compared to the BS-IV model. Now, the engine makes 17.8 bhp and 16.45 Nm of torque which is 0.5 hp less and 0.6 Nm torque less than before. Also, the engine is air and oil-cooled which is a welcome addition and helps the engine keep its cool even when being pushed hard. And lastly, because of all of these changes, the motorcycle weighs 3 Kg more than before and now weighs in at 157 Kg (kerb).

But these are all numbers, in the real world, the motorcycle feels a lot smoother to ride than before as the engine feels calmer doing highway speeds. The XPulse can do 120 km/h if you want it to, but it feels more comfortable at about 90-100 km/h. At higher RPMs there are some vibrations that creep in but nothing at levels that would bother you during your ride. And speaking of the ride, the suspension setup continues to be bang on for city use and highway rides. If you want to do proper off-roading on this, however, you might find the suspension to be on the softer side. 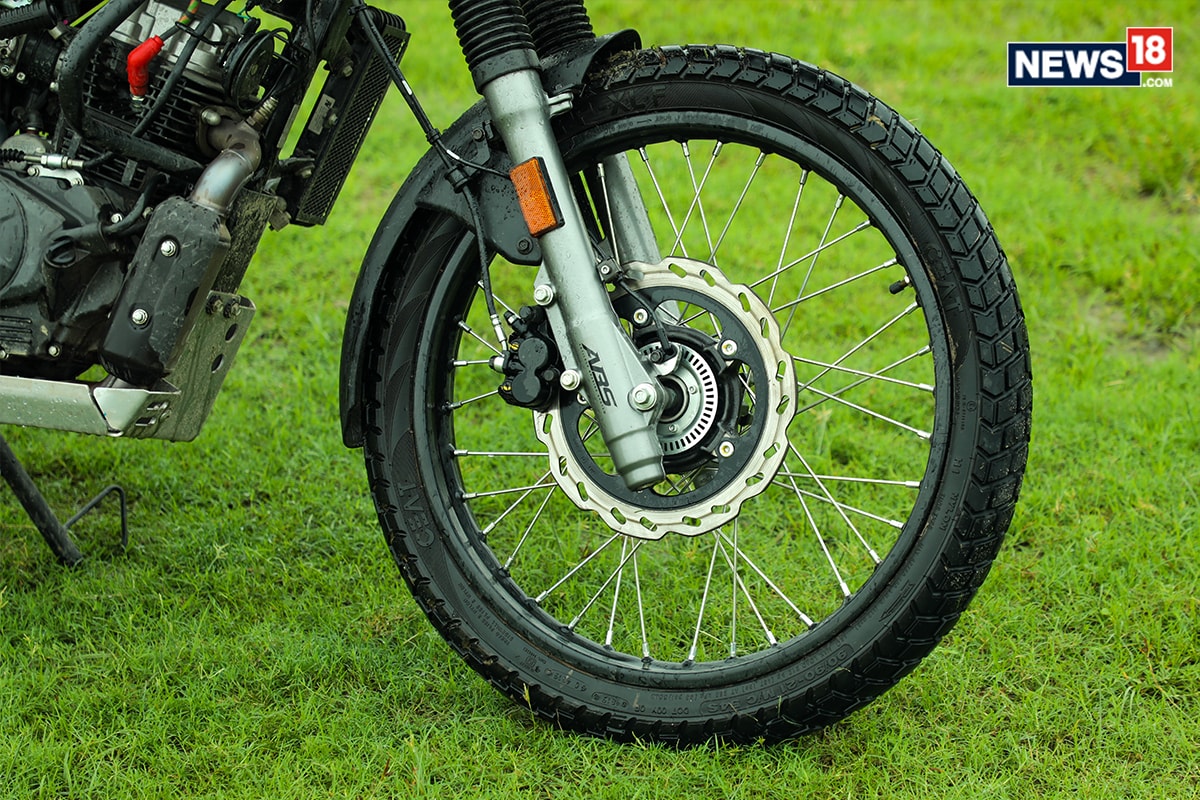 What’s commendable is that the XPulse 200 continues to be an extremely friendly motorcycle that’s forgiving of your mistakes and gives you the confidence to push yourself and get better at riding off-road. And it’s these positives off-road that make it a great road motorcycle as well.

It almost mocks the badly broken roads and potholes and while approaching big speed breakers, instead of worrying, you’ll actually be quite excited for them. This is fit to be your daily commuter and you can turn it up a notch and make it a hobby motorcycle during the weekends. And yes, that is even in its stock setup. As for the price, it has become about Rs 6,000 more expensive than before as it now costs Rs 1.11 lakh (ex-showroom) but even then, it remains to be a great value for money option. 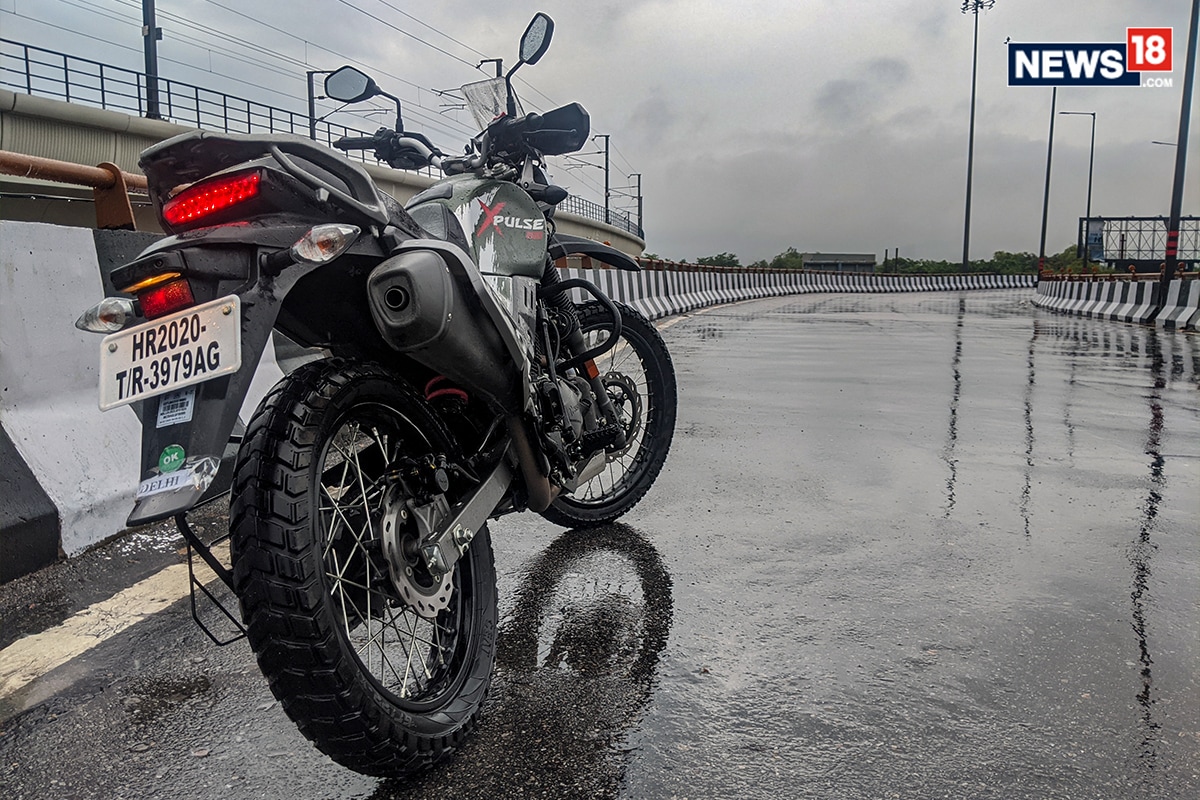 And remember, there’s always the option of putting parts from the XPulse Rally Kit that you can fit into it which gives you the option to put in some heavy-duty stuff. Like an even longer-travel suspension, proper off-road knobby tyres, a larger rear sprocket for a better gear ratio, handlebar risers so you can stand up comfortably and even a higher, flatter seat if you want.

So all in all, the XPulse 200 has filled with potential and will be a great companion even as your off-roading skills continue to get better. To sum it all up, yes the power and torque figures are lesser, yes it weighs a little bit and it’s slightly expensive too. But don’t let any of that stop you if you’ve been considering the XPulse 200 because, to be honest, I cannot tell the difference between the two motorcycles except that this one is smoother to ride. Above all, the spirit of the XPulse 200 has been kept intact. This is a motorcycle that lets you wander out in tricky conditions, have fun and have that adventure experience in a budget.

Over time, improve your skills, put in some parts from the Rally Kit to improve the motorcycle as you get better and soon, you’ll be playing with the big boys and you could be putting a lot of them to shame, mind you. That’s how good this motorcycle is – it is a great starting point. So if you’ve been thinking about it, just go right ahead with it.