Hero MotoCorp is busy establishing a new X range of motorcycle offerings and the fastest one in their lineup is the Xtreme 200S. We get astride the latest Xtreme at the Buddh International Circuit to see whether it offers just sporty looks or more.

Manav Sinha
There is a lot of action happening in the world of Hero MotoCorp as they are busy establishing a new X range of motorcycles. It started with the Xtreme 200R which we tested at the Buddh International Circuit last year, there’s also the XPulse 200 and the Xpulse 200T. The fourth offering in this lineup which completes it is the Xtreme 200S which we also got to sample at the Buddh International Circuit. Here’s how it went.


Interestingly, the venue for our first ride review of the Xtreme 200S isn’t the only thing that is similar to the Xtreme 200R because well, both the motorcycles are almost identical.

Let’s start with the looks. There are several subtle changes and one big one.

The subtle changes are the likes of th3 side panel which now has a carbon-fibre styled finish, the alloys have a red stripe on them, the rear panel is now body coloured as opposed to the all-black panels in the Xtreme 200R and the exhaust is also different and now, it looks better. The big change is at the front – which is the all-new fairing.

Now I have to be honest, at first, I wasn’t really sure about the styling but the design grew on me and it did that quickly. I have to say, that this is a rather pretty motorcycle. The design is a bit unconventional because it seems like the bikes from the 90s thanks to the headlamp design. The dark tinted flyscreen and the headlamp bezel add some character too and overall, the motorcycle looks proportionate and not front-heavy, something that faired versions of street naked motorcycles tend to look like. All in all, full marks to Hero for getting the design of the Xtreme 200S bang on. Hero Xtreme 200S gets a different exhaust as compared to the Xtreme 200R that looks better. (Photo: Hero MotoCorp)

In terms of features, the 200S gets a new instrument cluster which feels a lot more up to date and also incorporates turn by turn navigation which can be used through an app from your smartphone which connects to the motorcycle via Bluetooth. Lastly, the Xtreme 200S gets one more tooth in the rear sprocket and thanks to the added bodywork, the kerb weight has gone up by 1 kilo. And well, that’s about it. Everything else is identical to the Xtreme 200R and that’s not a bad thing at all. 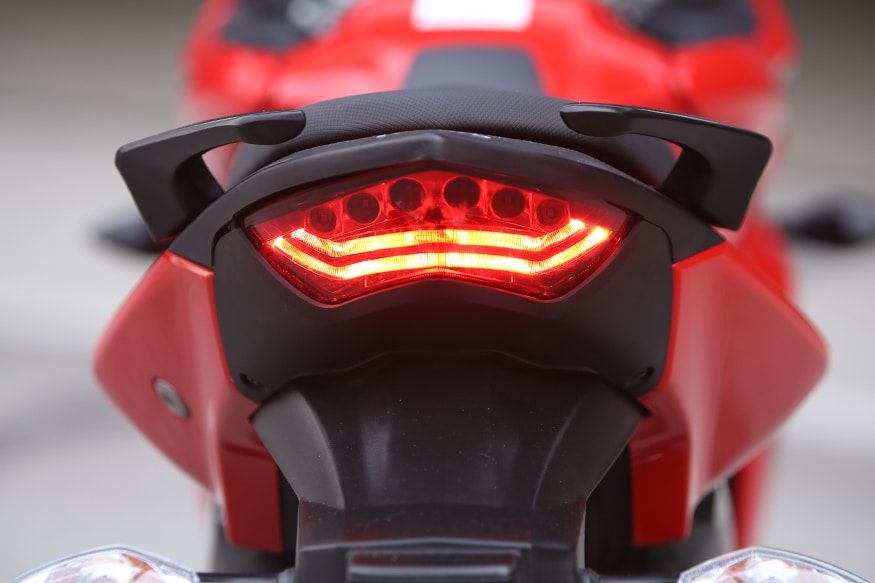 It continues to be powered by the same 199.6cc single cylinder engine that makes 18.4 PS of power and 17.1 Nm of torque, that comes with a 5-speed transmission and the rear monoshock is 7-stage preload adjustable. And all of these things come together to make for an extremely playful motorcycle that is fun to throw around corners and makes for enjoyable spirited riding experience. The bike feels stable through corners and can take on whatever you throw at it, it will feel pliant even when the foot pegs are scraping. Don’t get us wrong, though, it is not a sports motorcycle but rather a sporty commuter. 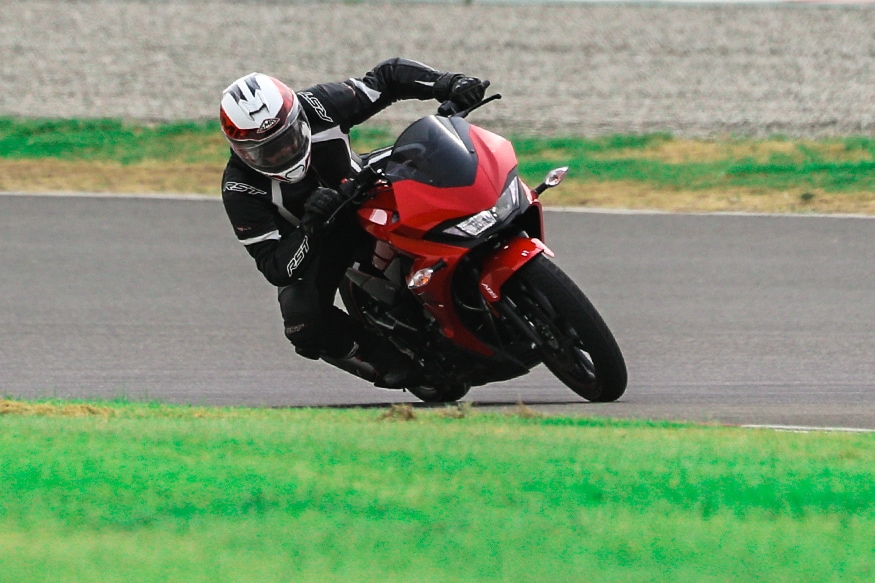 The Hero Xtreme 200S feels comfortable even when it is pushed hard through corners. (Photo: Hero MotoCorp)

However, the only thing that works against it is this very engine which feels a bit underpowered especially because the entire setup feels like it can take so much more. But this is where the biggest trump card for the Xtreme comes in. Priced at just Rs 98,500, it makes it one of the best value for money sporty commuters available in the country. And let’s not forget, while looks are subjective, we find to be one of the prettiest bikes that cost less than a lakh.

To sum it up, Hero has got the basics right and it will be interesting to see how the audience responds to their comeback to the full-faired motorcycle market.