Honda has launched the CB350RS scrambler in India. While the segment caters to a narrow niche, here's is how the motorcycle fairs against the Royal Enfield Meteor 350.

Royal Enfield has a grounded dominance in the retro classic segment in India. With the segment getting crowded with the most potent models, the dominance of the Classic 350 has been rooted. And as the competition gets stiffer by the day, Royal Enfield introduced the Meteor 350 that screams improvement from the Classic 350. What is touted to be as things-picked-up after the Thunderbird, comes with a newly developed engine and chassis.

Among the competition that we mentioned above is Honda’s latest H’Ness CB 350. Hence, we put both the motorcycles to see how that fair on paper.

The Meteor 350 is a serious departure from the rest of its stablemates in terms of design, but manages to work with RE’s same design language that has evidently wooed so many Indians. It gets a teardrop-shaped fuel tank, round halogen headlamp unit that sports an LED ring around it. It gets a split-seat design, low and sculpted rider’s seat, raised handlebars and forward-set footpegs. 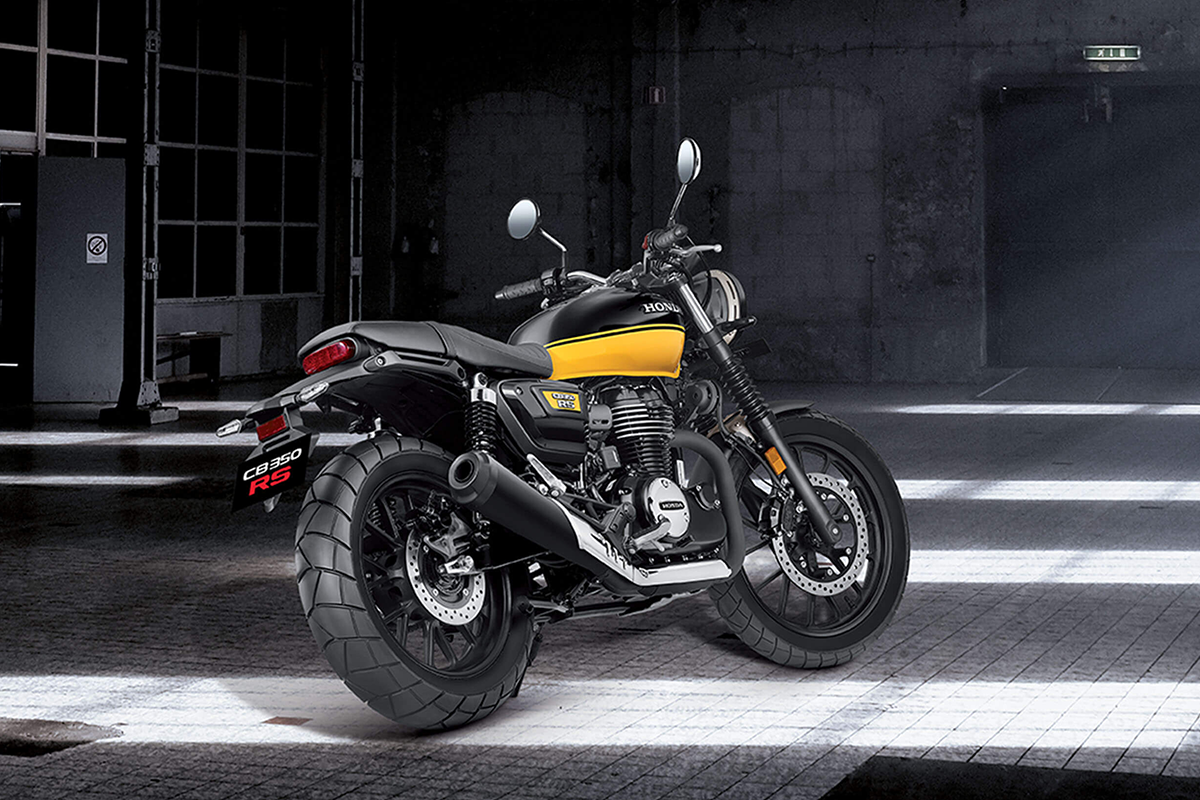 The Honda CB350RS is based on the same platform as the Honda H’ness CB350 which was launched last year, however, it gets several changes. This includes a blacked-out design theme that the CB350RS has as opposed to the chrome-finish that the H’ness CB350 has. This includes side panels, front and rear fender, headlamp encasing, front suspension, rear suspension, horn, all being blacked-out. There is still some chrome, through, on the engine, which has remained unchanged in terms of looks. The exhaust, on the other hand, has a lot less chrome than before.

Other changes include a new LED tail lamp design, new LED indicators, a new skid plate under the engine, front fork gators that have been given on the CB350RS and a different seat design. Lastly, it gets different tyres front (100/90) and back (150/70) which have bigger block patterns which gives the motorcycle a scrambler-like look. One of the major changes from its classic lineage would be the new instrument cluster. It gets an analogue speedometer, along with LCD display for fuel-gauge, gear-position indicator, tripmeter, odometer, clock and service reminder. In the Meteor there is also a secondary TFT display that displays turn-by-turn navigation in tandem with Google.

The motorcycle gets brand-new switchgear with rotary dials for lights and engine kill/start. On the top-spec Supernova variant, the motorcycle also comes with a windscreen. RE is also providing a plethora of customisation options including different seats, larger footpegs and plenty of other touring accessories. Other than these aesthetic changes, the motorcycle has one design change in the form of new rear-set footpegs. The CB350RS remains identical to the CB350 H’ness in every other way.

It also gets the identical semi-digital instrument cluster that shows information like gear position indicator, distance to empty and real-time fuel consumption.

Additionally, the Honda CB350RS also carries over the Honda Selectable Torque Control (HSTC), which is their traction control system that is switchable, along with dual-channel ABS. The Meteor is powered by a 349-cc, air-cooled, single-cylinder engine that outputs 20.4PS and 27Nm of torque. While the figures might not indicate a giant leap from the Thunderbird, RE has brought about major changes in the unit’s architecture. It now uses an SOHC setup that departs from RE’s archaic pushrod setup. This means fewer vibrations and smoother power delivery. The thump still exists but is more smooth now.

The Hond H’ness comes with a 348-cc, air-cooled, single-cylinder as well. This produces 20.07 PS and 30 Nm of torque which is more than the Meteor. In addition to this, the H’ness CB 350 also benefits from slip-and-assist clutch and torque control system.