All the Cities in India With Electric Bus Service - Lucknow, Hyderabad, Sabarimala, Delhi and More

Here’s a list of the cities where the electric buses are already running on a trial basis or have started the full-fledged commercial operations.

According to a study from the World Health Organization, 9 out of every 10 people in the world breathe air that contains high levels of pollutants and kills 7 million people each year. Vehicular pollution has been a major source of air pollution and efforts are being made on a global scale to reduce the vehicular pollution as much as we can in the shortest possible time span. Electric vehicles are one such way to tackle the rising pollution level.

However, replacing the conventionally fuelled vehicles (gasoline/ diesel/ CNG) with electric vehicles needs a lot of R&D effort, infrastructure cost and willingness of consumers to spend extra on vehicles. In a market like India, all three possibilities will take years of hard work and constant effort from both central and state governments. What can be done, though, is implement the EV policy on commercial vehicles like intra-city buses.

A bus has to run a limited kilometres a day (say 200km) and can be charged using a charging station installed in the depot itself. The Government of India has realized the potential of electric buses and pushing for more and more e-bus to ply on roads. The Ministry of Urban Development of the country recently launched the Green Urban Transport Scheme (GUTS) with the aim to reduce carbon emissions from the public transport vehicles in the country. The ministry proposed an INR 250 billion grant for developing electric vehicles for public transport.

And a lot of state governments are also supporting the cause. Electric bus manufacturers like Ashok Leyland, Goldstone Infratech, Tata Motors, JBM Auto, Solaris, BYD are all working with various state governments to electrify our public transport. Here’s a list of the cities where the electric buses are already running on a trial basis or have started the full-fledged commercial operations. 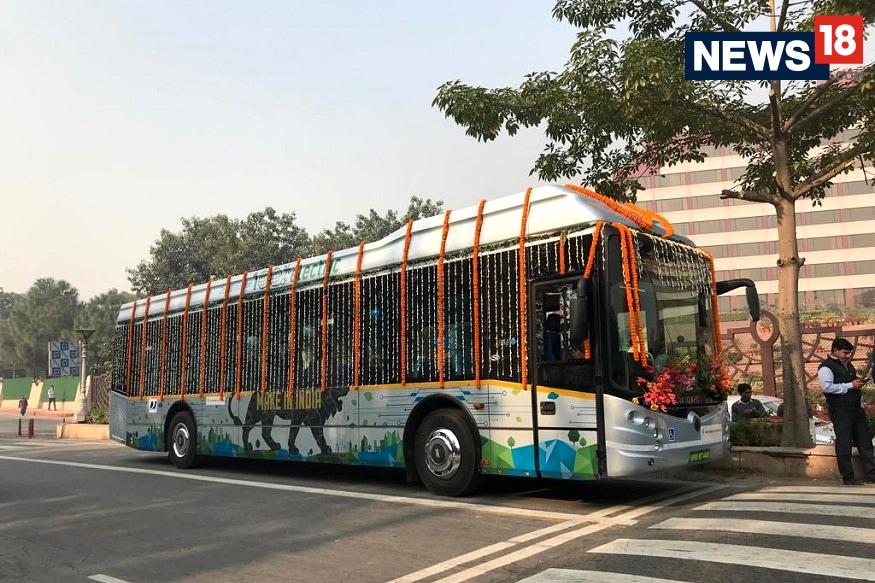 In a move to combat the increasing pollution levels in the capital city of India, the State Government of Delhi initiated the trials of Olectra-BYD’s 12 Meter electric bus – eBuzz K9 with a 35+1 (Driver) seating capacity. The ‘Make in India’ eBuzz K9 from Olectra-BYD will run on route number 534 between Anand Vihar ISBT to Mehrauli Terminal. These trials, which will be conducted for 3 months, will enable the authorities to evaluate the efficiency and competency of the buses in the standard road conditions of Delhi.

Also, JBM Solaris Electric Vehicles Ltd’s, 100% electric bus Eco-Life is on a trial run in Delhi. The company claims that Eco-Life, a Zero Emission Vehicle can save 1000 tons of carbon dioxide and 350,000 litres of diesel over 10 years of operation. Powered by fast charging lithium batteries, the bus can run 150-200 kms in 10-15 hours of city bus operation, depending on the city’s traffic conditions. 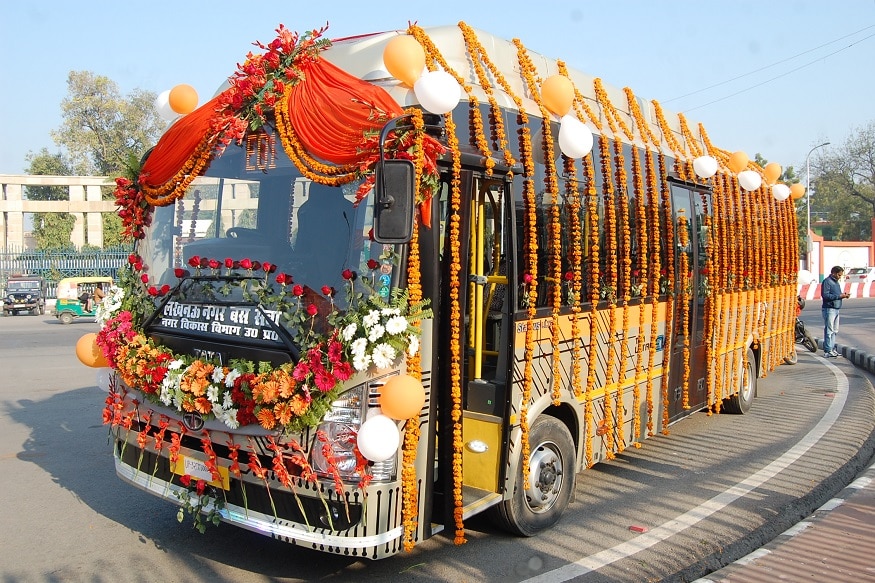 Tata Motors will be supplying 40 units of the Ultra 9m AC Electric buses to the Lucknow City Transport Services Ltd (LCTSL) in a phased manner, within the next four months. The first Ultra 9/9m AC Electric bus was flagged off in Lucknow by the Minister of Urban Development, Suresh Kumar Khanna along with dignitaries from LCTSL and Tata Motors recently. The new bus will begin its journey from Alambagh depot. Manufactured at Tata Motors and Tata Marcopolo Dharwad plants, the Ultra Electric buses will have a travelling range of up to 150 kilometers on a single charge. The company has installed a charging station at the Alambagh depot for fast charging of buses.

In a first of its kind move, the pilgrims of Sabarimala can now travel in zero emission electric buses from Olectra – BYD. The company started the service with eBuzz K7 model, under Kerala State Road Transport Corporation (KSRTC). These Buses are manufactured in India by Olectra Greentech (Formerly Goldstone Infratech) in a strategic tie-up with BYD Auto Industry Co. Ltd. The 9-meter air-conditioned low floor buses have a capacity of 32+1 (driver) and has a range of 250 kms in a single charge. The high-power AC charging system enables the battery to get fully recharged in between 2-3 hours. Goldstone Infratech Limited’s Zero Emission electric bus has officially started running under Himachal Pradesh Transport Corporation. The 25+1 seater Goldstone eBuzz K7 will ply between the Kullu-Manali-Rohtang Pass. This bus from Goldstone Infratech has the distinction of successfully completing trials at a steep gradient and over 13,000 feet altitude for the first time in the country. The bus which has been Made in India by Goldstone Infratech Ltd. has been certified by Automotive Research Association of India (ARAI), after extensive testing at part level and vehicle level at various testing facilities.

Electric vehicle manufacturer Olectra-BYD has said it has signed an agreement with Uttrakhand government to deploy 500 AC Electric Buses in the state with an investment of Rs 700 crore. As per the pact, Hyderabad based Olectra Greentech in a strategic tie-up with China's BYD Auto Industry will deploy the Made in India' eBuzz K7 (9 meter) and eBuzz K9 (12 meter) electric buses in the state. Olectra-BYD has started trial run for one month between Dehradun to Mussoorie and the charging infrastructure has been installed at Dehradun. The bus offers state-of-the-art technologies like CCTV camera, GPS navigation, panic button and many more to ensure the safety of passengers.

Olectra-BYD has begun commercial operations of eBuzz K9 eBus under the Telangana State Road Transport Corporation (TSRTC). These buses are part of a contract for deployment of 40 AC electric buses which TSRTC awarded on Gross Cost Contract basis to Olectra-BYD. The Department of Heavy Industry, under the Faster Adoption and Manufacturing of Hybrid and Electric vehicles in India (FAME-I) scheme has provided a subsidy of Rs 1 crore for each bus to Telangana. The 12-meter air-conditioned low floor buses having a capacity of 39+1 seats will ply from different locations in Hyderabad to Hyderabad International Airport.