Home » News » Auto » Iconic Jawa Motorcycle Brand and Its History - How It All Began, India Launch and Yezdi
4-MIN READ

Iconic Jawa Motorcycle Brand and Its History - How It All Began, India Launch and Yezdi

Before Jawa launches its 300 cc bike in India, here's a brief history and timeline of how and when this brand became a cult?

Arjit Garg
For people in India born before 1980’s Jawa, Royal Enfield, Yezdi and Rajdoot were the household names. Jawa, among these, had a cult following back in the days, something which the Royal Enfield enjoys now. Till 1973, Jawa motorcycles were sold in India, before being replaced by the Yezdi bikes and their owners loved them to the moon and back. But things changed post 90’s globalization as more and more two-wheeler manufacturers, especially those from Japan stated eyeing India as a potential market. These big, bulky, shiny and iconic motorcycles were replaced by compact, frugal and easy-to-use scooters and bikes. Only Royal Enfield survived the paradigm shift in the industry.

Click here to read more about the Jawa 300 motorcycle in detail!

But in late 2016, Indian conglomerate Mahindra and Mahindra not only acquired the British motorcycle firm BSA, but also got hold of the licence to produce and sell Jawa Motorcycles in Indian subcontinent. Things went cold again for 2 years before something unexpected happened. Anand Mahindra, Executive Chairman Mahindra Group tweeted the comeback of iconic Jawa brand in India by this year.

And now, 4 months after Mr. Mahindra confirming the Jawa entry in India, the brand will launch a 300cc motorcycle today – on 15th November 2018. The new bike with 293cc engine will sport a retro styled body with a lot of chrome treatment and will compete against the Royal Enfield 350 in India. Here's a brief history and timeline of how and when this brand became a cult-

The founder of Jawa Motorcycles, František Janeček was born on 23rd January, 1878 in Klaster, a small village in Bohemia (modern-day Czech Republic). He studied mechanics in Prague, receiving his degree from the Berlin College of Engineering. While serving on the Italian front during World War I, he developed a flurry of designs, patenting over 60 inventions.

He purchased the motorcycle business Wanderer from German manufacturer Winklhofer & Jaenicke, along with the design and tooling for the new Wanderer 500 motorcycle. Combining the first two letters from "Janiček" and "Wanderer", the first Jawa motorcycle was conceived - the Jawa 500 OHV.

To serve the masses, Janeček knew he needed a decided to build a lightweight and economical motorcycle and recruited G.W. Patchett - a renowned British engineer with prior racing experience. Patchett’s started by using the 175cc Villiers two-stroke engine and the new Jawa 175 became the most popular motorcycle in Czechoslovakia. Subsequently, Jawa discontinued production of the 500cc OHV. 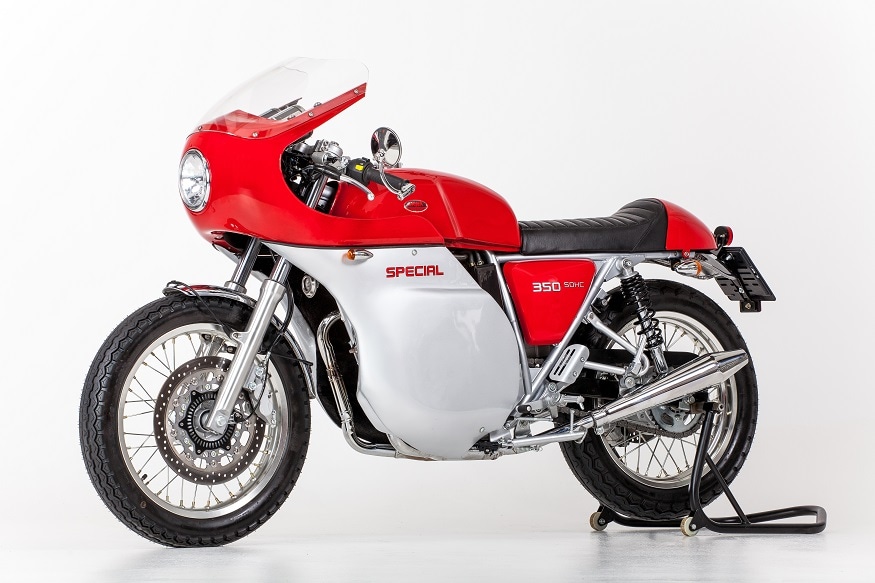 Janeček developed the Jawa 350 SV four-stroke in partnership with Patchett. The outbreak of World War II put a pause on the production of Jawa motorcycles. Although the Jawa factory was forced to make armaments under Nazi occupation of Czechoslovakia, Janeček kept working in secret.

His next line-up of motorcycles would famously go on to be called the Jawa "Perak". Janeček mounted SS stickers on his bikes and coated his bikes in the same shade of green as the German vehicles.

Janeček’s son Karel took over the business and continued to work on his father’s designs. In 1941, Janeček succumbed to long-term illness and breathed his last on June 6th.

The Perak made its debut public appearance at the 1946 Paris Motor Show. It won a gold medal. The bike had a plunger suspension in the rear, telescopic forks up front, a square-section steel tube frame, and a now legendary multi-disc wet clutch integrated into the gearbox. Designed by J. Josíf and J. Krivka, the Perak was built around a new 249cc two-stroke single unit engine/gearbox construction.

In 1948, Jawa was nationalized and exports to third-world countries boomed. The nationalisation also merged Jawa and CZ, creating a single brand - Jawa-CZ.

Jawa motorcycles were exported to 120 countries across the globe. Founded by Rustom and Farrokh Irani, the firm Ideal Jawa began importing Jawa motorcycles into India. Recognising the demand, Jawa established a factory in Mysore in 1961 with support from the king at the time, Jayachamarajendra Wodeyar. Between 1961 and 1971, Ideal Jawa manufactured the 250 Type 353/04 under licence. Jawa motorcycles quickly earned a reputation for being rugged, simple, and unbreakable.

By 1971, the Ideal Jawa company manufactured and sold the new motorcycles under the name "Yezdi" with technical assistance from Jawa.

Chained by export restrictions under the communist regime, Jawa fought back, eventually outlasting it. To this day, Jawa motorcycles continue to be manufactured in several parts of Europe. However, Indian operations were shut in 1996, with brand going defunct.
Arjit Garg