Here’s an excerpt from an interview with Mamatha Chamarthi, Chief Digital Officer, ZF, on the growing importance of technology in automobiles, road safety, autonomous cars and more!

The automotive world is divided into two schools of thoughts today – the first one wants to keep the mechanical component of a car intact, for that fun filled drive. The other one, is fiddling with electronics and digital components to make cars a safer, easier and user-friendly way of transportation. While we won’t take any sides here, the latter, obviously, is the need of the hour!

“Every year 1.3 million people around the world get killed in car accidents. At ZF we really want to change this”, said Mamatha Chamarthi, Chief Digital Officer, ZF Friedrichshafen AG during a dinner night hosted by ZF on the outskirts of Bregenz, Austria. Safety, indeed, is the paramount requirement for any automobile manufacturer and companies like Volvo has excelled at it.

However, not all can make cars, let alone safe cars. In comes component manufacturers like ZF Friedrichshafen AG, who are not only focusing on safety, but are also mixing technology with mechatronics to yield well-behaved cars (that’s what we like to call an autonomous car!)

No wonder then, ZF has a position of Chief Digital Officer, who looks after the whole digital-mechanical marriage! Here’s an excerpt from an interview with Mamatha Chamarthi, Chief Digital Officer, ZF Friedrichshafen AG, on the growing importance of technology in automobiles, road safety, autonomous cars and more- 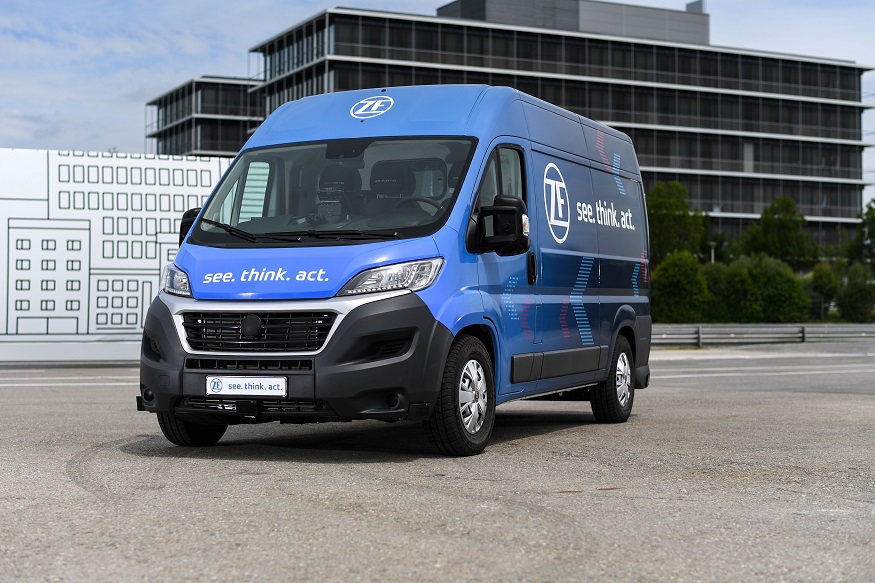 News18 – Tell us about the increasing importance of Technology in Automobiles?

Mamatha Chamarthi – I have been in the automobile industry for over 20 years now. Initially, while I was at Chrysler in 1996, technology used to be a back office function. Today, technology and digital has become the frontend function in vehicles and has turned automotive industry, which has been focused for more than 100 years on mechanical engineering competence, on its head.

News18 – What are the technology trends disrupting the automotive industry?

Mamatha Chamarthi – The 4 major macro trends disrupting the automotive industry are – Autonomous, Connected, Electric and Shared Mobility. For autonomous and shared mobility, you need to have connectivity to the car to get data in the real time. The connectivity in today possible because we have better networks.

News18 – How road safety can be improved through Autonomous Cars?

Mamatha Chamarthi – 95% of the accidents around the world are caused due to human error. For us to improve beyond human abilities, we need to have right computational power along with storage capacity in the car, so that the brain in the car can mimic the neural network, to take the people in the car safely. There are no forward facing seats with fixed seat belts and airbags. You need to adapt for passive and active safety components.

News18 – What’s the ZF’s approach towards the Future of Mobility?

Mamatha Chamarthi – ZF has over 100 years of strength in building auto components and now we are partnering with technology companies like Baidu, NVIDIA to create artificial brain inside a car. In our at ZF Technology Day 2018, we brought Automated Depo and Innovation Car, where we can bring mechatronics along with digital capabilities to deliver on automated driving and new business models where the personal ownership is shifting towards shared mobility. The Future of Cockpit from ZF Without steering wheel and pedals. (Image: ZF)

News18 – What is the Sound AI system?

Mamatha Chamarthi – In 2017, we had an External Pitch Night and 50 startups participated from 15 countries. Two of our employees saw an acoustic based startup and thought that today we rely only on optic based sensors like camera, LiDar and Radar. But we don’t have hearing as sensory input. So they came up with an idea to add a microphone as a sensory input to the car so that the driver can be notified in case the Ambulance is approaching. With the help of cameras, it can then suggest the driver to move away from the Ambulance path to an empty lane.

News18 – What is the Car e.Wallet system?

Mamatha Chamarthi – Imagine you and your partner are going in a Restaurant in an Autonomous Car and the car goes to parks itself. Who will pay for car parking? So we enabled a Blockchain powered financial engine in autonomous car that has now enabled an autonomous car to pay for parking, toll, charging, fuel etc.

News18 – What do you have to say about pollution in India?

Mamatha Chamarthi – There are so many deaths that are not only caused by accidents in India, but are caused by fatal diseases which are a result of enormous pollution. So I think electric car is a solution to address the grand challenge of pollution.

News18 – Are the Autonomous Cars a viable transport solution in India?

Mamatha Chamarthi – I don’t think the autonomous car in India is a possibility as it is an infrastructure dependent project, which is too capital intensive at this point of time. But you can never say never as it can change in the future.

News18 – What is the future of Autonomous Cars and the automotive industry as a whole?

Mamatha Chamarthi – If you go back in history, Henry Ford once famously said - “If I had asked people what they wanted, they would have said faster horses”. Today cars have disrupted the horse-carriage industry. We are still thinking linearly in the automotive industry where the car is evolving in a driverless car. But is it where the automotive industry is heading? Will the Driverless car will disrupt a car or will Aerial Ridesharing will disrupt the market?