Spider-Man as seen in the Spider-Man: No Way Home alongside the Hyundai Ioniq 5 EV. (Photo: Hyundai)

The upcoming Marvel movie Spider-Man: No Way Home will be featuring two India-bound SUVs, the Hyundai Ioniq 5 EV and the Hyundai Tucson SUV.

If you happen to be a Marvel Studios and Hyundai fan, then have we got news for you! Two Hyundai products, namely the Ioniq 5 and all-new Tucson will feature in the highly anticipated Spider-Man: No Way Home film, which is set to release worldwide on December 17, 2021. In case you’re wondering, this particular campaign is a result of the global multi-picture promotional partnership Hyundai Motor inked with Sony Pictures in May 2020.

“The placement of the all-electric Ioniq 5 and all-new Tucson in ‘Spider-Man: No Way Home’ marks the first meaningful milestone in the strategic partnership between Hyundai Motor Company and Sony Pictures Entertainment,” said Thomas Schemera, Executive Vice President, Global Chief Marketing Officer and Head of Customer Experience Division of Hyundai Motor Company. “We expect great marketing impact from this collaboration. This exciting film and the two vehicles’ inclusion in key moments of the storyline played by the main characters will exhilarate the minds of millions of viewers around the world.” 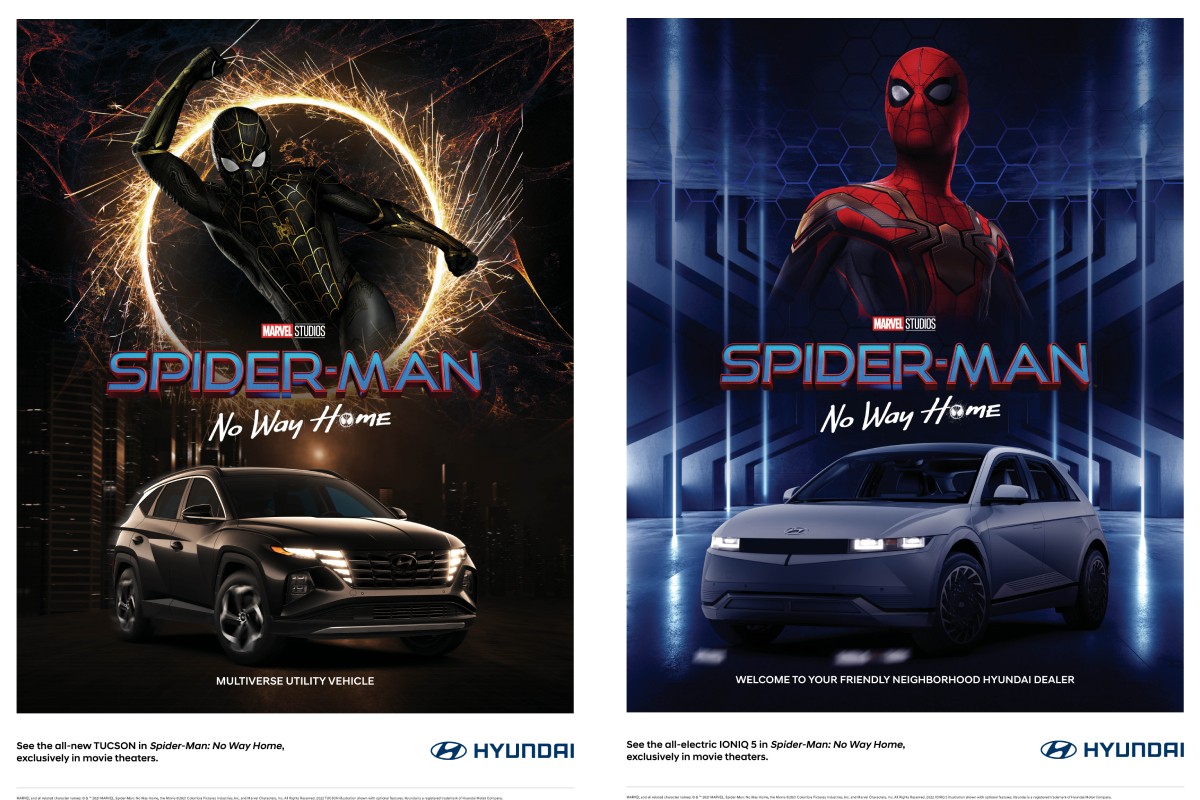 Spider-Man: No Way Home is the third instalment in recent Spider-Man films created by Sony Pictures and Marvel Studios, starring Tom Holland, who plays the role of high-schooler Peter Parker. Alongside him is Jacob Batalon, who plays the role of his best friend as Ned Leeds. In fact, Sony and Hyundai have even created a TV commercial called ‘Only Way Home’ which will showcase Spider-Man bent on clearing his name and comes out of hiding, hitching a 300-mile ride to New York with Ned in the all-electric Ioniq 5.

To add to this, Hyundai Motor has also created a 30-second spot featuring the latest iteration of the Tucson SUV. But, that’s not all, post Spider-Man: No Way Home, Hyundai Motor will organize marketing initiatives related to the upcoming films Uncharted, due to premiere in February 2022, and the sequel to the Academy Award-winning animated film, Spider-Man: Into the Spider-Verse, due to premiere in October 2022.